$3000 and a whole of gravel capability

If you’re one of those people who think consumer direct  sales platforms  will never really take-off nor bring any tangible benefits to the world, prepare to have Canyon Bicycles wreck your day.  By now, most of know the story – Canyon is a German bike brand that upended the industry by not just starting off as consumer direct (aka “mail order” back-in-the-day)  brand and offering lowered prices, but – and this is key – doing so with a level of design, innovation  and engineering that competes with the very best that the traditional dealer based bike industry had to offer.  In short, no other consumer direct brand has amassed the global race winning record that Canyon has  in every segment of pedaling.

AND NOW THE GRIZL ARRIVES 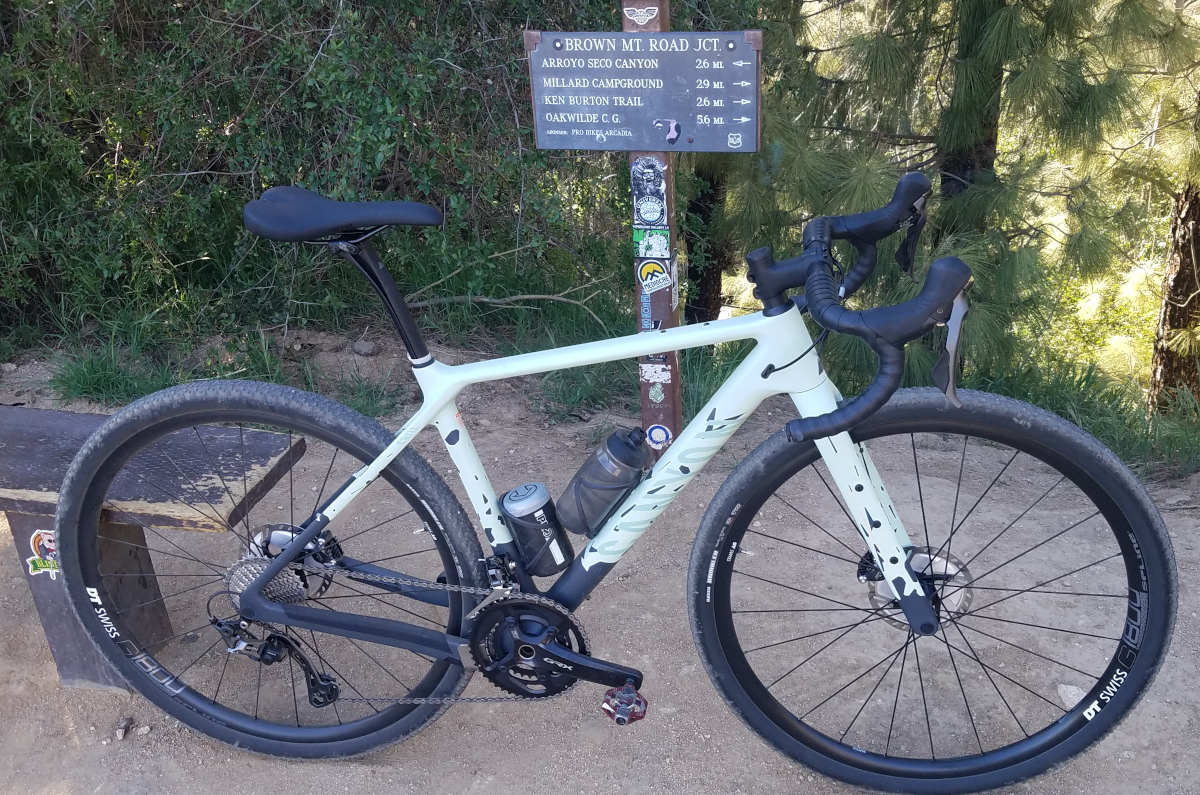 The  six models (see them all here) of the Grizl will be available in seven  sizes (2XS – 2XL) and priced from $2,199 to $4,899. Thankfully, the six  bike line enjoys nary a single black-on-black color treatment and we are instead treated to a variety of finishes that are model specific. Our test bike was the $2999 GR CFSL 8 with the “Matcha Splash” color (above).

The Grizl’s running gear is a full Shimano GRX 800 2x mechanical drivetrain with a pair of 160mm disc rotors. Key to the new gravel bike is both the ample room for 45mm tires and Canyon’s declaration that contrary to many other bikes, the Grizl is not designed to accommodate a choice of 650b or 700c wheels.  Nope, other than the two small frames that are designed to roll on the smaller-sized hoops, the Grizl geometry is 700c specific.

When it comes to the numbers, our small size GR CF SL 8 hit the scales at 18.1 pounds with a 103.6 cm wheelbase and 43.5cm chainstays. The geo chart calls out a 71 degree head and 73.5  degree head angle. As if a well-spec’d, good looking $2200 carbon gravel bike isn’t enticing enough, Canyon says they also have a lower-priced aluminum version in the works, but don’t expect anything soon.

As opposed to the Grail which preceded the Grizl by three years, Canyon says the new bike is intended for more hardcore off-road riding .  Alas, to better describe the bike’s intended use,  Canyon saw fit to  create a new category of dual-purpose riding by describing the Grizl’ s real purpose…verbiage they picked up from the “cool kids” called “underbiking”?!

While we know nothing of what defines “underbiking”  (a subtle admission  that we’re not “cool”),  having been testing gravel bikes for years,  we do know a few things about how  gravel bikes ride. And, silly attempts at newfound naming conventions aside, the Grizl is a solid presentation of of what a purpose-built gravel bike should look like and how it should perform.

Given that  gravel race bikes are enjoy a broader definition than their skinny-tire cousins,  sure, the Grizl too can be a solid race bike.  However, as the modern day gravel bike market continues to be defined by sub-categories,  for us the new Canyon finds itself happily situated in the explorer column. The longer wheelbase  makes the Canyon less of a quick handler.  From the thick handlebar tape to the suspension seatpost and beefy tires, the Grizl can be pedaled through tricky rock and stutter bump sections with eager aplomb.

Of course, it’s those same traits that hold the bike back from being a choice for a group road ride – an option we are still willing to partake  with other gravel bikes  that weigh a skootch less, have a shorter wheelbase  and roll on 40mm tires.  The Grizl’s performance is as much defined by its rough ride capabilities, as it is its level of comfort. Worth noting of course is the variety of mounts for optional  fenders, bags and bottles.

While riders in  the 5’10” range found the small frame fit well, we came away mixed on the short stem. It worked comfortably for some and provided good steering input, but others simply felt cramped. This is where the value of a traditional handlebar/stem combo comes in handy as either component can easily be swapped if needed.

As has become  typical of Canyon, the Grizl maintains a clean, aero-ish  aesthetic with sultry frame shapes and a  compression plate seat “binder” that’s located on the back of the seattube.  One tip we would pass on is to be sure to clean and the inside of the seatpost well and use some carbon paste on the seattube for assembly. On our first ride, the seatpost twisted despite being tight, but by the next ride, with the addition of a schmear of carbon paste, all systems were go.

While price alone is never an accurate indicator of any bikes worth (on either the high or low end), as with any discussion of a new Canyon, it’s simply too hard to avoid. For $3000 there was not one test rider who could cast an  unfavorably eye upon the Grizl.  The bikes ship to the consumer in a box that includes  spare innertubes, platform pedals, a  handy torque wrench as well as other assorted sundries (great bottle cages by the way) and the only assembly required was bolting on was the front wheel and slipping in the seatpost. Easy-peasy! 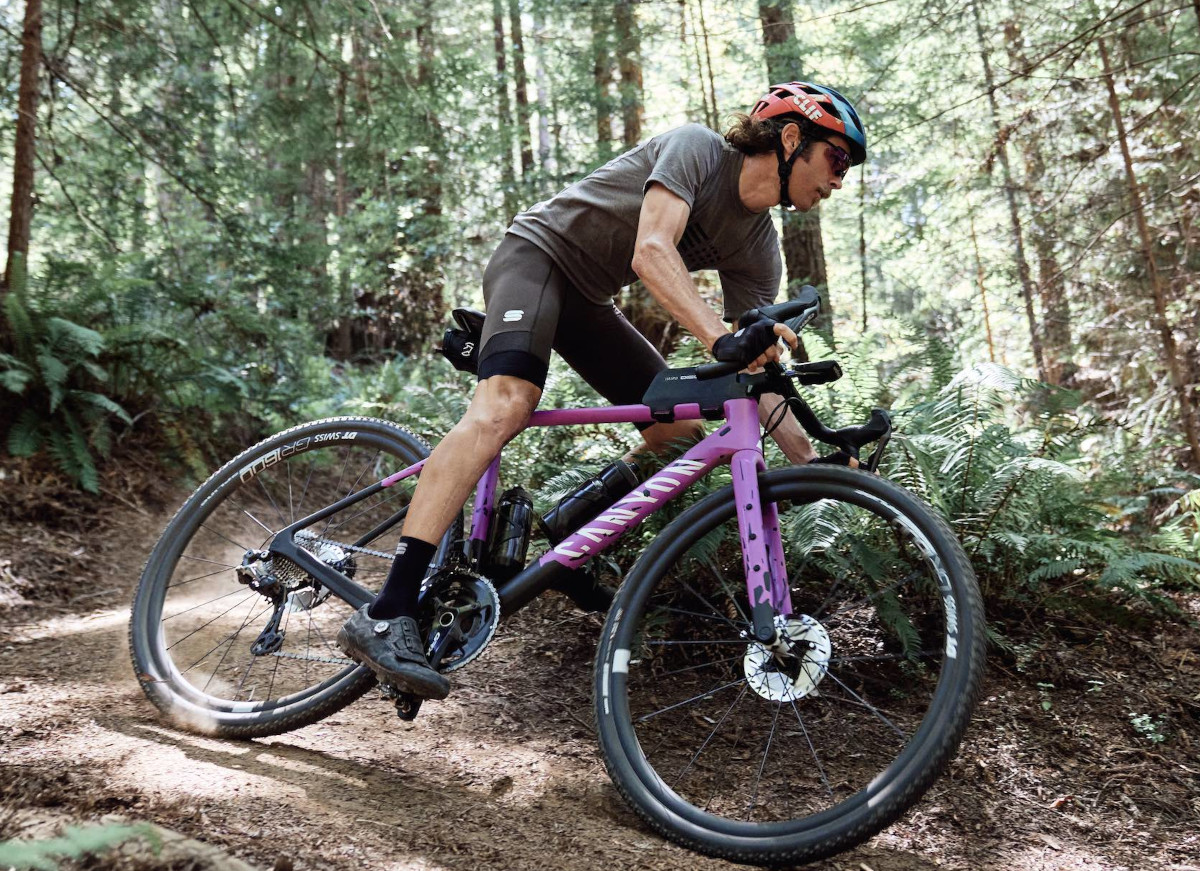 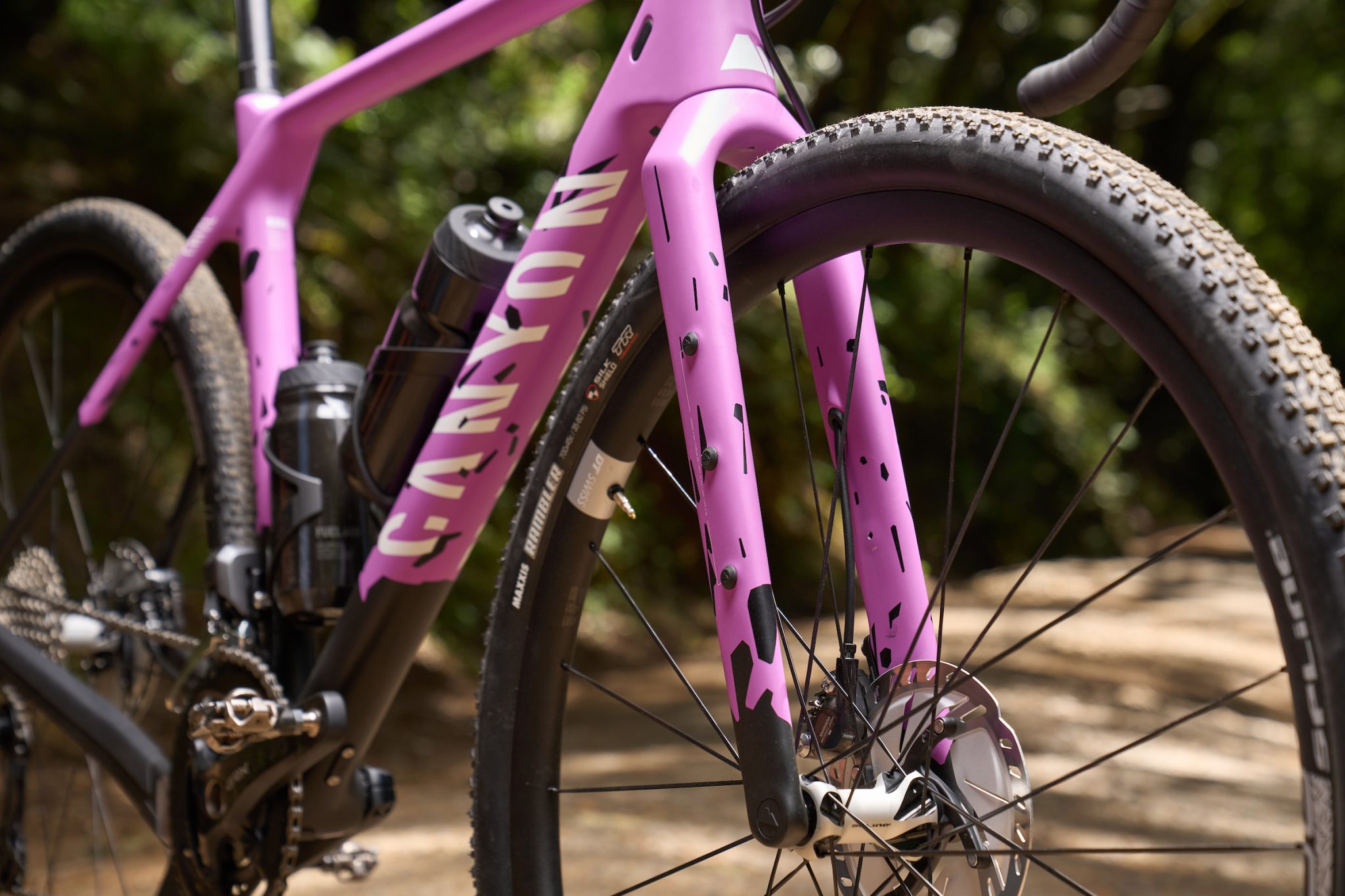 A NEW FREE TOOL FOR FINDING THE OPTIMAL TIRE PRESSURE