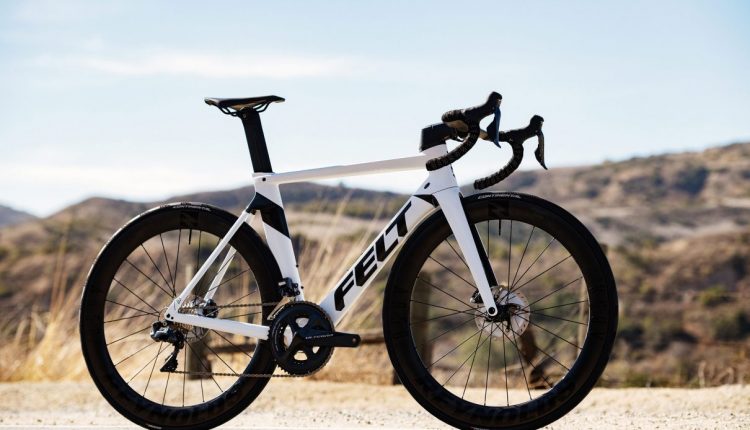 Felt has revamped their drop-bar catalog over the last few years by adding disc brakes to their VR road bike and by releasing big tire, gravel options in the form of the Breed and Broam.

For 2020, Felt upgraded their AR, the aero road frame many manufacturers like Trek, Cannondale and Specialized often established as a reference point, and cited as a target to beat when designing their own frames.

Felt unveiled two models of the AR Advanced, available in either a Shimano Ultegra or a Shimano Ultegra Di2 build.  They have two color options for the build, white or blue. A frameset only option is available in a gray shade as well.  The new AR will begin shipping on March 31st. We expect the higher-end Felt Racing Design models that accompany the Advanced tier frames, to be announced around the same time.

They have improved the aerodynamics to meet the needs of modern road riding. The old frame featured classic airfoil shaping throughout, new for 2020, Felt used truncated, D-shaped airfoils. The new tube shaping performs better in the most common yaw angles while maintaining overall performance in all conditions.

The rear of the seat tube flares out in a patented design Felt calls the Fish Lips. Its purpose is to encourage smooth airflow across the wider tires like the 25mm Continental Grand Prix 5000s spec’d on the bike.

In the development process, Felt asked AR owners what they wanted to see upgraded and disc brakes were a top answer. For 2020 the AR has gained flat mount disc brakes on the frame and Felt will no longer make a rim brake compatible version. This now allows the frame to accept up to 30mm tires.

The addition of disc brakes means the AR now has thru-axles as well.

Thru-axles not only give the frame a clean and aesthetically pleasing  look but they improve the ride quality.

Felt cleaned up the front end of the AR too. A semi integrated cockpit made entirely of Felt’s in-house parts brand Devox. The handlebar is similar to Easton’s EC90 aero bar. The cables and hydraulic lines are completely hidden the the cockpit until they reach the frame. Don’t fret, the AR still has a standard inch and an eighth steerer tube which means the frameset is compatible with nearly any standard road stem.

Like most modern aero bikes the AR has an improved ride quality ride the upgrades from above add up to a smoother more predictable ride. Gone are the days of aero bikes that are only meant to move in a straight line on a perfectly smooth road or face the consequences. Felt achieved this in their own unique way.

They use a proprietary sleeve and split seat post for the AR. A silicone cover fills in the slot to allow extra compliance at the saddle.

We took the Felt AR out for its first ride in Ojai California.  Over the winding and rolling hills of our ride, the AR felt smooth and planted. Once up to speed, the aero-optimization of the frame and 58mm Reynolds wheels are appreciated, the AR likes to hold speeds over 25mph.  The relatively high weight is only noticeable on the steepest of climbs otherwise, we appreciated the semi-compact Shimano Ultegra di2 gearing and the buttery smooth ride the AR offers.

With all the compliance talk, some may think the AR may have lost some stiffness, but that isn’t the case. On the road, the AR responds quickly to rider inputs. It is stiff in the bottom bracket and boasts a short 98.8 wheelbase.

On rough, washboard-like pavement the AR does chatter throughout, a wider set of tires should handle the shaking. However, the ride quality is significantly improved and on par for a modern road bike.

We are looking forward to continuing to ride the AR. Its high-performance handling has already been proven with race wins by the Rally Cycling team this season. With its top-notch on-road compliance, unique frame design and responsive handling the AR is once again a pinnacle of modern aero road bikes. 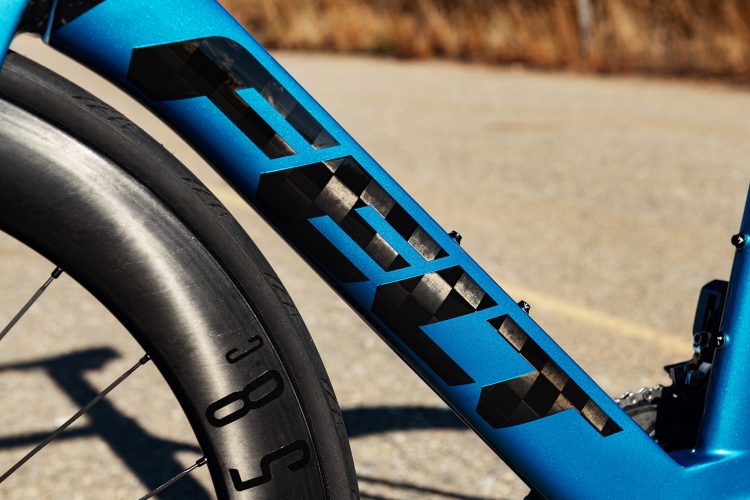