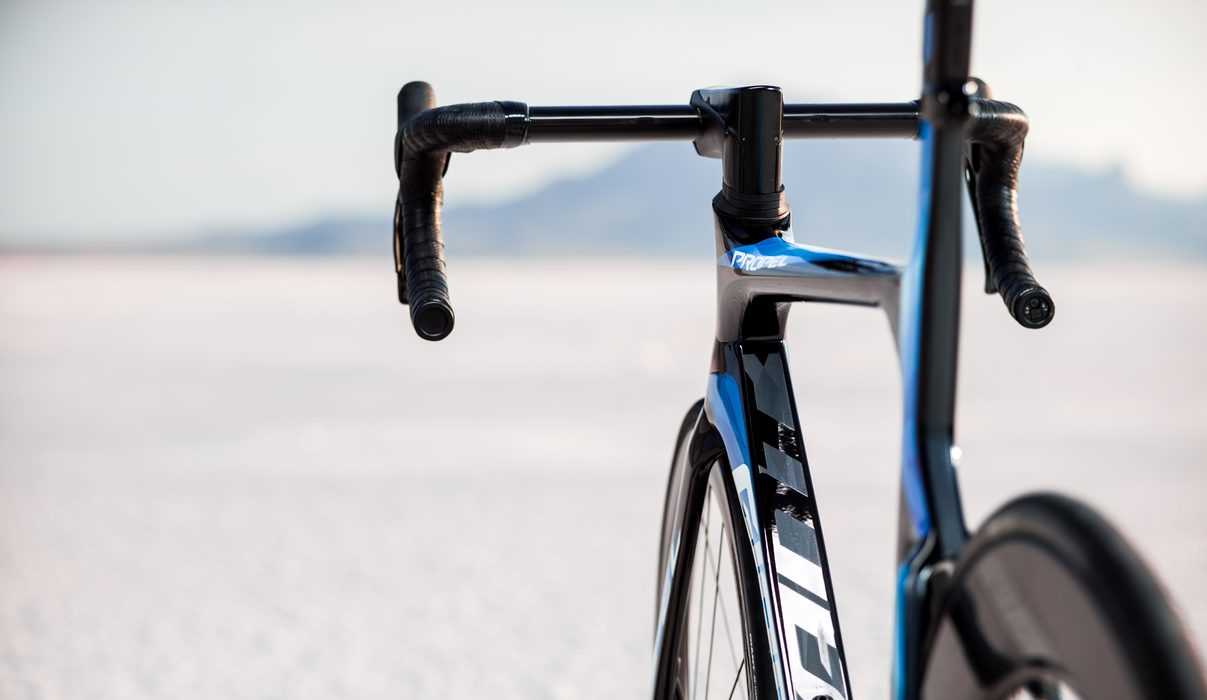 Following the release of their successful Propel back in 2014 Giant began immediately working on their next generation where they would look to tackle new fronts to make their current Giant Propel SL Advanced Disc a much more successful bike in every direction with more aerodynamic being their number one goal. Besides a completely new frame geometry which involves an all new tube structure Giant first looked at if and how they could make a disc road bike more aerodynamic then their previous Propel which came with standard rim brakes.

Giant went to the drawing board with their go to wind tunnel in France; ACE wind tunnel, to find out if they could build an aero bike around a disc brake set up with reaching more aerodynamic features. They proved this to be possible. From there Giant built a completely new Propel which is disc equipped, an aerodynamic superior bike to their previous Propel and a greater stiffness to weight ratio compared to the previous Propel as well. Giant also looked to improve their wheel set up for benefits of more real world adaptation. A new bar/stem combination was made as well. A Shimano dura-ace power meter comes equipped on the SL Advanced 0 which makes this bike virtually race ready out of the box.

When thinking of an aero road bike disc brakes aren’t the first idea that jump into one’s mind. From the previous hidden rim brake set up one would look to see that would be a great aero advantage then having a rotor and caliber in the middle of the front wheel. Giant firmly believes in disc brakes being on all road bikes.

In actuality it is more important to keep the fork crown area clean other then the caliber as the caliber already has dirty air passing over it from the wheel, tire and spokes. They first started at the beginning by running through hundreds of computational fluid dynamics (CFD) to first prove that they could build an aerodynamic bike around the front disc brake system.

The ACE Facility wind tunnel in Magny-Cours, France is where this new Propel was truly born. More then 300 iterations of tubing for this frame were made through their CFD process to come up with their new truncated ellipse shape. This new tubing shape is a complete 180 degree opposite shape from the “traditional” tear drop tube shaping which is seen on most aero road bikes. The new tube shaping is utilized almost everywhere on the new Propel excluding the cockpit area. This new design lowers drag at a wider range of wind angles.

The new frame is substantially stiffer from the previous Propel and the way Giant did this was by adding stiffness from inside the frame with their carbon lay up system. From looking at the Propel you will not see any cables shown as they are all integrated through out the frame. Shimano dura-ace di2 was on our Propel at the launch and the only cable that was showing was the rear derailleur.

The front fork is where most of the time was spent as seventy five percent of the time was involved designing it. To take on the force of adding disc brakes the fork had to be stiffened and bulked up. Both of the front fork legs are different as they have an asymmetrical shape to them. The front wheel is spec’d at 12 x 100mm thru-axel and the rear has a 12 x 142mm thru-axle which both require an alan key for removal. The new frame with the addition of disc brakes only came at 45 grams heavier then the previous Propel.

Once in the wind tunnel Giant used their moving leg mannequin which is a testing simulation that is used only by them. Instead of testing the bike by itself, or with a stationary mannequin Giant have made their own dynamic mannequin with moving legs to simulate a more real life testing scenario. For the testing procedure they used 24 mph wind speed with a temperature and humidity controlled environment. The yaw angles ranged from 0 to 30 degrees during the testing.

The bar and stem are completely new and changed as well on the Propel. Gone from their previous one piece bar & stem system but now with a two piece but still aero system. The idea with the new two piece bar/stem system was to achieve an easier user experience. Giant has worked closely with the Sunweb World Tour team mechanics on how to make this a more simpler process.

The new integrated Contact SLR/SL Aero handlebar/stem unit offers full internal cable routing. There is a cap that comes off the top of the stem where the cables sit nicely and easily to get to. With their new bar/stem you can put on different size stems and bars which may not have been available in the past with their former Propel one piece bar system. You do have to use their bar and stem though for it to work together. Also which comes on the SL Advanced 0 machine are sprinter shifters located on the drops.

A noticeable feature to the eye on the new Propel is the fact that they went with a 65mm rear wheel and a 42mm front wheel for added benefits in the cross winds. These two wheels were made specifically for this project through out many different depth iterations. Giant would have gotten better numbers in the wind tunnel by putting a larger wheel on the front to match the rear but they believe in adapting to real world life scenarios other then just good numbers in the wind tunnel.

Also featured on Giant’s new wheel set is the fact that they come tubeless set up ready. Giant is making a big push in tubeless which will range on many of their models across their line. The wheel set are ready to go once coming out of the box with only sealant needing to be added. A 25mm tire comes spec’d on the wheels with clearance up to 28mm.

We had two days of riding the new Propel while over in France for their launch. The first day we took to the track of Circuit Magny Cours while the second day we did 80km through out the rolling French country side. While riding the track the stiffness from the frame was noticeable while accelerating through out the corners. There was no flex coming from the bottom bracket with the bike tracking straight and quick with no hesitation.

The new Propel is a very smooth ride for a straight forward aero bike which may be a combination from the new geometry with the tubeless wheel set up. We ran 85 psi in the wheels which really allowed us to lean the bike over with confidence through out the corners. Racing into the corners the addition of the disc brakes allowed for ample stopping power. The morning of the second ride through out the French country side started with rain and wet roads which really showed how the disc brakes worked just as well in the wet as in the dry unlike carbon wheels with standard rim brakes.

Aero bikes typically don’t respond well over punchy up and down terrain but with the new smaller depth front wheel the Propel climbed fairly well. Front deeper wheels often give hamper to quickly accelerating up a climb and with this new wheels set that issue didn’t seem to be there. The new bar/stem system is a nice addition to allow for more size combinations and easy set up accessibility. The flat top of the bars are a bit large especially if you have smaller hands though. Shimano dura-ace di2 always work great and the added sprinter shifters were a nice touch while being in the drops.

The new bar and stem system is a great addition but consumers may still run into personal issues with adjustability. The two piece design doesn’t offer any tilt adjustability meaning your stuck with the position of the handlebar it comes with. Even though you can remove and swap out the handlebar for other sizes they only have the one compact bend available to work. The bar has a nice bend to it but for myself personally I was looking for more drop as I run my hand position pretty low in the drops.

Of course you can put a new bar and stem system on the Propel but at that point you basically lose all aero advantages of the new system where you will now be showing cables which will cause drag. To drop your bars you will have to cut the fork and to make sure you can still use the cap to hide the cable there is no room for spacers on top of the stem. 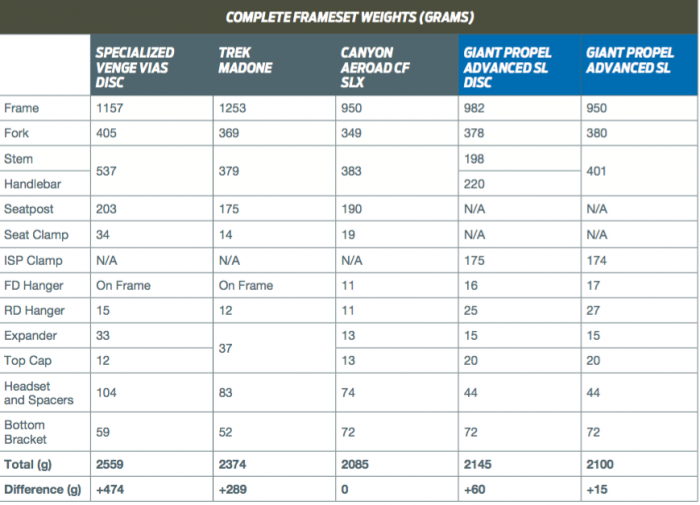 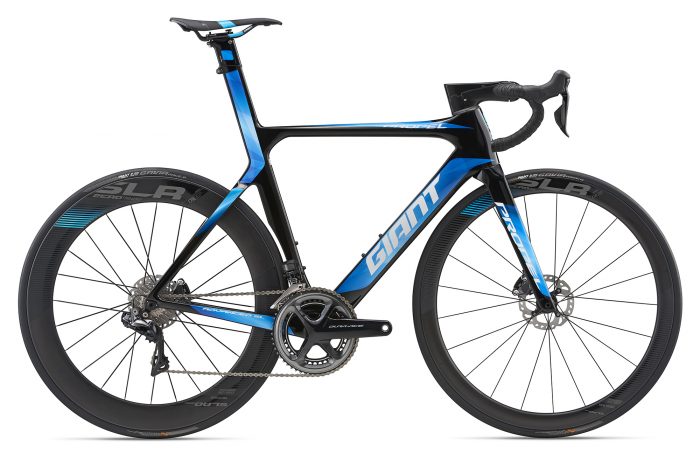 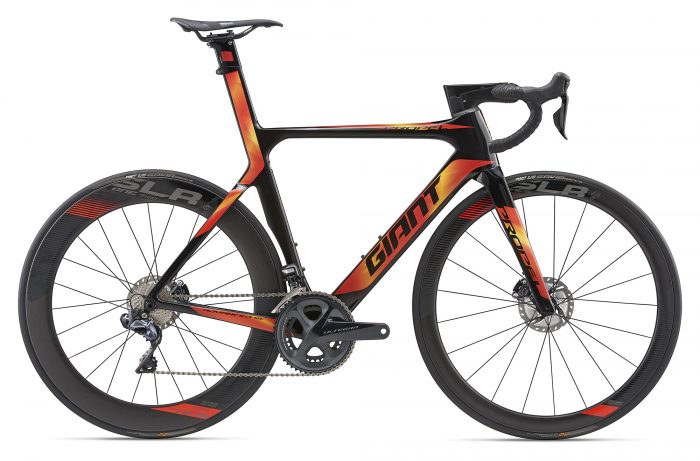 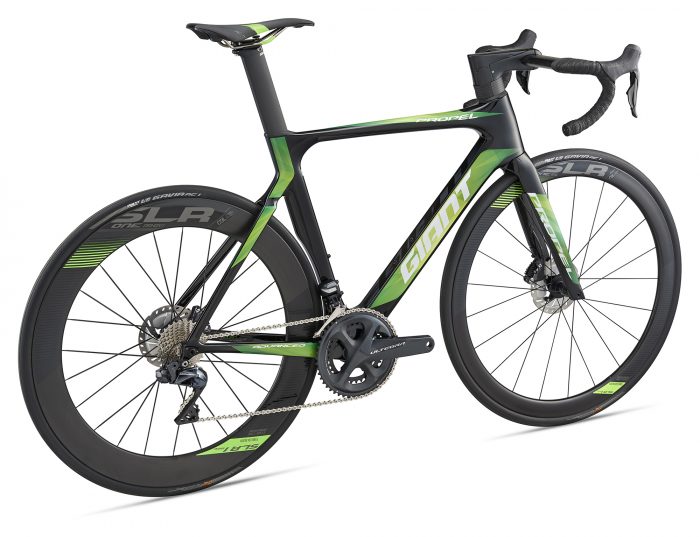 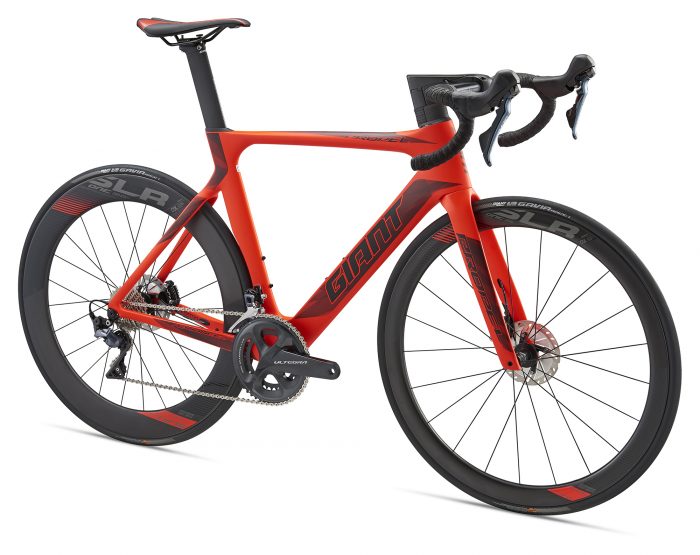