Another drop bar from Marin 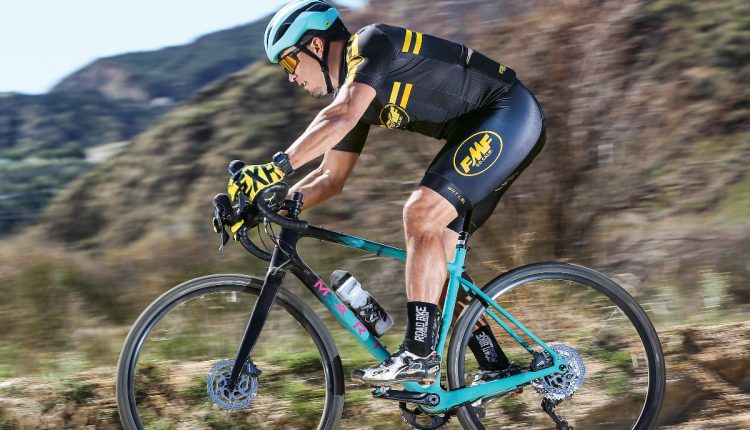 For all the drop bar riders out there with any knowledge of the mountain bike industry, the Marin brand will certainly ring familiar. As the name implies, Marin is a NorCal bike brand that entered the sport back in the late 80s. Like many early adapters, over the years the brand has exchanged ownership hands, but it has always remained a medium-sized enthusiast brand that’s maintained its hand in the sport. 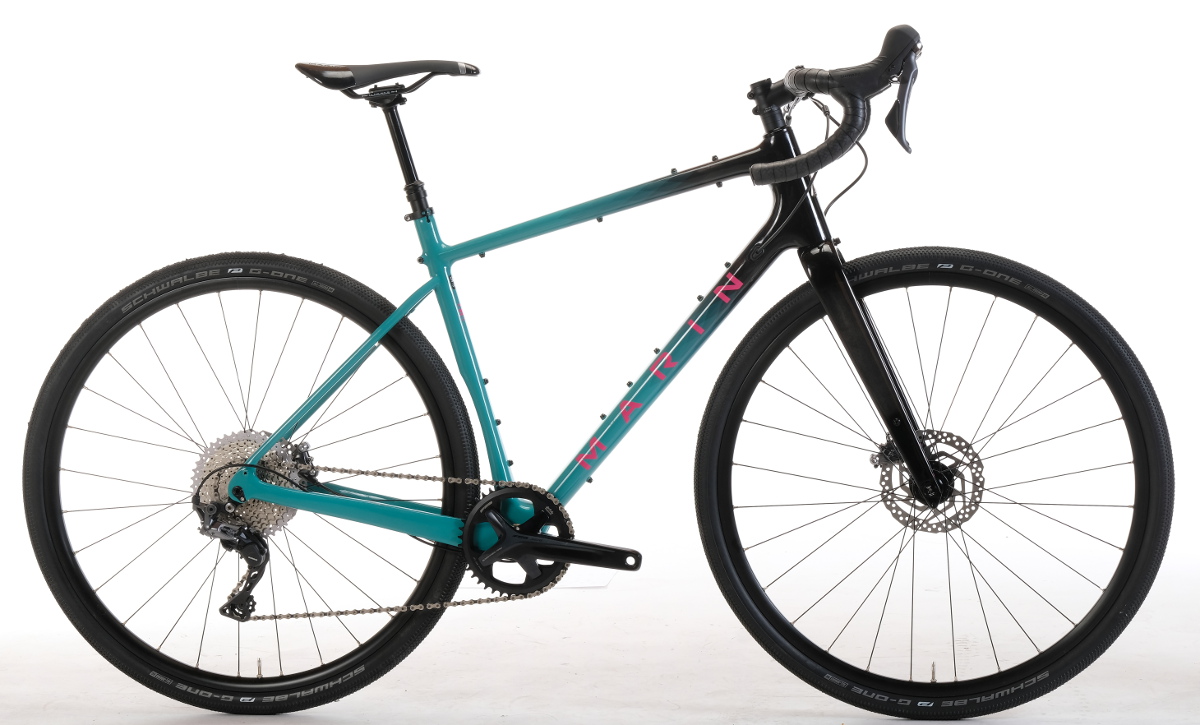 The very first thing we noticed about the bike from when we pulled it from its box was the stubby 70mm stem. A 70mm stem on a 56cm frame – what the?! The long top tube and short stem trend (aka “modern geometry”) is currently all the rage with the mountain bikers as the head angles have slackened dramatically. So yes, this is where Marin is letting some of their mountain bike design influence creep into their gravel bikes. 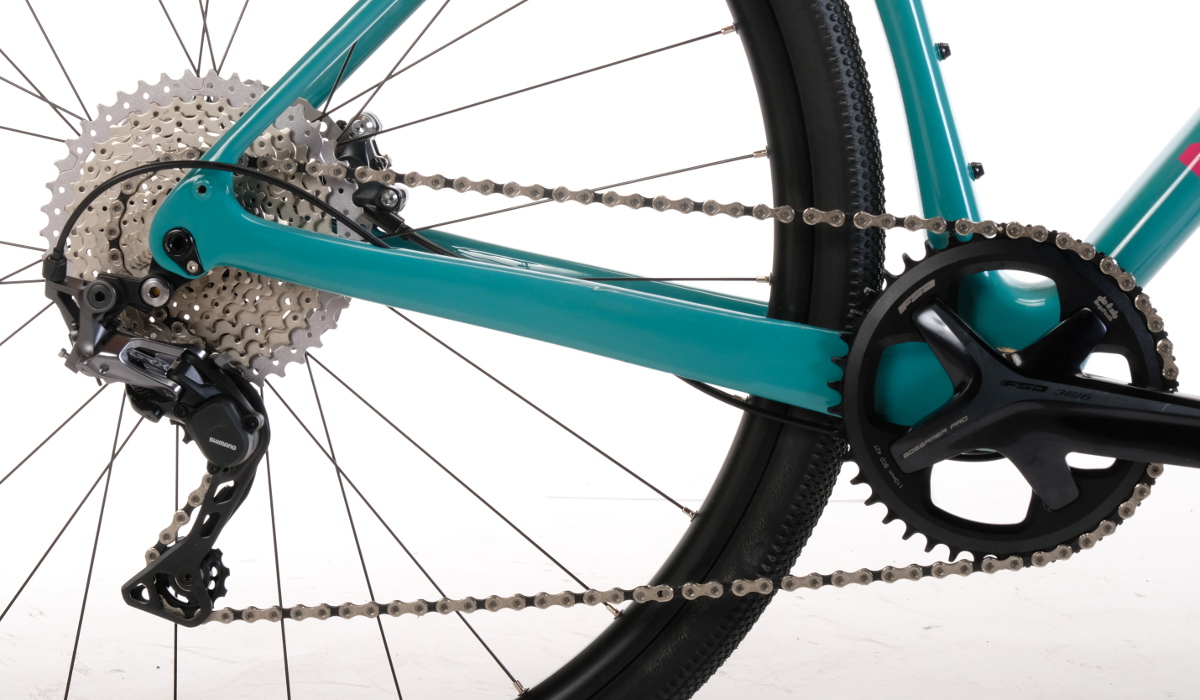 The Headlands takes advantage of the new age of gravel specific parts by using a Shimano GRX drivetrain. Well, at least the GRX brake levers and rear derailleur. Up front you’ll find a 175mm FSA Gossamer Pro crank with a Megatooth 42T Chainring mated to a 10-42t cassette. The GRX Shadow rear derailleur is equipped with a clutch mechanism which helps limit chain slap over the bumps.

With no front derailleur, the left-side lever instead actuates the 105mm TranzX dropper seatpost with internal cable routing. Pretty cute! Both the wheels and the rest of the cockpit is made up of Marin branded aluminum parts.

With a 103cm wheelbase you can be sure the Marin was both stable over the stutter bumps while also requiring some extra effort to make tight turns.

Though it wasn’t a universal problem, we noticed more frequent pedal strikes which could at least be attributed to the long 175mm cranks which seemed like an odd spec. Unlike the confused gearing on the Cervelo Apsero (RBA, March 2020), the Marin’s gearing was everything we could ask for on a true dual-purpose bike; holding it’s own at speed in the group ride and with capable of easy climbing with the 1:1 low gear.

Owing to the parts spec and price, there’s no denying that this is a lot of bike for the money. Marin’s gravel offerings also include the carbon Headlands 1 at $2399 with a tad lower spec and the aluminum Gestalt X11 for $2199.

No, we still haven’t found a need to use a dropper post on any of our rides, but it definitely brings added value (and weight) to the package. As with the eyelets, we figure with an optimum touring adventure bike, it’s better to have the added features than having a bike that goes without.

For the complete test, look for the June issue of Road Bike Action soon. 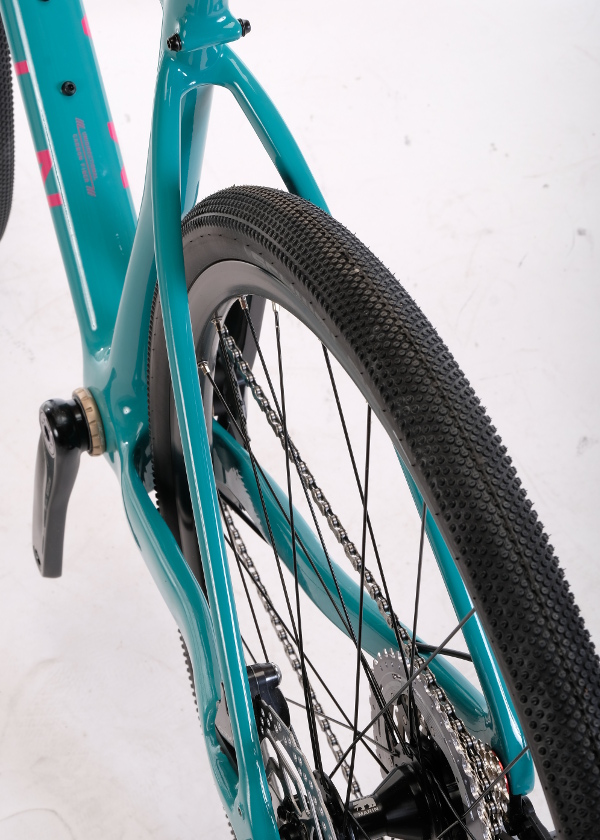