The French wheel maker stays in the game 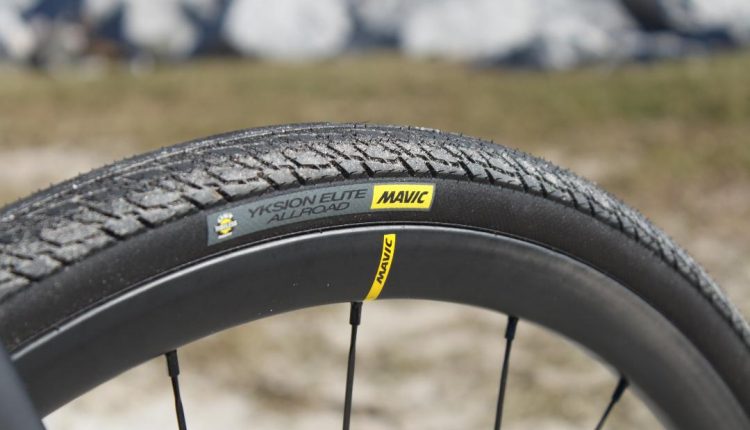 Mavic wheels are making a comeback, designing wheels squarely aimed at the fast-growing gravel market. Mavic’s gravel wheel range comprises of the AllRoad Pro Carbon SL, and the Allroad Pro Carbon SL Road+ and are designed to cater for both speed merchants and dirt-road enthusiasts. The Allroad Pro Carbon SL wheels have a 23mm internal diameter and plays nicely with tires ranging from 28-42mm. The ability to accommodate lower pressures means improved ride comfort and performance across the board. Appreciably versatile in application and design, the Allroad Pro Carbon SL wheels can be paired with gravel, road, or cyclocross bikes. Our wheelset came wrapped in Mavic 35mm rubber that supplied a stellar mix of rolling speed and grip riding on Florida’s gravel roads. 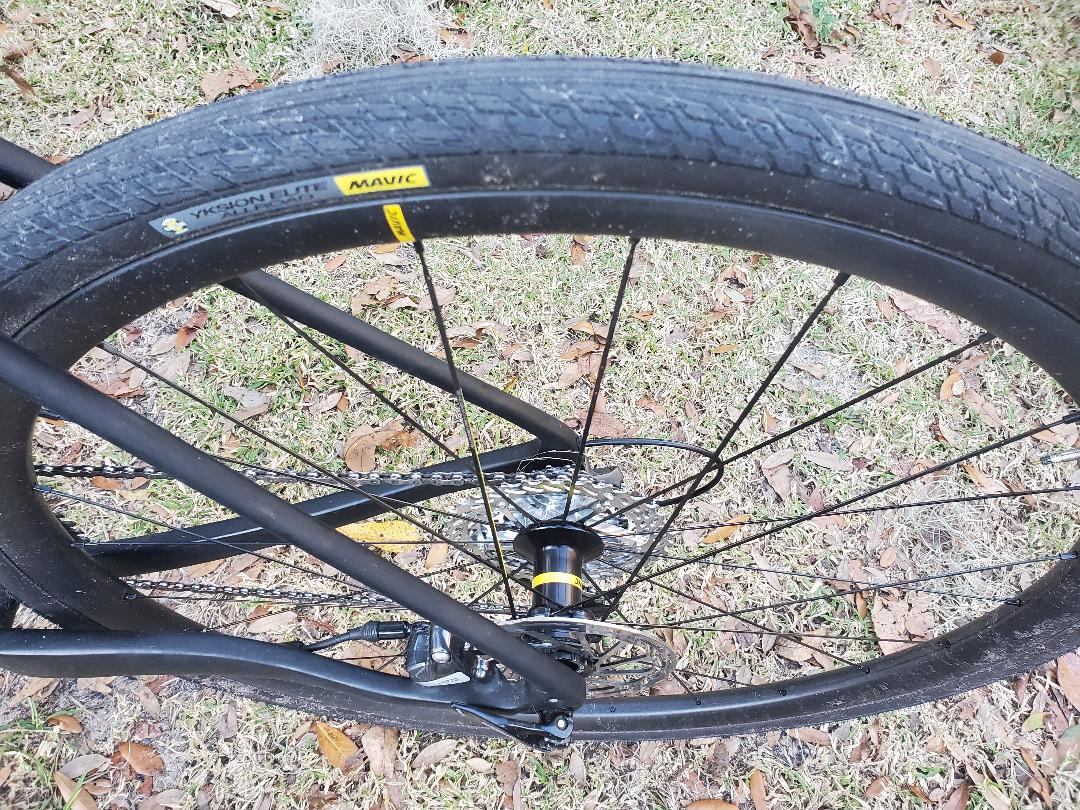 Design and Specification and Build
Mavic has been known to deliver hoops with bold and patented decal designs over the years – the Allroad Pro carbon wheels take on a far more understated appearance, which favors functionality over visual allure. The matte carbon-fiber texture provides a stealth-like appearance.
Contrary to contemporary wheel-design trends, Mavic has purposely eschewed the rim design architecture for a conventional hook set-up aimed at improving tire security across the sizing spectrum at any pressure.

Given the harsh and often treacherous surfaces riders often traverse, they’ve undergone the same benchmarking and impact-testing protocol as MTB-specific systems, to ensure the correct layup and formula. The result? Mountain-bike wheel performance and strength at carbon road-wheel weight. There are 24 spokes front and rear, straight-pull, flat, double butted steel Mavic bladed spokes in a 2-cross front and 2:1 rear lacing pattern. The hubs are a disc-specific Mavic aluminum hub design using a Hugi style drive system. The hubs support 12mm x 100mm and 15 x 100 thru-axles on the front and 12 x 142mm and 12 x 135mm thru-axles on the rear. 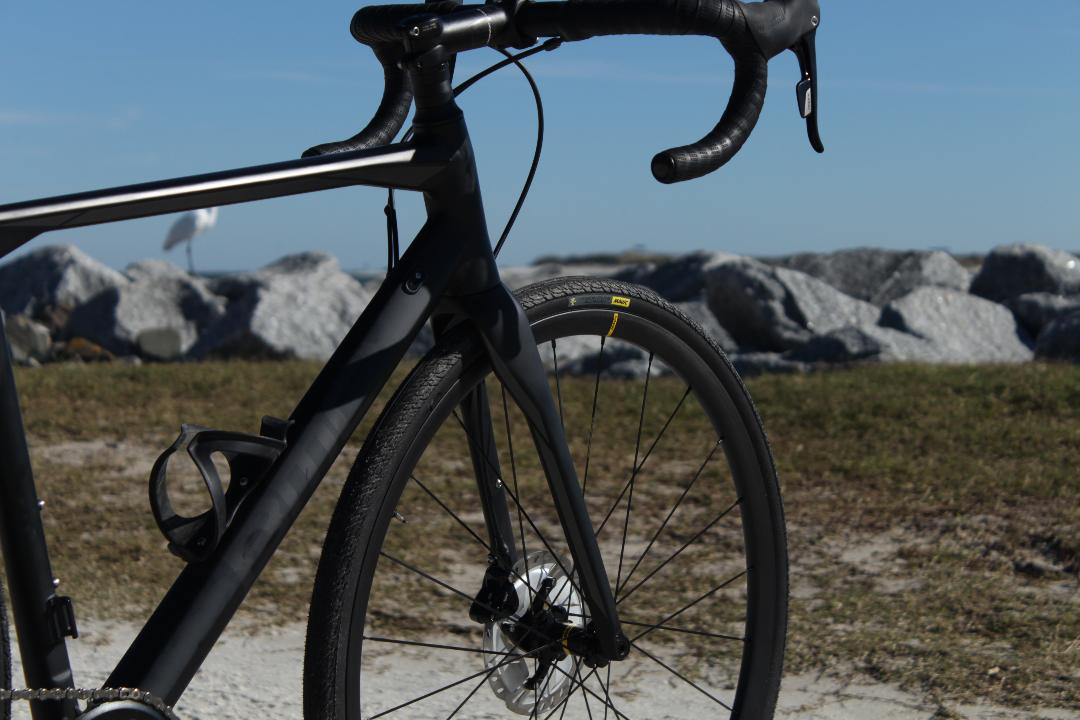 A complete Allroad Carbon Pro wheelset tips the scales at 1,445 grams including its tubeless system (rim tape and valves). This is a competitive weight by gravel/mountain-bike standards, and on par with many high-end road bike wheelsets. Whether this will have any impact on its long-term reliability and durability in an off-road environment, only time will tell.

Performance, Ride and Handling
During the course of our testing period, we racked up about 200 miles of gravel roads and trails. Despite their lightweight properties, the Allroad Carbon Pro wheels are very stiff, and while this can translate into a jarring ride quality at times – particularly on more abrasive gravel roads. Tire pressure experimentation can help quell low-frequency vibrations.

My Mavic App
Mavic now has an app called My Mavic that helps you with the optimal tire pressure. Once you download the app on your android or apple device, you plug in the terrain, tube type, weather, rim width, tire width, your weight, and the bike weight and it spits out an optimal tire pressure for both the front and back. In that respect, we ran the tire pressures as low as 20 PSI towards the latter part of our testing, which drastically improved outright speed and cornering grip, but increased the likelihood of burping air. For the gravel race, we went with the recommended pressures of 39 PSI in the front and 41 PSI in the rear for our 145-pound rider. These pressures worked great for the Florida lakeside gravel roads.

The Verdict
Critiquing a wheelset is always difficult because the overall performance can be skewed by many external factors. Now throw in something that blurs the lines between multiple-terrain types and things get even more complicated. These Mavic Allroad Pro Carbons are hard to fault.
Not only are they achingly light, but they’re also incredibly well rounded and can be manipulated to dismiss anything you throw at them. 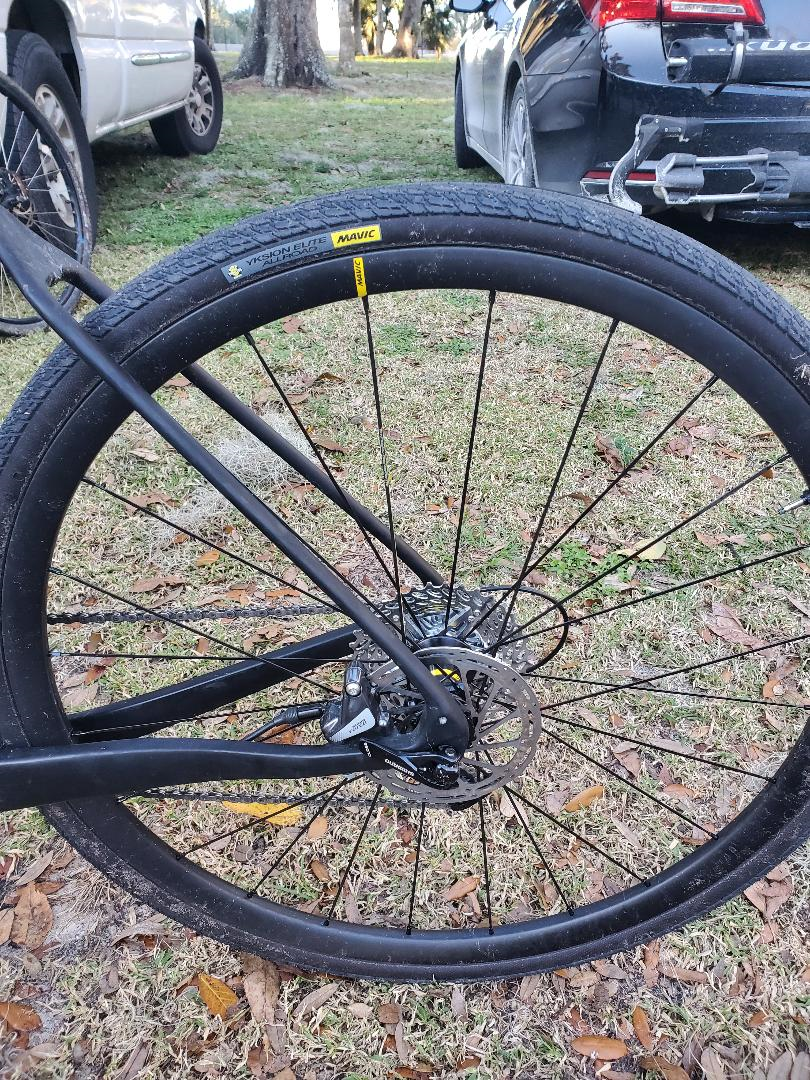