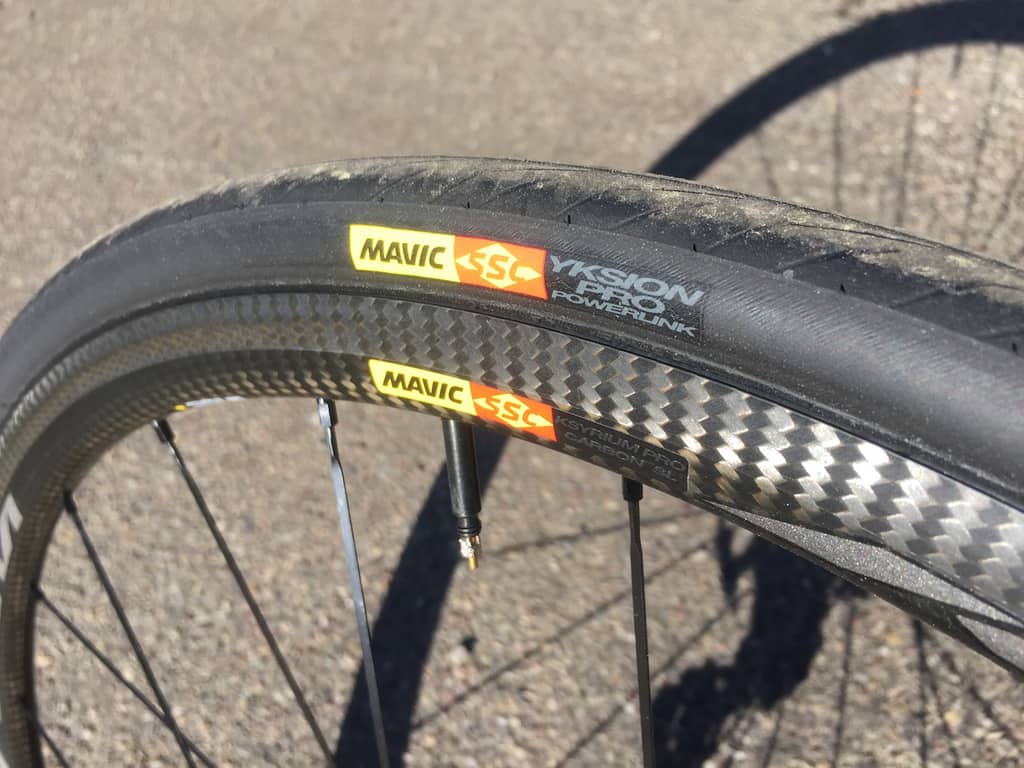 At the same Jackson Hole, Wyoming media event where Mavic proved their love for road bikes on dirt, with the release of the Ksyrium Pro Allroad wheel and tire (see Part 1 of our Mavic coverage), they also came good on where their historical roots lie, and that’s in performance road wheels.

Wider rim profiles, disc brake options, and a faster engaging rear hub are all part of the highly overhauled Ksyrium road wheel line. Even though it was the Ksyrium Pro Carbon SLs that garnered most of the attention in Wyoming, they were hardly the only new road wheel in Mavic’s line with both the Ksyrium Pro and Ksyrium Elite aluminum wheels also receiving significant updates.

For the Ksyrium Pro Carbon SL, now the flagship wheel in the Ksyrium line, Mavic decided that giving a multitude of options was the best way to the customer’s heart and are offering it in both clincher and tubular rims, in addition to disc and rim brake options. The clincher rim has a modern 17mm inside width (22mm outside width), which is a significant step up from the Cosmic Carbone 40 C that was introduced just over two years ago.

Not only is the rim wider, but at 1390 grams for the wheelset, it finally gives Mavic a carbon clincher that can go toe to toe with anything on the market. The tubular version is an ultra-light 1190 grams. What’s most impressive about the weight of the clincher is the fact that it was achieved while using an aluminum insert that sits in the rim bed and forms the hook for the tire bead. Mavic says its use is two fold in that it dissipates heat from the carbon brake track in addition to providing more structural support for the interior pressure from the inner tube. As of now, the Ksyrium Pro Carbon SL is targeted as a climbing wheel and will only come in a 25mm rim depth.

Yksion Pro GripLink/PowerLink tires in 25mm come with the wheels, and are the minimum width recommended by Mavic for use on a 17mm inside width rim.

Ksyrium Pro ($1100, 1475 grams) and Ksyrium Elite ($800, 1550 grams) aluminum wheels also receive some of the same improvements that are found on the Ksyrium Pro Carbon SL. Aluminum ISM 4D rims utilize the same widths as the higher-end carbon version (17mm inside width). The Ksyrium Elites come in black, red, and blue color options for the hub and spoke nipples. In addition to the Pro Allroad and Pro Carbon SL models, there are also the disc brake specific Ksyrium Pro Disc ($1250, 1535 grams) and Ksyrium Disc ($550, 1850 grams). All wheels include Mavic tires and inner tubes.

During a 75-mile ride we had the opportunity to try out both the tubular and clincher versions of the Ksyrium Pro Carbon SL wheels on a route with an ample amount of time ascending and descending. In hand, the difference in weight between the clincher and tubular versions is noticeable (100 grams per wheel), but out on the road it was only felt when things got steep, like the 3.5-mile, 9-percent grind up to the summit of Teton Pass. The combination of low weight and adequate stiffness made both pairs of wheels respond easily with any surge of power.

One thing we wished for was a little bit of rain. Well, not really, but it would have given us an extra level of testing the stopping power of the rims. Most of the marque carbon wheel brands have figured out the resins and pads to provide powerful braking in the dry, and some have even been able to achieve this for wet weather too, but not all. Mavic has added laser machining to the carbon brake track, similar what Zipp has done with the 404 Firestrike, and at least in dry conditions we were extremely pleased with the stopping power and consistent feel when riding the brakes.

Look for a longterm durability and wet weather braking test to come in the future.