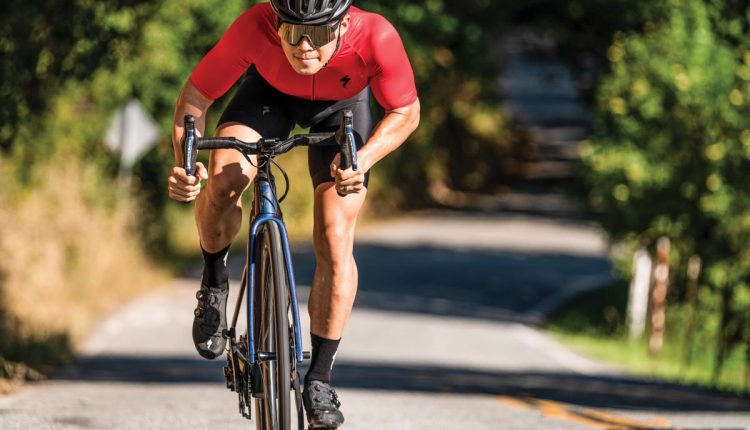 After relying on a partnership with Swiss motor maker Brose for their previous efforts, Specialized told us they felt restricted by the design constraints of their partners on their previous Turbo bikes, so this is an all-new motor platform (with a new partner) that they have been working on for a while now. The new motor, while much less powerful than the other motors at 240 watts and 35 N/m, is extremely efficient. There is a 320-Wh internal battery that puts the range at 80 miles, with an optional 160-Wh external bottle-cage-mounted battery that can add another 40 miles of range (again, depending on conditions like rider weight, wind and topography).

The internal battery can be removed for airline travel or to lower the bike’s overall weight. There are four assist settings—off, Eco, Sport and Turbo—that are controlled with a top-tube-mounted control unit. Using the Specialized Mission Control app allows each of these modes to be customized. 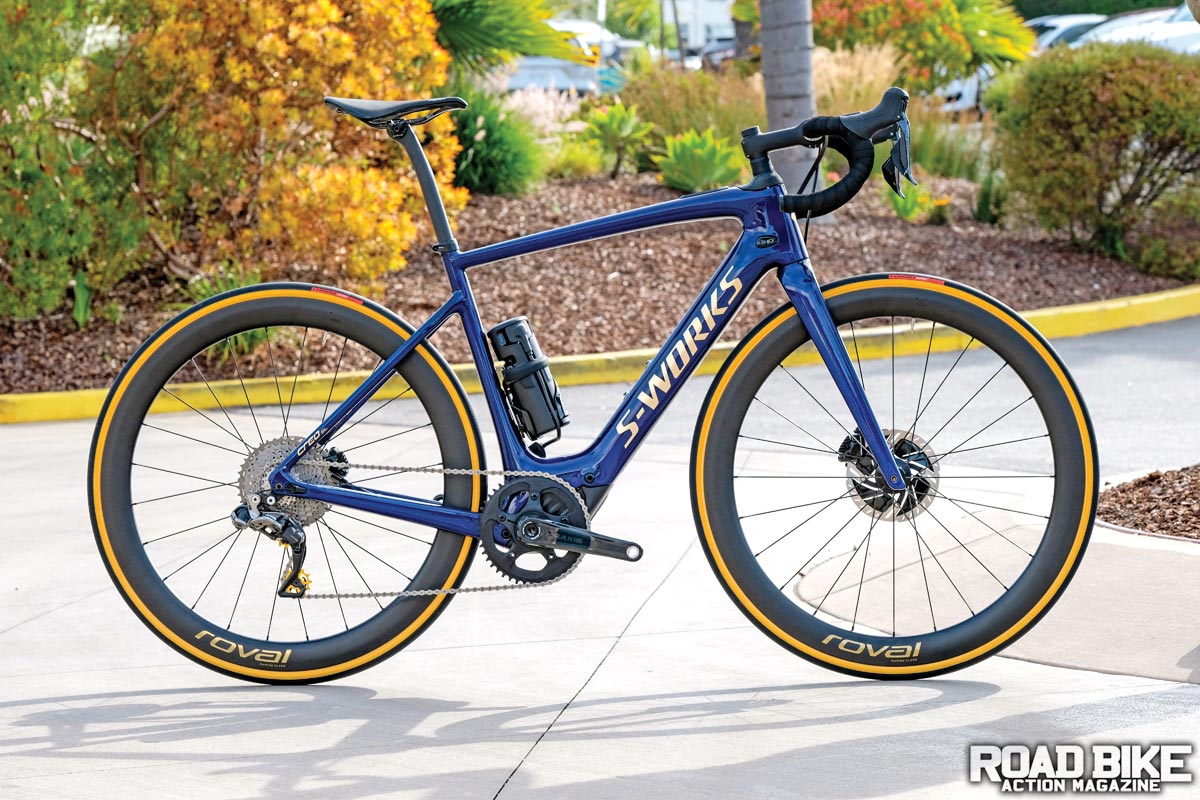 The big news here, and the reason the Creo SL is able to get so much range out of such a small package, is its unparalleled efficiency. The motor has been tuned for riding cadences between 60 and 110 rpm, and maintaining over 80-percent power efficiency throughout the whole range. The optimal and most efficient power range is between 80–90 rpm at 84-percent efficiency, and the most total power output is at 100 rpm. For comparison, the competition has a peak efficiency of only 60 percent, and that is in a very narrow and low cadence that doesn’t translate to traditional riding.

The new SL1.1 motor weighs (a claimed) 4.3 pounds, owing to its magnesium casing and refined design. Overall the system is a balance between power, efficiency and weight. While we’ve had a lot of e-bikes come through the well-lit penthouse offices of Hi-Torque, thanks to Electric Bike Action, few are up to the task of matching real-world ride expectations and weight targets like the Creo SL.

As with every bike we test ride at a launch, we will have to get the bikes back home and on our normal routes before giving a full review. On the first ride, both bikes were a blast to ride, and their range while in the Turbo mode was impressive. There was no range anxiety on our planned routes, and I would have confidently done another lap on each route if I could have. The bikes have no noticeable drag when pedaling above the 28-mph assist limit or when in the no-assist mode.

What is noticeable is the price point, which can only be described as exorbitant. The two entry-level versions (road and gravel) sell for $9000, with two additional models heading north to the $17,000 price tag for the Founder’s Edition. All Creo models use the same frame and motor; it’s just the components and accessories
added to take the cost up to such nose-bleed heights.

If you are lucky enough to have the means to make a bike like this possible, you won’t be disappointed. It was an absolute blast to ride, and you can still get as hard a workout as you want.