Share
The Specialized clothing launch media ride took in some incredible climbs and descents in California’s Santa Cruz Mountains. RBA‘s own Neil Shirley spent most of the ride sitting on the front. (Photo: Robertson/VeloDramatic)
The day after Specialized unveiled its all-new lines of Spring 2013 Clothing, the company invited visiting journalists to join its employees on one of founder Mike Sinyard’s favorite rides: the “Big Easy.” Beginning just east of Mountain View, California, the ride ascends the 2000-foot Page Mill road climb before descending to the Pacific Coast, then heads back inland via Tunitas Creek, another 2000-foot climb featured in the 2009 Tour of California. By ride’s end, participants take in a little over 60 miles and 6500 feet of elevation, all along some of Northern California’s most scenic and enjoyable roads. Needless to say, it was a much bigger ride than what accompanies your typical cycling product launch, but proved to be the perfect chance to test out Specialized’s new wares. 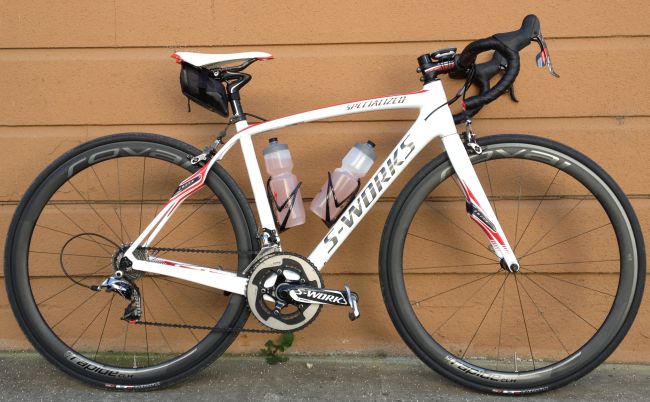 Those folks who came into town for the clothing launch sans bike was outfitted with a demo rig from Specialized’s immense fleet. I was given a fresh-out-of-the-box S-Works Roubaix complete with a Toupe saddle atop a Cobl Gobl-R seatpost, a set of Roval Rapide CLX carbon clinchers and a full SRAM Red gruppo. Osmo Nutrition provided plenty of drink mix to keep everyone hydrated and churning out the miles. 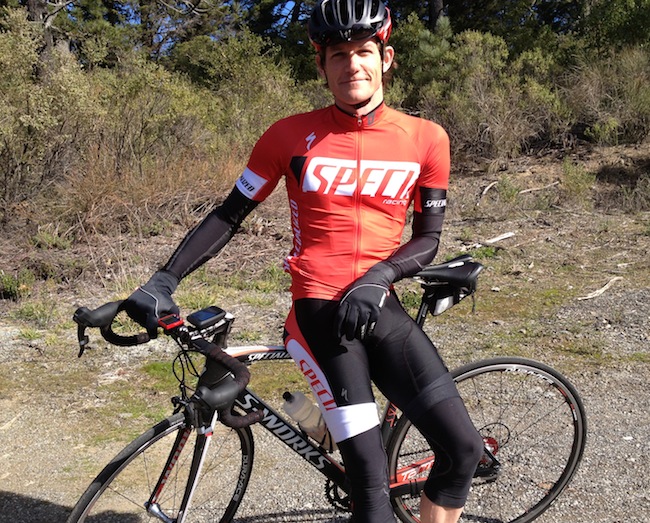 If there was one person who brought everyone together for the ride, it was Peter Curran. And that’s because Peter (along with his team) is the main man behind Specialized’s new clothing, which we were all there to try out. Having previously worked with the Burton snowboard company and Pearl Izumi, Peter was brought on board to “create Specialized’s clothing like so that it embodies the innovative and market-leading traits of all Specialized products.” No pressure, right? 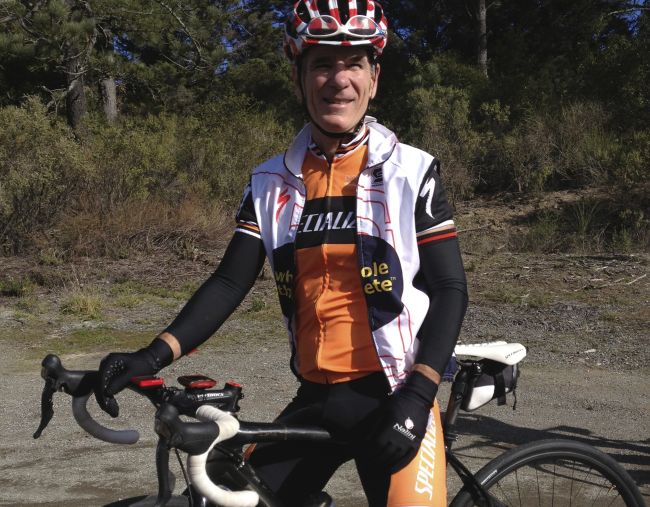 There are few individuals who have been as innovative within the cycling industry over the past few decades as Chuck Teixeira, and there are none who know as much about aluminum bikes. Recently, Chuck has been working with Specialized on the latest series of Allez road bikes. He also showed on the ride that he can still hammer with the best of ’em. 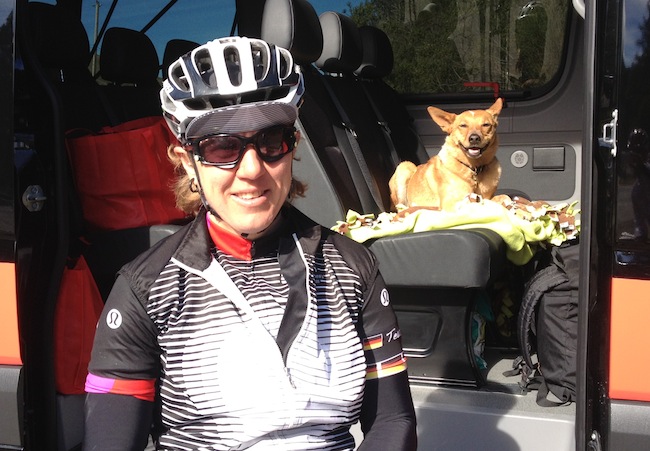 Another notable ride participant was Specialized-Lululemon pro rider, Ina-Yoko Teutenberg. One of the most accomplished female pro racers in history, Teutenberg has recently been living in San Luis Obispo, California in preparation for the 2013 season. She made the drive up north along the California coast to join us for the Big Easy, and even brought along her dog, Sophie. 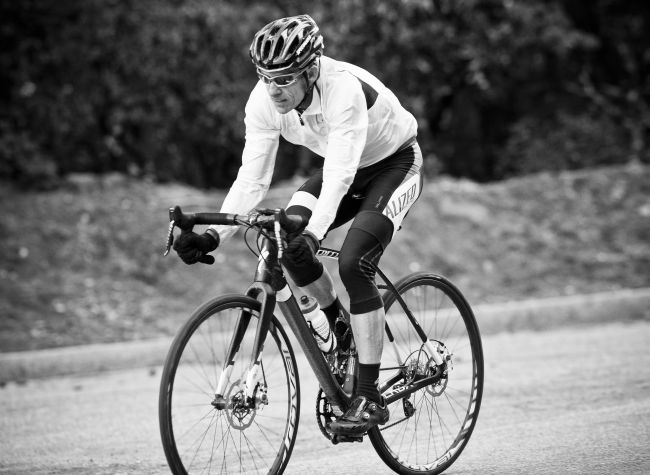 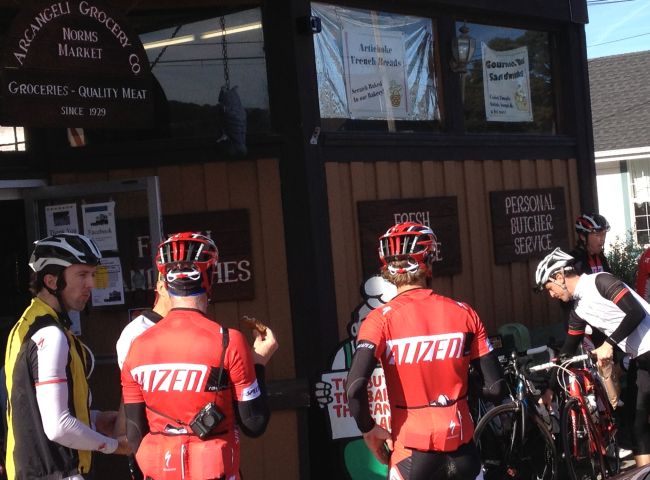 Right around the ride’s halfway point, we stopped in the quite seaside town of Pescadero and congregated at the Arcangeli Grocery Store. Its small footprint held a vast array of freshly baked pastries and breads, and its shelves were lined with jars of local preservatives, jams, jellies and spreads. Local riders told me that it’s a very popular stop for passing group rides, thanks to its friendly atmosphere, terrific food selection and large patio area overlooking a serene swath of countryside. 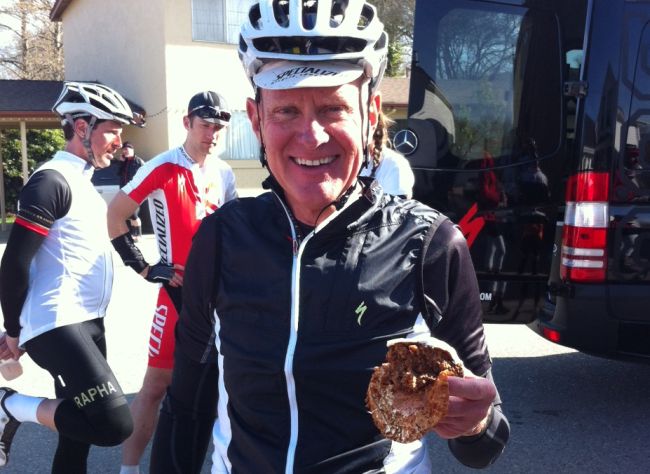 Specialized founder, Mike Sinyard, rides the “Big Easy” route regularly. During the halfway rest stop, Sinyard indulged in a large, carrot cake muffin. Sinyard also brought along a large supply of his favorite ride treat: a small slice of lightly-toasted, multi-grain, fruit-infused bread topped with some almond butter and a dollop of honey. 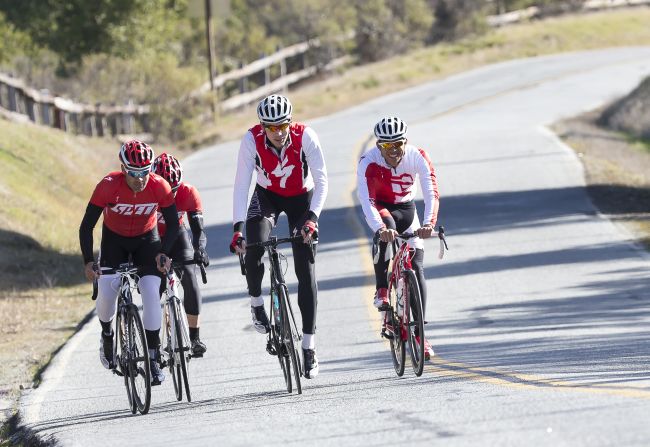 This is what the 30-strong ride group failed to see throughout much of the day, the lead pack: (from left to right) RBA‘s Neil Shirley, Chris Riekert of Specialized’s Global Marketing Department, Specialized engineer Sam Pickman and Specialized aerodynamicist Chris Yu. Although this fast quartet was rarely in sight of everyone else, we all enjoyed the impeccable roads and fabulous riding conditions. (Photo: Robertson/VeloDramatic) 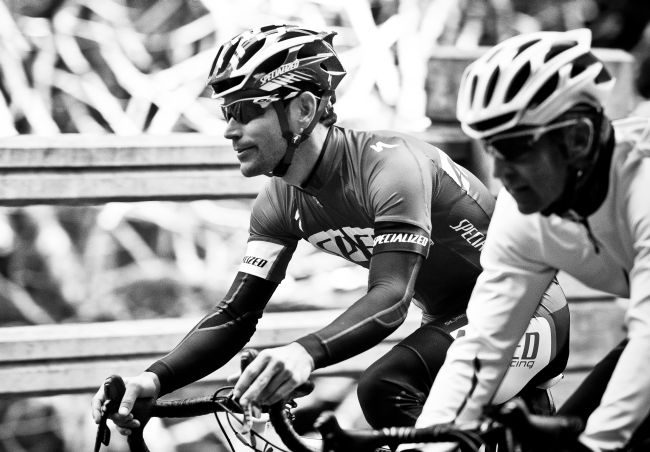 FIRST IMPRESSIONS – SPECIALIZED SPRING 2013 CLOTHING
For the ride, which averaged 59 degrees in temperature, I wore Specialized’s new SL Pro jersey and bib shorts, along with new, ergonomic arm and leg warmers. During the ride’s two big descents, when the temparture dropped to the low-40s in some of the mountain range’s shaded canyons, I threw on a pair of long-finger gloves and a thin, clear windbreaker-style jacket. All in all, this was a great selection of clothing for this particular ride. The SL bib shorts felt much higher-end than previous generations of Specialized shorts, and the jersey was fairly form-fitting, but not dramatically so. Little details of the ensemble that I appreciated included a small “trash pocket” located on the right side of the jersey, as well as very minimal silicon grippers on the arm and leg warmers.

During a short spin the day before, I wore the new RBX kit, which had a similar quality of construction to the SL kit, but in a much more generous cut, intended for riders with a bit more girth or who simply don’t like the “second skin” feeling of cycling gear. Overall, the entire line of clothing and accessories is much improved over Specialized’s previuos apparel collection, and we’re excited to put some more miles into all the pieces.