Power meters are everywhere if you haven't noticed and Specialized offers up two new options. 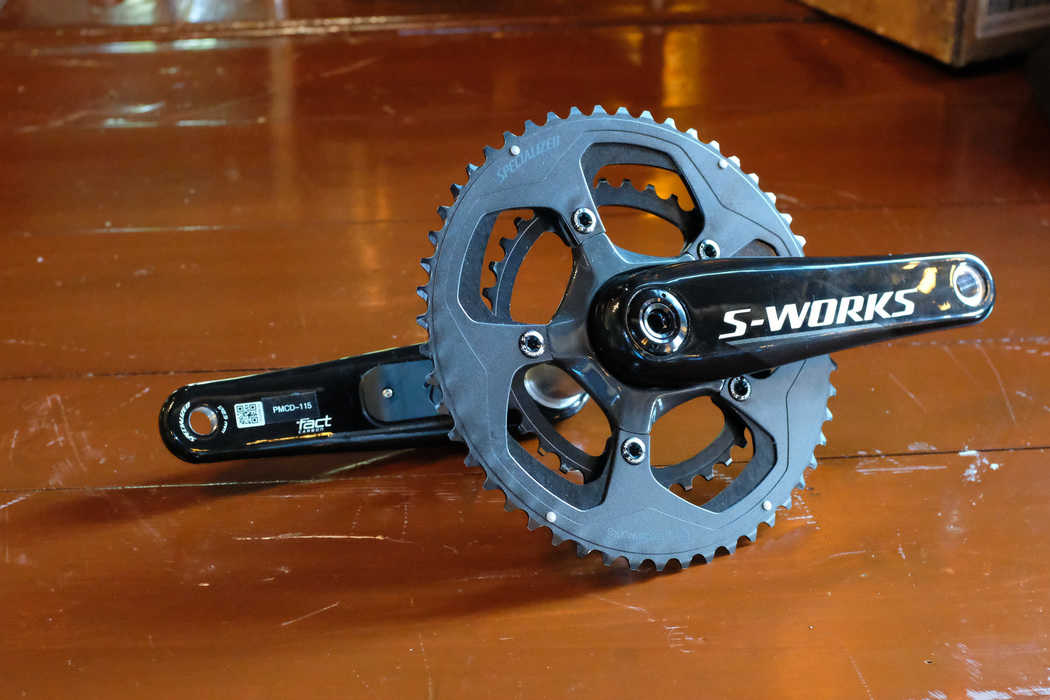 We have been talking about it for a while now and it seems that the growing trend of power meters is spreading like wildfire. Maybe its the more reasonable pricing and cost of production or maybe it’s as Jason Fass said “Power is the most important performance aspect.” While we enjoy a computer and data free ride as much as anyone else we also know the importance of data when you’re looking to improve performance.

Specialized is offering two crankarm based models. The first is a dual power option with the sensors on both arms and a carbon spider. The second is a complete crank but only has a sensor in the left arm and has an alloy spider. Specialized has partnered with 4iiii Innovations for the sensors that we are told can record data in three dimensions. The sensors only add 15 grams per arm for a very lightweight system. The power meter can transmit over ANT+ and Bluetooth while software updates are also done wirelessly. Specialized is claiming it is the world’s most accurate power meter system thanks to their new and much more accurate testing protocol.

For our first ride Specialized had installed the dual power version on the new 2018 Tarmac, a perfect partner for the person looking for performance gains. The setup was simple and easy even with multiple people all pairing at the same time. Each non-drive side unit had the ANT+ ID number clearly engraved and visible from the top so no guessing which unit was for your bike. After a quick calibration, we were set and ready to ride.

We ride with power more often than not and the numbers displaying on our head unit were as we would expect from the efforts. The weather was hot and humid something we don’t get much here is SoCal plus the excitement of the new bike made for a group of journos that were going hard on the hills. We started to follow the masses but with a quick glance at our head unit realized we were significantly over a maintainable power. We backed off just a bit knowing that the climb was around 10-12 min long with sections that maintained 18%. Slowly we started to pick off each rider one by one as their early effort plus the humidity and heat took its toll.

We spent a few more days on the dual unit and had zero problems over the more than 150 combined miles we rode. Obviously, we would like more testing especially on roads that we know and already have data for but the first impressions are great. Specialized is heavily focused on performance and as they told us this is just the beginning of the data side of things.

They also mentioned that the head units that are on the market today are a big limiting factor on the data that can be captured. This is also what Pioneer has been saying for a long time and the reason they created their own computer and transmitting protocol. Will we see a computer from Specialized soon? We don’t think so but with one of the most powerful computer in our pocket (your phone) who knows maybe an app that will record additional power stats for those that feel like they could benefit.

For more info on the New Tarmac Disc click here.

For more info and to see all the new Specialized products head over to Specialized.com.