It's you, only faster

Whether you like it, hate it or maybe you don’t care, road e-bikes are one of the fastest evolving segment in the sport. While we have Electric Bike Action Magazine to do most of the heavy lifting when it comes to motor-assisted bikes, the chance to try the newest Specialized e-bike was too enticing to pass up. Who doesn’t want to know what it’s like to climb a hill at your absolute max but be able to compare your times to the pro peloton’s top climbers? Specialized promises their new offering is all the joys of riding with the added benefits of a little extra power. So, we headed out to the beautiful city of Santa Cruz, California, for a preview of the road and gravel-ready Turbo Creo SL.

The new Creo SL combines much of the knowledge that Specialized acquired from their road and gravel frames when it comes to construction and geometry. The overall geometry is very similar to the Diverge with a low bottom bracket and room to fit up to a 42mm tire. The frame is constructed of the same FACT 11r carbon that you will find on the rest of their top tier bikes.

The Creo is available in four models one of which is a gravel-ready with a dropper post and 38mm tires. The other three models will be road-oriented but since they all share the same frameset you could modify the setup to your liking if you have any cash left.

The frame also is equipped with the Future Shock 2.0 that was recently launched on the new Roubaix. New to Specialized is the use of what they call “boost road hub spacing” with a 110x12mm front and 148x12mm rear thru-axle. This means finding wheels other than the ones Specialized is offering is nearly impossible currently. The system is 1x specific with a Praxis crank and all the current builds use Shimano shifters, brakes and gearing.

One of the most impressive numbers mentioned was the bike’s weight, hitting the scales at just under 27 pounds for the 54cm complete build, something we haven’t seen in the market yet. There have been a few road e-bikes like the Orbea Gain and the Bianchi Impulso, that are about the same weight, but none can go 80 miles on a single charge like the Creo SL, this is impressive.

Specialized tells us this is an all-new motor platform that they have been working on for a while now. They felt restricted by the design constraints of their partners on the previous Turbo bikes. The new motor while much less powerful than the other motors at 240 watts and 35nm it is extremely efficient. There is a 320Wh internal battery that puts the range at 80 miles with an optional 160Wh external bottle cage mounted battery that adds another 40 miles.

The internal battery can be removed for airline travel or to lower the overall weight and rely on only external batteries. There are four assist settings, off, Eco, Sport and Turbo that are located in a top-tube mounted control unit. Using the Specialized Mission Control App, allows each of these modes to be customized.

The big news and the reason the Creo is able to get so much range out of such a small package is  its unparalleled  efficiency. The motor has been tuned for riding cadences between 60 and 110 rpm and maintaining over 80% power efficiency throughout the whole range. The optimal and most efficient power range is between 80-90 rpm at 84% efficiency and the most total power output is at 100 rpm. 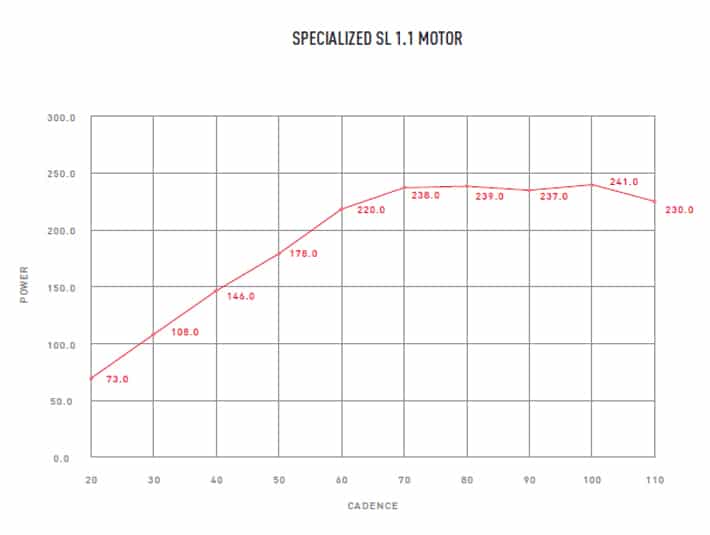 The new SL1.1 motor weighs in at 4.3 pounds thanks to its magnesium casing and refined design. Overall the system is a balance between power, efficiency, and weight. While we have a lot of e-bikes come through the well-lit penthouse offices of Hi-Torque thanks to Electric Bike Action, few are up to the task of matching real-world ride expectations and at a weight that is not excessive like the Creo.

We had two day of rides planned in Santa Cruz, the first was a 50-mile road loop that had 6000 ft of climbing while the second was a 45-mile mixed surface and gravel ride with about 6000 ft of climbing also. Both rides would be challenging on any bike and the one thing that stood out most to us on the rides was that we didn’t go any easier, we just went faster. When I say that I’m not exaggerating, and on day one we rode so hard on the climbs and even the flats that day two started mellow since everyone’s legs were still tired.

The motor is able to read the rider’s input power and it can be sent to your computer and produce a power metric. While it isn’t as responsive as most of the power meters we normally use it was accurate enough to give us an idea of the efforts we were putting in. This alone for a cyclist that rides with power a lot really hits home with how useful an e-bike can be for training and even recovery ride days.

Looking back at the data I was climbing at just under 300 watts of input power at 170bpm, which is my normal high effort. The difference was that my climbing speed was significantly higher thanks to the 230 or so extra watts that the motor offered. One thing that the bike is missing is a 10t cog on the cassette, which its Shimano drivetrain lacked. On all of the fast descents, it was easy to get up to speed thanks to the fwe extra pounds but we were out of gears quickly. 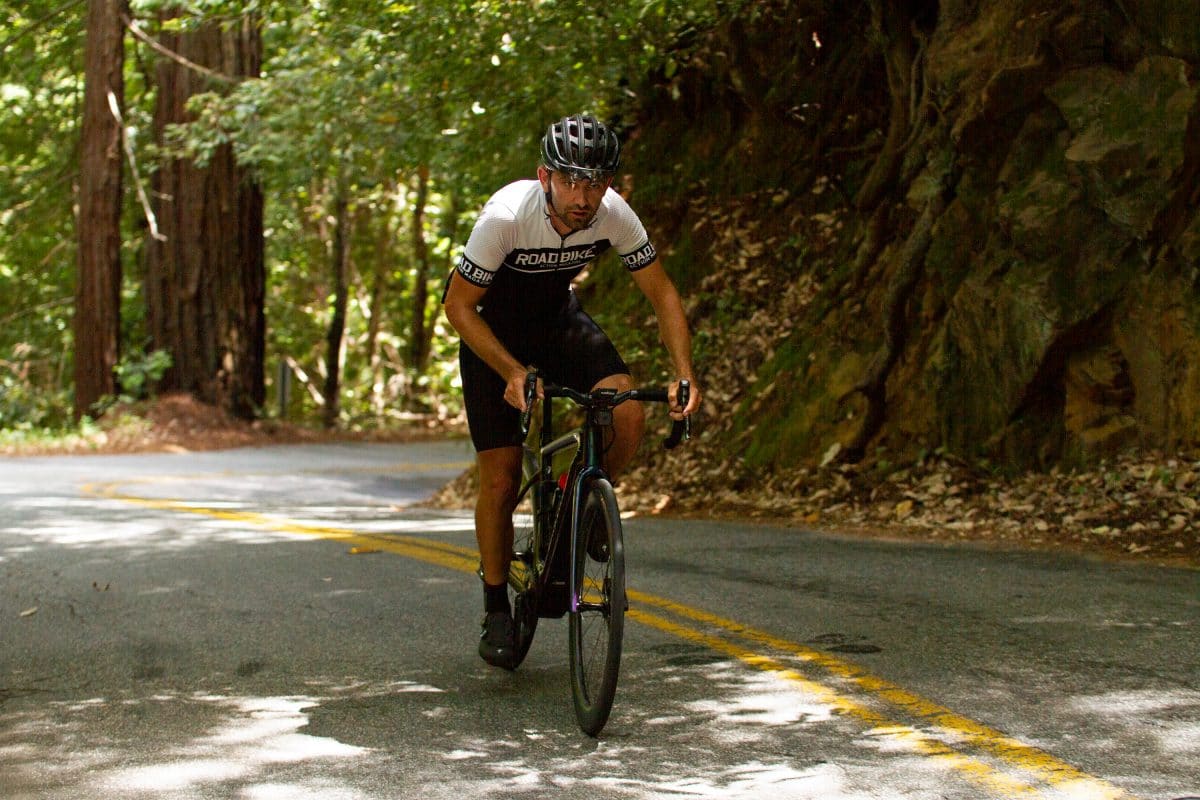 At the end of the day, we will have to get the bikes back home and on our normal routes before giving a full review. On the first ride, both bike setups were a blast and their range while in Turbo was impressive. There was no range anxiety on our planned routes and I would have confidently done another lap on each route if I could have. The bikes have no noticeable drag when pedaling above the 28mph assist limit or when in the no assist mode.

What is noticeable is the price point with the starting option at $9000. This pricing will limit the overall access to the bike but hopefully, this technology like everything else we have seen Specialized do, will have the trickle-down effect so that the masses will eventually be able to afford it. If you are lucky enough to have the means to make a bike like this possible then you won’t be disappointed, it was an absolute blast and riding one is still a workout if you want it to be.

Video: How many riders should be on each Tour de France team?