SRAM goes wider in more than one way. 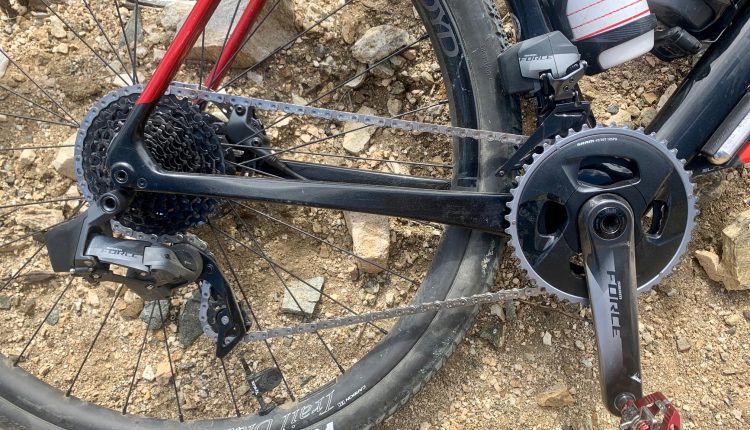 Just a little over a year ago SRAM launched eTap AXS which put them back on the map for drop-bar bikes. Along with this launch was a new generation in chainring options to match their 12-speed cassettes that feature a 10 tooth cog. For many it was very confusing but it didn’t take long for the masses to realize this wasn’t fake news and the new offering was indeed a step forward for the industry.

Well SRAM is now responding to Shimano’s GRX offering with wider gearing options. This is two-fold, one is a wider range cassette with matching rear derailleur (10-36), and the other is a wider crank. The new crank is 2.5mm wider on each side for a 5mm wider q-factor. With the wider stance is a new front derailleur that is 2.5mm wider, leaving more room for tires if you choose a 2x setup. The new “wide” crank comes in a new 43/30 chainring set, targeting all-road and gravel builds but also compatible on most road bikes too. 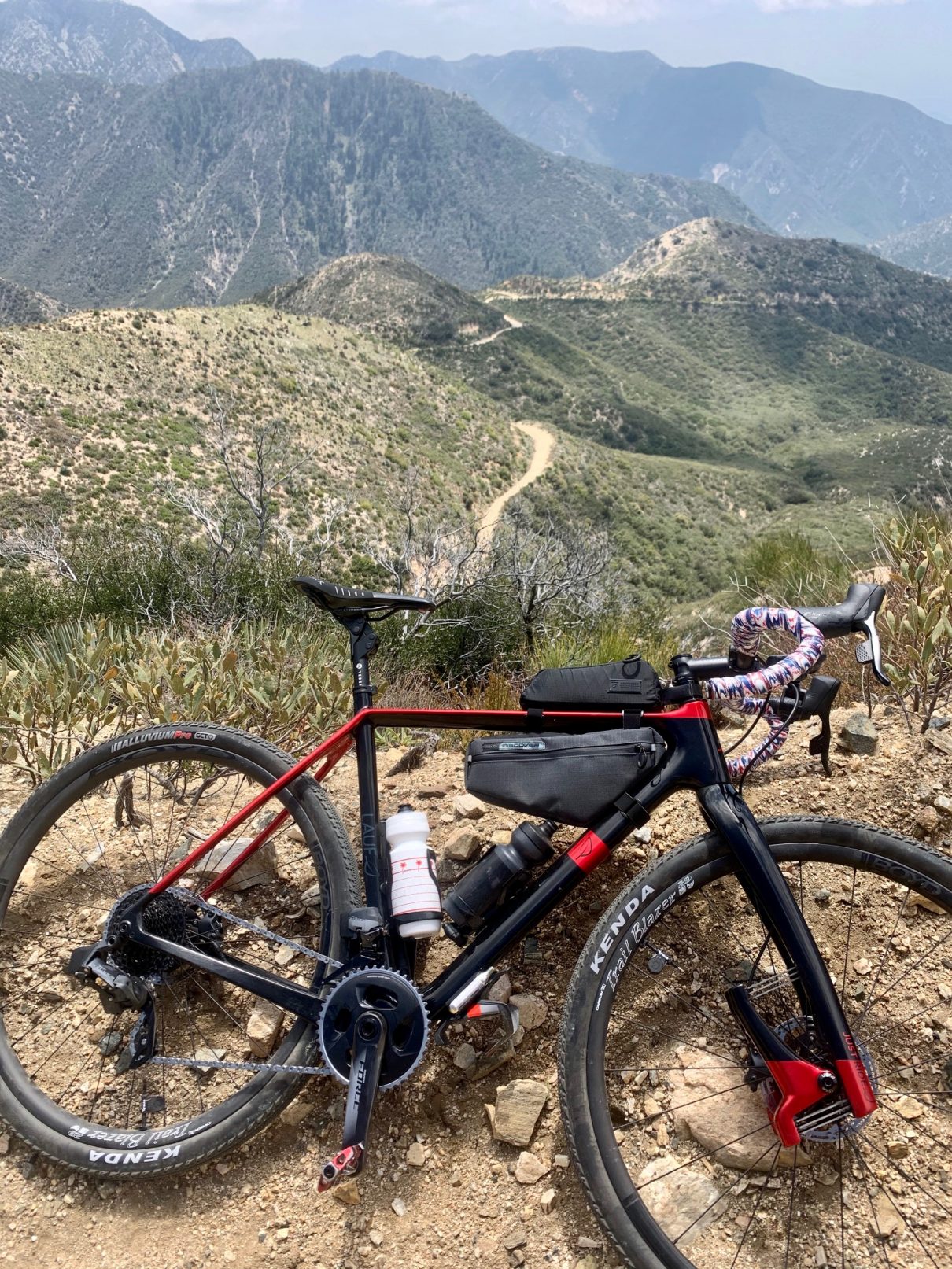 When we first got the notice that this new offering was coming we thought of the Lauf True Grit. It is one of our favorite bikes, but it has two small flaws. First is there is no routing for a front derailleur, this is not really a mistake but a way of limiting the use of a 2x system. Why? Well turns out when you mount a front derailleur it interferes with the rear tire, limiting the max tire size and that’s the second flaw. Lauf has offered their bike with a 2x eTap build but it was for those looking for a bit more all-road setup. 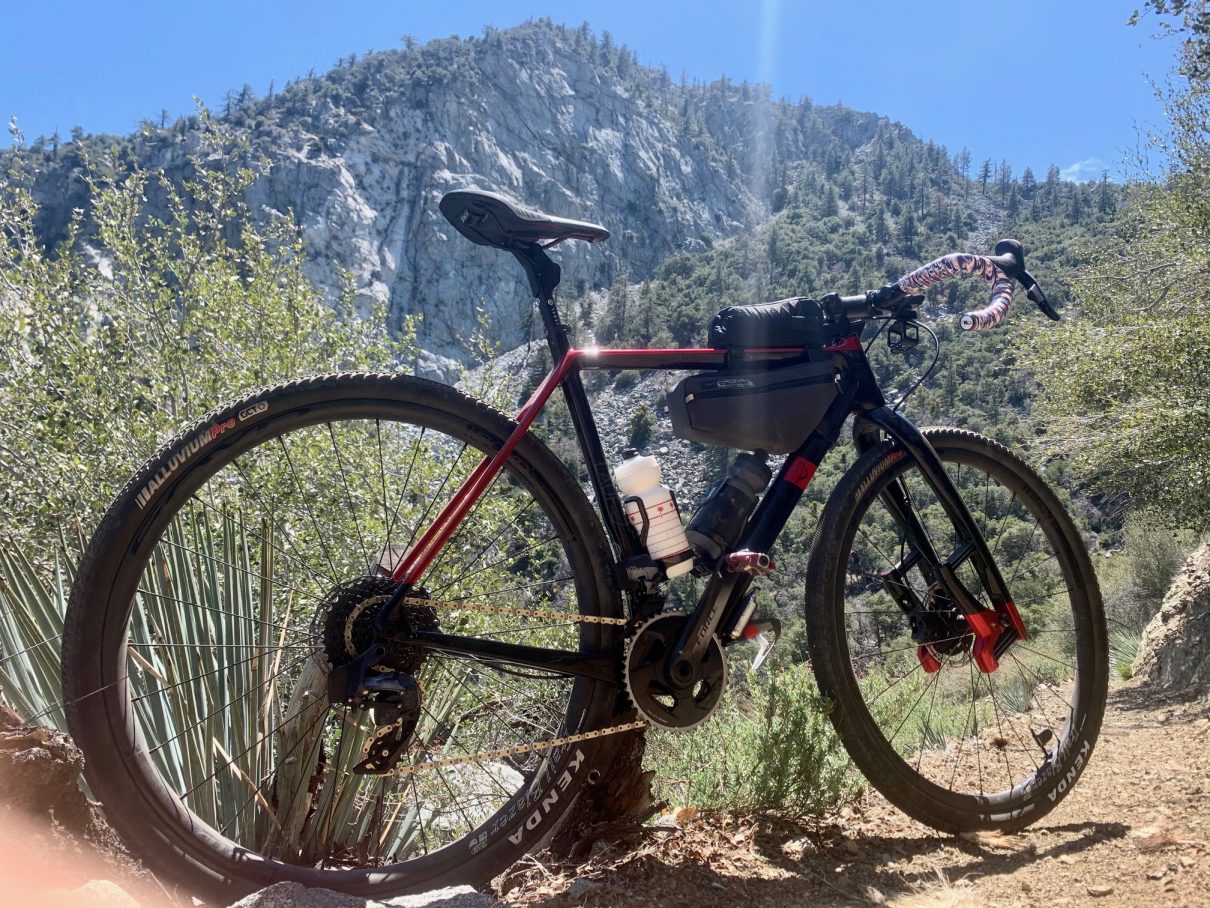 This new Force AXS eTap “wide” would be a perfect match, wider so no more tire interference and a 0.83 gear ratio mean more range for exploring.  Turns out our guess was correct and not only did it bolt straight up but we now have a much wider range of gears over our 1x setup, but we also have more options in between. Previously we had a 42 tooth ring matched to a 10-42 cassette. For those that remember we also had modified that for the LA Tourist race with an Ethirteen 9-44t cassette That offered a bit more range in both directions but would have been best paired with a 40t chainring.

What are we missing, a power meter. Yup, the new 43/30 crank with its 94mm bcd is not offered with a power option like the 107mm bcd cranks. Options are, to use a pedal or hub-based system like Powertap (which SRAM now owns.) Really that’s all that we lost out of the deal.

We have been logging a lot of solo miles on the new gears on roads and trails that get very little traffic. Part of this is due to many of our mountain ranges being closed due to the pandemic, but also because it’s fun to explore. Climbing and exploring unknown routes is more fun especially since we carry three bottles most of the time a well as a frame bag full of goodies. The added weight slows things down but the .83 gear ratio means we can keep our cadence at a more comfortable rate.

On the paved downhills, we could spin comfortably spin up to speeds of 35-36 mph, that’s just over 100 cadence. Sure we could get a bit more out of the 43×10 but it seemed for little gain and we’d rather just eat a snack and rehydrate on the way down. Off-road we rarely use the 43×10 or 11, really they were only needed on the paved roads. 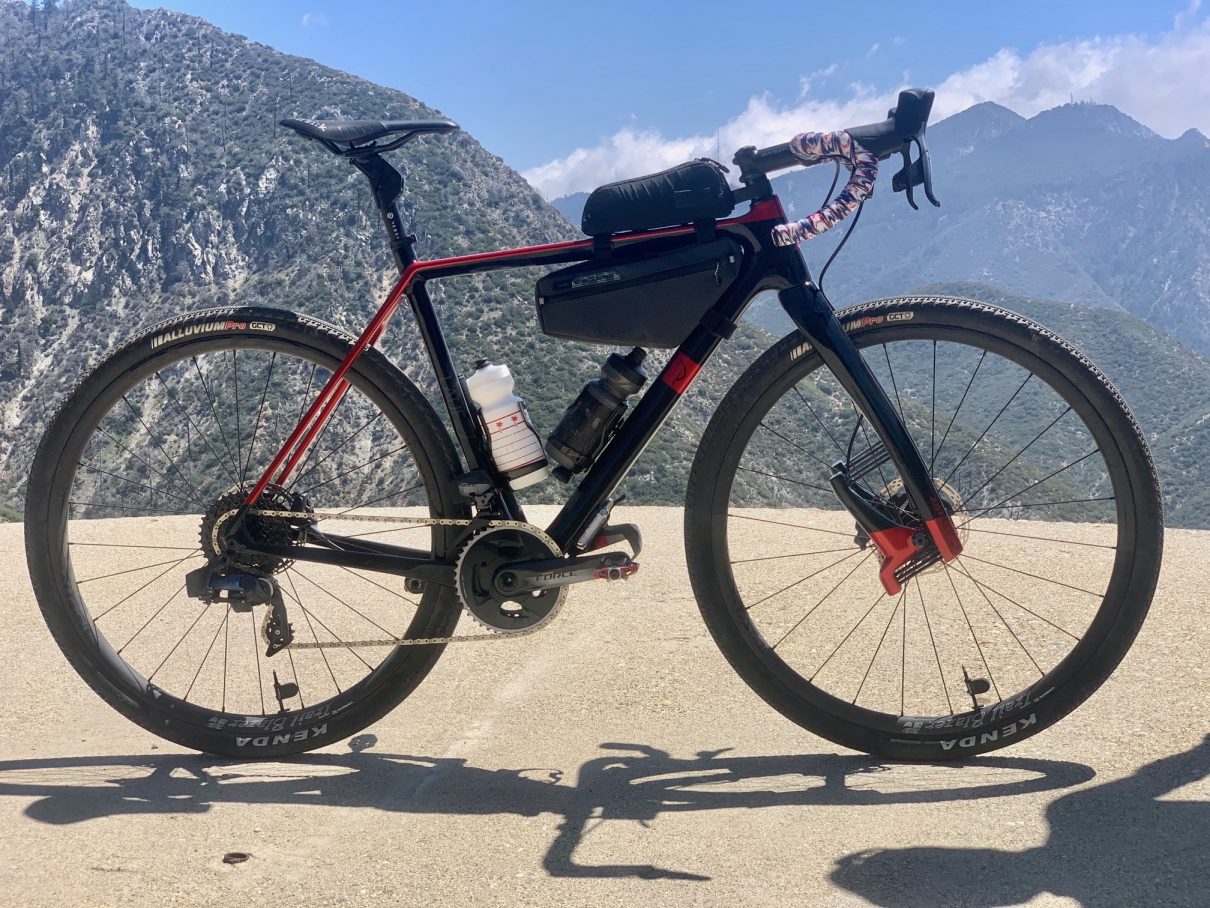 Shifting was spot on and the AXS controls are very intuitive no matter what system you are coming from. The new 36t rear derailleur has the same added retention as the previous so rough roads and washboard were no problem, even with the double. The Lauf Grit fork is known for letting us get a bit too much speed when descending off-road, and even our most out of control send it into the weeds encounters didn’t derail the chain.

Overall the new offering just adds to the options for building your dream bike. Sure, like anything there are always small compromises but very few. Like Shimano and their GRX, the new SRAM Force “wide” offerings just expand one’s ability to customize a drop-bar bike. We like that almost everything is backward compatible with existing AXS but we wish there was a power meter option.

For those performance road oriented riders, the new 10-36 cassette could be a great option for big climbing days or maybe spinning while riding with those that are a bit slower uphill. When matched to the mid-compact 48/35, you would have less than a 1/1 ratio without losing the top end. Then when back to your normal routine swap in the 10-28 for the minimal gear gaps.