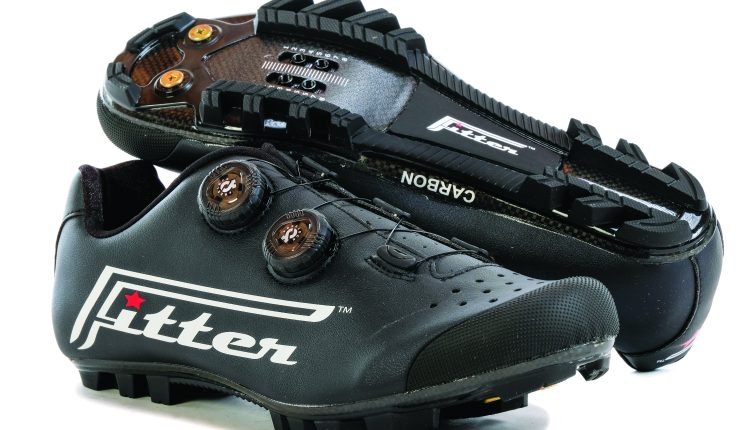 It’s likely the worldwide product shortage has affected your experience on the road in one way or another. Whether it was waiting 8 weeks for a SRAM derailleur, special ordering that one helmet from your local bike shop or something in between, simply keeping all of your gear maintained has been a struggle. When local apparel designer Espen Kateraas told us about his latest shoe release alongside a recent resupply to his catalog, we were interested. We previously reviewed Kateraas’ earlier release, the Fitter High Performance Road shoe, since then the Fitter brand has grown its apparel line to include a variety of colorful jerseys, warmers and socks as well as the Podium Elite Gravel shoes.

Giving the Podium Elite Gravel’s their name is their lightweight construction and the 2-bolt carbon sole. The sole is a mid-level flex that is ideal for the mix of on and off-the-bike needs of gravel riding. Solid Rubber tread lines the sides of the sole as well as the front of the toe box. A branded rubber pad is glued to the sole to improve traction too. Toe spikes can be added as well to improve the grip and increase the overall versatility of the shoe.

The shoes are relatively light, in part due to the thin microfiber upper. At 330 grams per shoe, our size 44s have a competitive weight. For comparison, the $400 Shimano S-Phyre XC90s weigh 350 grams per shoe and the knit $340 DMT KM1 weigh 328 grams each. The Fitter Podium Elites hold their value relatively well when matched up with legacy footwear brands.

The upper is laser-cut with ventilation over the toe box, on the tongue and across the medial side of the shoe. A reinforced rubber tip wraps around the toe box to protect the upper. A pair of Freelock dials are used for retention on each shoe. They are unidirectional with a simple logic. Each dial twists forward to tighten and pulls up to release. 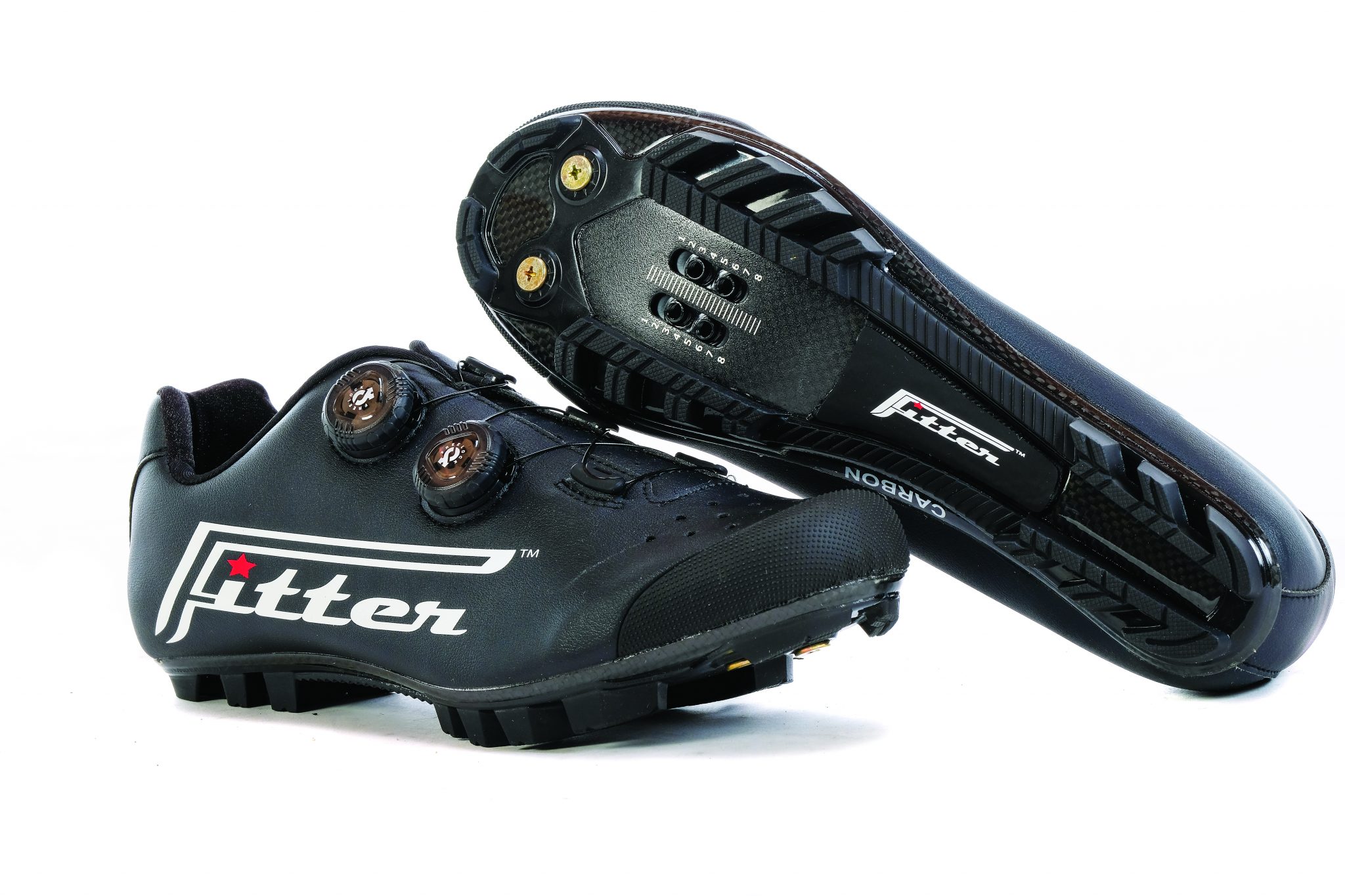 Initial impressions were varied but the Podium Elites improved as they broke in. We were impressed with the comfort of the supple form-fitting upper. The two-dial retention system provided sufficient retention at the top of the tongue and pulled the sides over the center for a well-rounded feel. Riders with high arches reported they desired a bit more support from the stock sole but were able to achieve the desired fit with some basic inserts.

On the road making micro-adjustments was difficult as the dials only twist to tighten. Riders were caught out a couple of extra seconds by popping the dials open to achieve the desired tension after overtightening. Over time the technique became second-hand but still not as simple as a Boa system. We also were concerned at how slippery the shoes felt while walking but after our first ride the rubber tread broke in and provided proper grip.

Gravel rides are typically longer for us than road rides, making continuous comfort an important aspect of a shoe. The Podium Elites held up over 4-plus hour rides with no qualms about hotspots or sore feet. The shoes are well-ventilated as well. 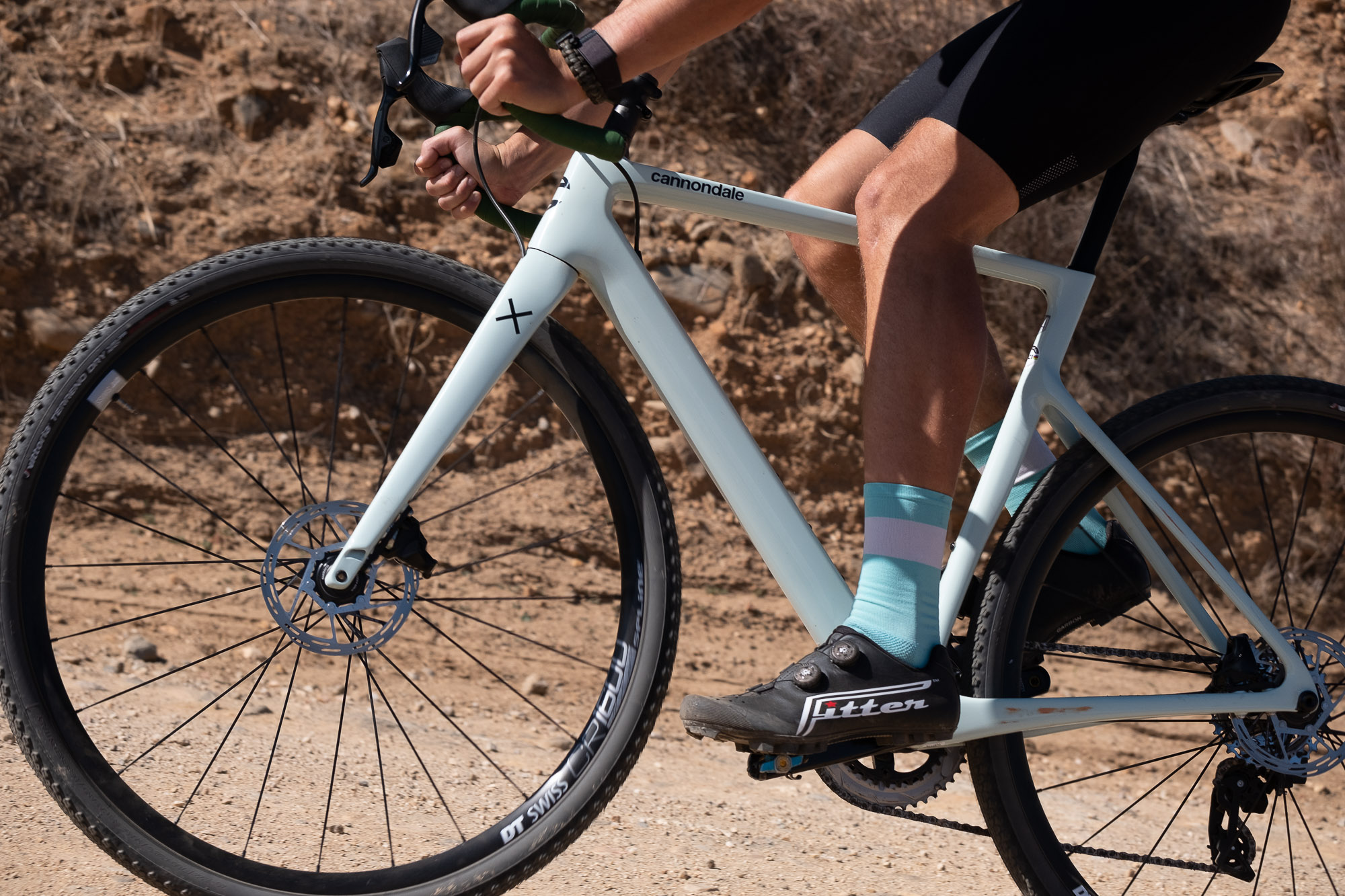 Fitter came about with the idea of promoting a healthy lifestyle. Kateraas makes that goal a bit easier with consistent resupplies and gear in a variety of colors and styles to accent your favorite kit. At just about $250 the Podium Elites make a competitive case for themselves when compared to some of the top brands in the market, mostly because it’s likely you’ll find some in-stock online. Weight-wise they’re hard to beat, we just hope Fitter adds some of the colors they’ve become synonymous with to the Podium Elite shoe series. The shoes originally launched with a wide range of sizes (38 to 47) but currently sizes 40-45 are available online. The use of non-traditional parts like the Freelock dial and the direct-to-consumer sales strategy help Fitter achieve lower prices that provide value and keep cyclists on the road. 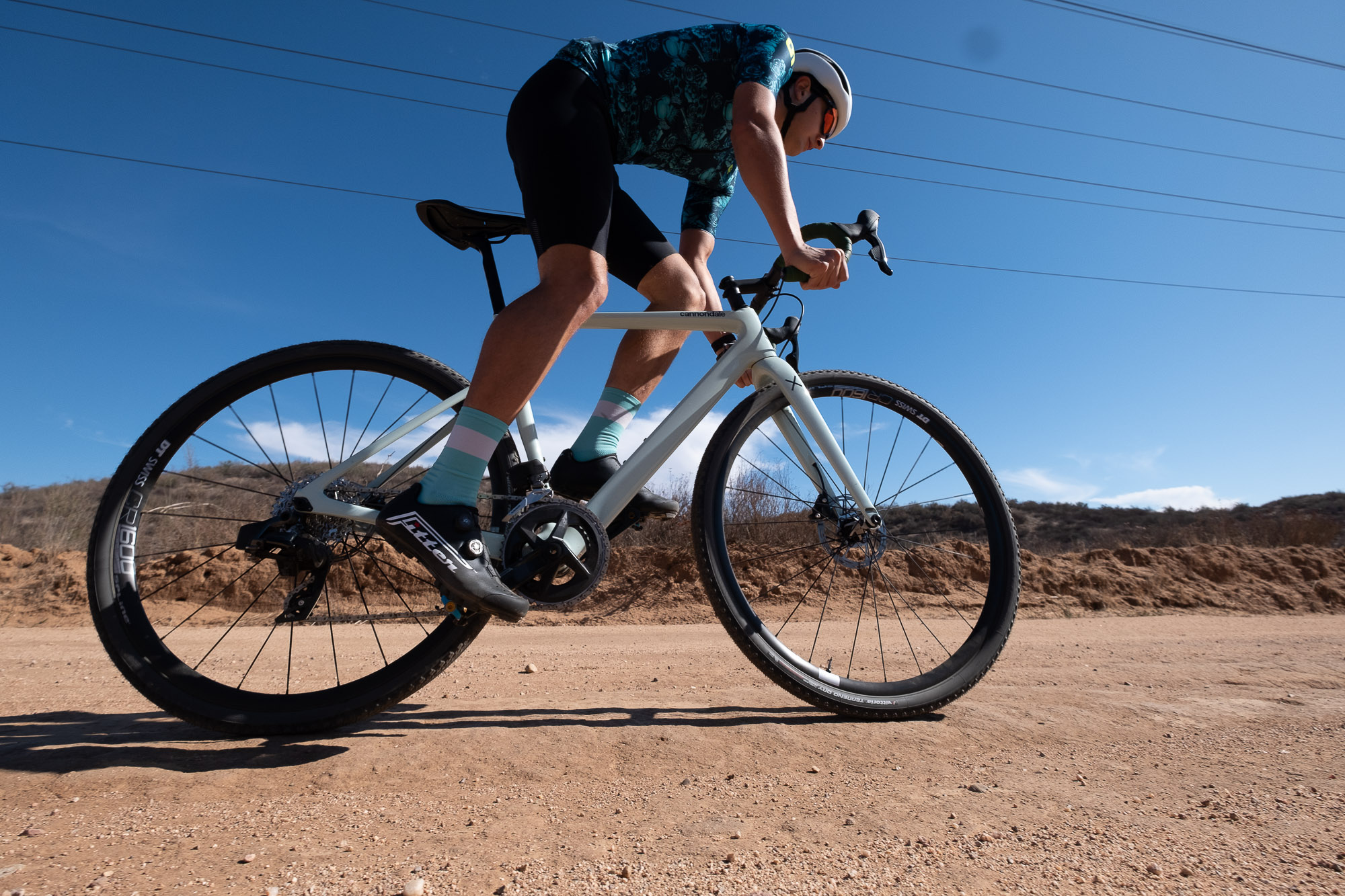