The former teammates still trying to find peace - or not

As if there is really a whole lot more to add to the story – Lance Armstrong and a bunch of others cheated to win -many in the cycling world are still looking forward to the latest installment of Lance “telling the truth, part 2” (following his tell-all to Oprah Winfrey in 2013 when he confided that he had in fact doped  to win all his Tour de France victories) on an upcoming two-part  ESPN special due on the 30/30 show  on May 25.

As selected quotes have recently been leaking in advance of the show, the latest was Lance being less than diplomatic when thinking about his former teammate.

“It could be worse, I could be Floyd Landis, waking up a piece of sh** every day.” Nice. But Floyd was big not to respond in kind. 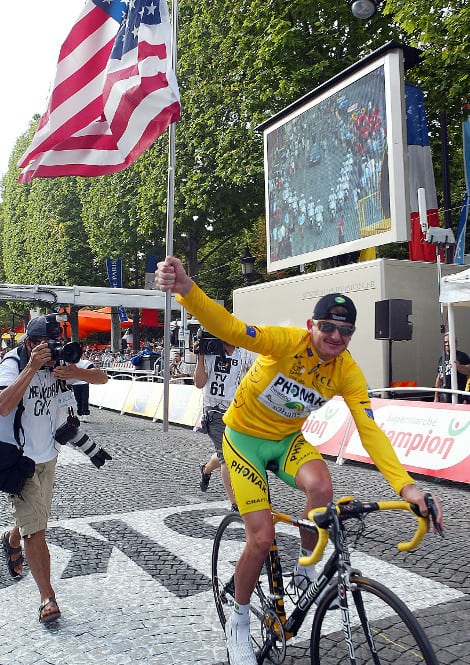 “I have some empathy for him because I went through some real public humiliation and it hurts. You want to blame somebody and sometimes it’s easier to find the most obvious thing or person and blame them. He can blame me. Maybe it would still be a secret if it wasn’t for me. I had to come clean. He’s obviously not happy about that. I hope he finds some peace in his life. I don’t have any further animosity towards him. There’s a lot more to it than just one bad guy that got a bunch of other people to dope and was kind of mean. It’s complicated.”

In the end, Landis was even gracious enough to offer a Lance a compliment saying he was “the best cyclist that I’ve ever raced with.”