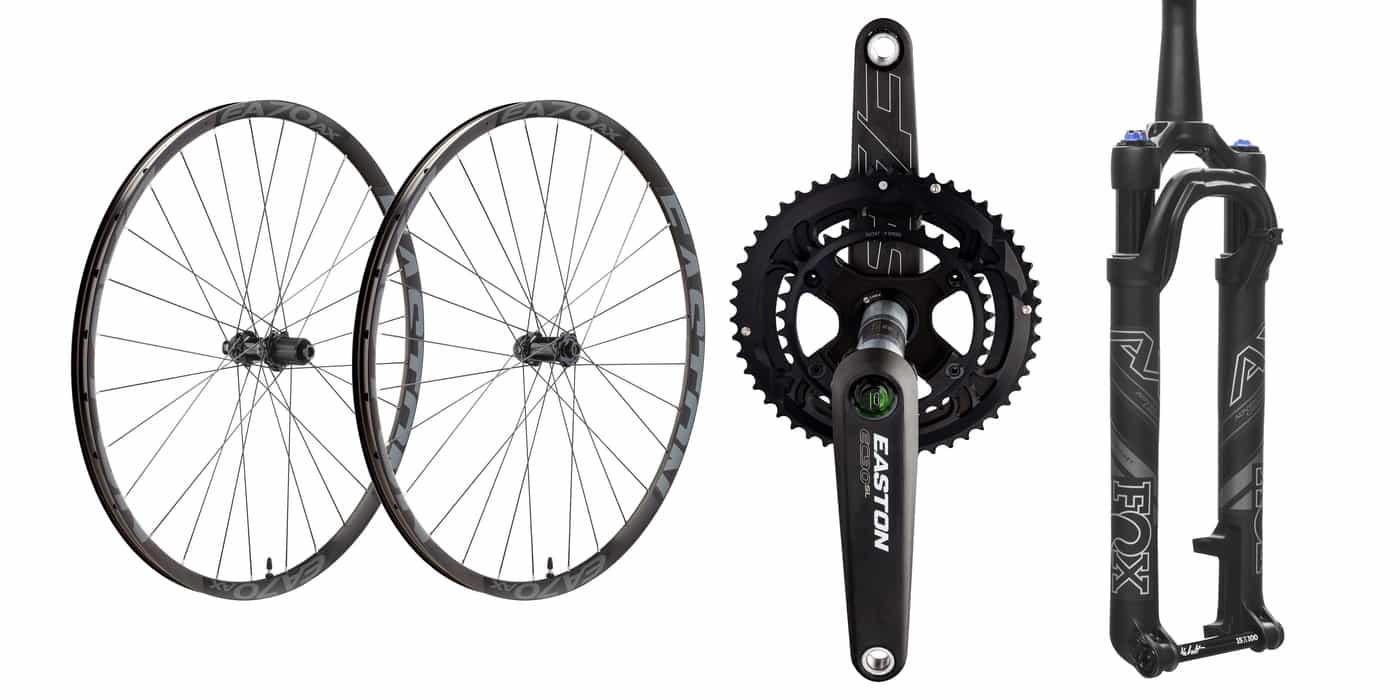 With last year’s release of the successful AX (Adventure Cross) handlebars that features a 16-degree flare in the drops Easton and Fox have expanded the line. From Easton they have added the new EA70 AX wheelset and a CINCH Power Meter Spindle. Both the EC70 AX Bar and the EA70 AX Bar continue into the 2018 line as well. 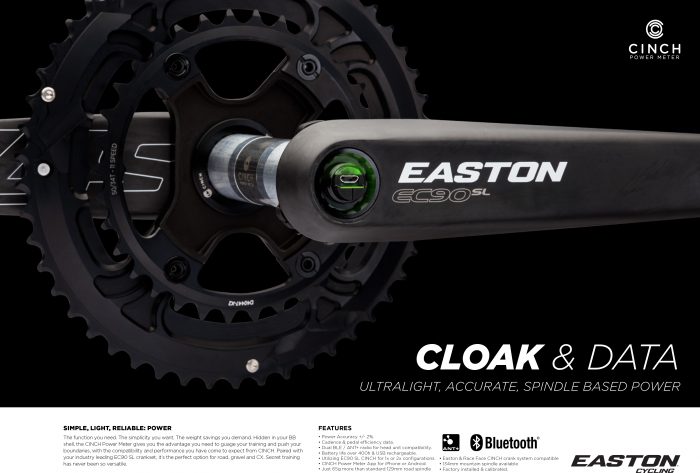 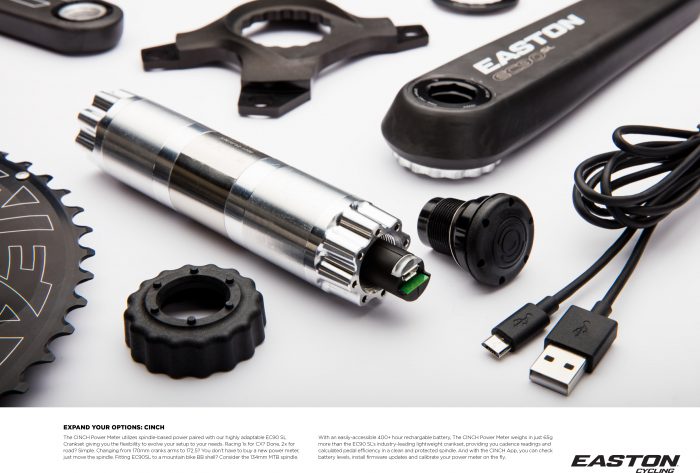 The Cinch system makes it easy to switch between single or double setups and now the addition of the spindle based power meter and internal rechargeable battery tracking your performance is even easier. The power peter is a single sided (non-drive side) system that uses an algorithm that Easton has been testing and tweaking in conjunction with its pro teams and riders. Head over to www.eastoncycling.com and upgrade your bike today.

It’s no secret that Fox has been building a gravel fork but the truth is they really weren’t planning on it. With the release of the Step-Cast fork and its weight being so impressive many of the employees took it upon themselves to modify the stock 100mm forks to fit their gravel bikes. Yes, it all started as a small but growing bunch of the employees that weren’t happy with the offerings on the market and knew they could do it better. Well, the phone calls started rolling in as more and more people got a glimpse and Fox decided that they could quickly make the modifications and get them to market. This was the birth of the 32 Float Step-Cast AX 40mm fork. 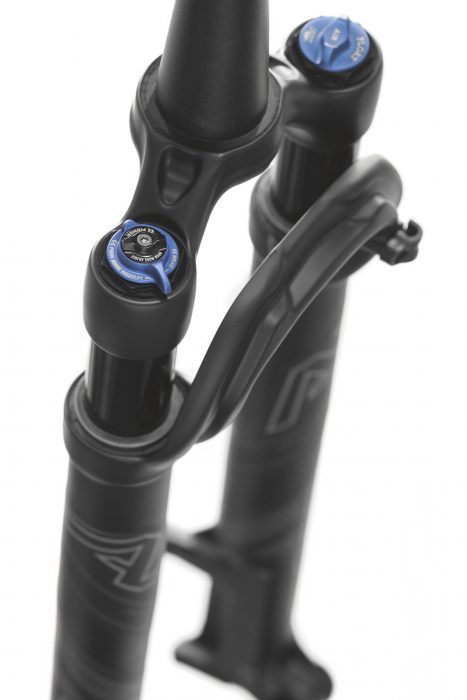 Fox has taken their 32 Float fork in the 27.5 size and cut it down from the 100mm to 40mm. Then they reconfigured some of the internal bits and added a few volume spacers. The result is a 40mm suspension fork the works as their mountain fork does with three compression settings open (that has 22 clicks of adjustment), medium and firm (lockout with a blowoff valve in case of a big hit while closed). The system is a working project and might not fit every bike and size but with a few slight modifications, it can fit most. Fox has developed a microsite www.ridefox.com/ax that will be updated on fit specs and what to look for if you are looking to upgrade your fork. The fork is post mount and it also uses a 15mm thru-axle but adapters for both wheels and brakes would be well worth the gain in confidence and ride quality if needed.