Geraint Thomas thinks life has been "insane" since he stood in the yellow jersey and proudly held the Welsh flag aloft on the podium in Paris as Tour de France champion -- but the madness may just be beginning. 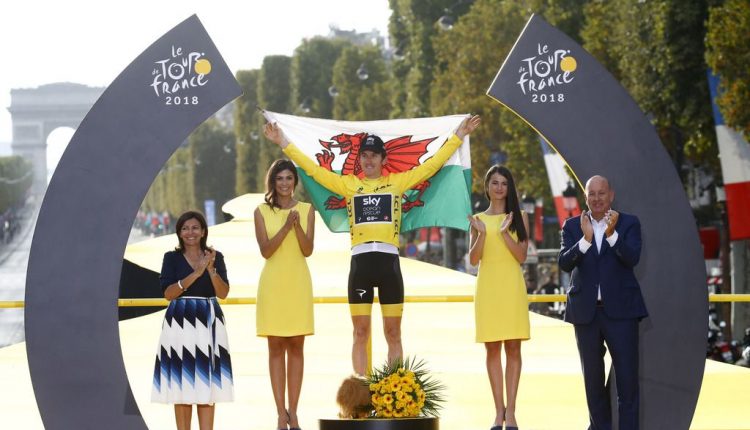 The likable softly-spoken 32-year-old, who lives in Monaco, will have to get used to transforming from kingmaker for Chris Froome to the king himself, and that won’t come easy, according to 2012 Tour de France champion and former Team Sky team-mate Bradley Wiggins.
“He’ll feel the same inside but people’s perception of him will change,”  Wiggins said on Eurosport.
“Everything will be different from now on.
“He won’t be able to walk down the street in Wales now without people coming up to him.
“I think he may now be Wales’s biggest sports star.”
Thomas got an inkling of how far the madness was heading when he opened the newspapers on the morning after his triumph.
“One thing stands out is putting on Instagram (a picture of) myself and my wife Sara eating Welsh cake in bed after the party on Sunday and the next thing it is on the front page of a paper, that is a bit crazy already,” he said. 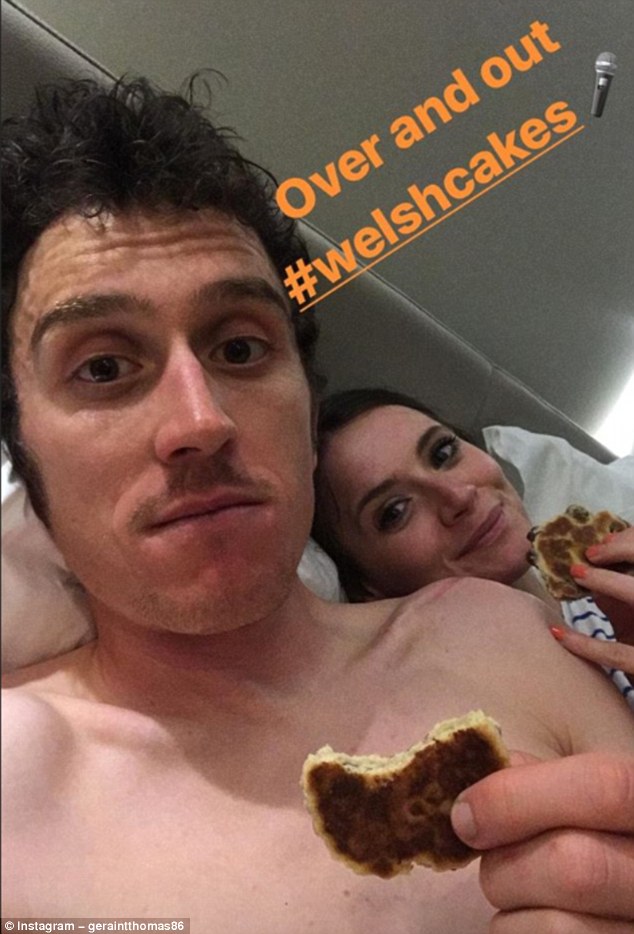 Being described as Wales’s top sports star is some accolade for Thomas, the one-time shy schoolboy from Cardiff’s Whitchurch High School, which also produced the three years younger duo of former Wales and British and Irish Lions rugby captain Sam Warburton and Real Madrid football superstar Gareth Bale.
“It is insane all of us close to each other and incredible for a school in Cardiff,” Thomas told Channel 4 News earlier this week. His return to Cardiff — penciled in according to The Daily Telegraph for Thursday — promises to outdo even the ticker tape parade accorded to Bale and his Welsh team-mates after reaching the Euro 2016 semi-finals.
Already Wales began celebrating its latest sporting hero on the eve of his win — illuminating its ancient castles spread out across the land in luminous yellow, the color of the Tour de France winner’s jersey.

However, a humbled Thomas — who said seeing the reaction on Twitter after he had stepped off the podium was “bonkers” — hopes he will be able to manage fame in the same way as Chris Hoy, the British track cycling legend he regards as a mentor.
“I have no idea what it will be like but I saw Chris Hoy after I had won and he was super nice,” he said.
“He is a massive role model as he hasn’t changed and is still down to earth and who you want to be like.”
Further accolades may be in the offing for Thomas and he is already second favorite behind Harry Kane to be named the prestigious BBC Sports Personality of the Year in December — a sizeable popular vote from Wales alone could swing it his way — whilst an honor from Queen Elizabeth II cannot be discounted either.

However, whilst getting used to the increased media and public attention will be hard enough there is serious business too that awaits after the din has died down from the receptions and parades — sorting out where his future lies. At his age one last lucrative contract awaits him and even though he feels great affinity with Team Sky and their boss Dave Brailsford, sentiment will not dictate his decision about a new one as his present deal terminates at the end of the year.
“That is the biggest thing going on,” said Thomas, who The Daily Telegraph claim will be offered a deal worth over £3 million ($3.9 million, 3.76 million euros) a year by Sky.
“It is hopefully going to be sorted out in the next few weeks.
“I will listen to other teams of course but I have been with people like Fran Millar (director of business operations) and Dave Brailsford since I was 17 and they are like family to me.
“But they have to come up with a good deal, it is an exciting time.”