From NFL To Cycling: Jeff Byers

The beauty of cycling is that it brings together a vast array of different makes of personal. Many people have quite the interesting story as in to how they got into the sport of cycling and most of their backgrounds are different from the next. What started as a simple product test from a new company; Topical EDGE, it quickly turned into finding out quite an interesting background with the man who is leading the charge with Topical EDGE, Jeff Byers.

Unknown to me at the time but Jeff has quite the background before becoming a normal American working man. Jeff played 3.5 years in the NFL and just recently retired in 2013. Caught off guard as he was one not to boast about his past. Once finding this out I had to learn more as I have never met a former NFL player.

We’ll let Jeff fill you in on the rest…

Jeff, give us a background on what you have done in football and the NFL?

Well prior to my professional career I was off to a good start in hight school as I was the number one rated high school football player. I was the gatorade player of the year in high school which allowed me to pick whatever college I wanted to go to. I ended up going to the University of Southern California (USC). While at USC I was a two time captain, 3.5 year starter, won National Championships while playing the offensive lineman position. My college career was riddled with injuries though which resulted in myself going un-drafted into the NFL which meant I wasn’t a draft pick. I started my rookie career for the Denver Broncos mainly on the practice squad. I was cut going into my second year by the Broncos and I got signed to the Carolina Panthers. I spent the next three seasons with the Panthers. During that time I started seven games and played twenty some games. I was the swing guy which is the back up player for most of my career. I would go in and play when other guys got hurt. What made me successful in the NFL was my work ethic and able to suffer through the tough times. I took great pride in being the first guy in and last guy out of practice days. I also got my masters in business while at USC. 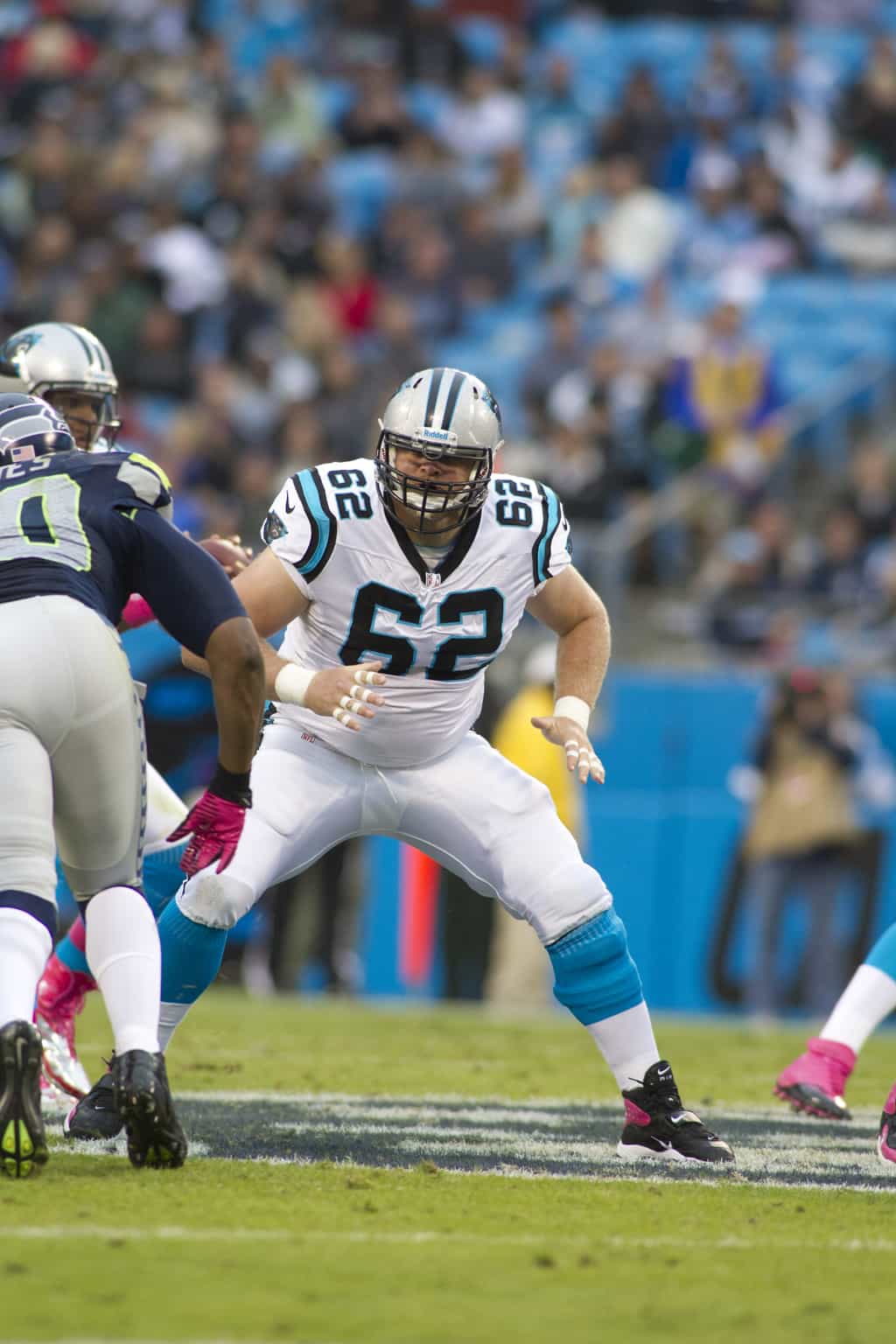 What were some high lights you take from your career in the NFL?

Well one high light while playing in the NFL would be my first chance to start in a game. It was very memorable and it was against the Chicago Bears which I grew up watching since I lived in the mid west, I was a fan of them when I was younger. They had a really good defense so starting against them was a dream come true and my first career start.

Second would be that I got to play defense. I always played offense but they needed a guy one game so I got to play three plays of defense which isn’t much but it was really fun and it brought me back to my high school days of playing both defense and offense. 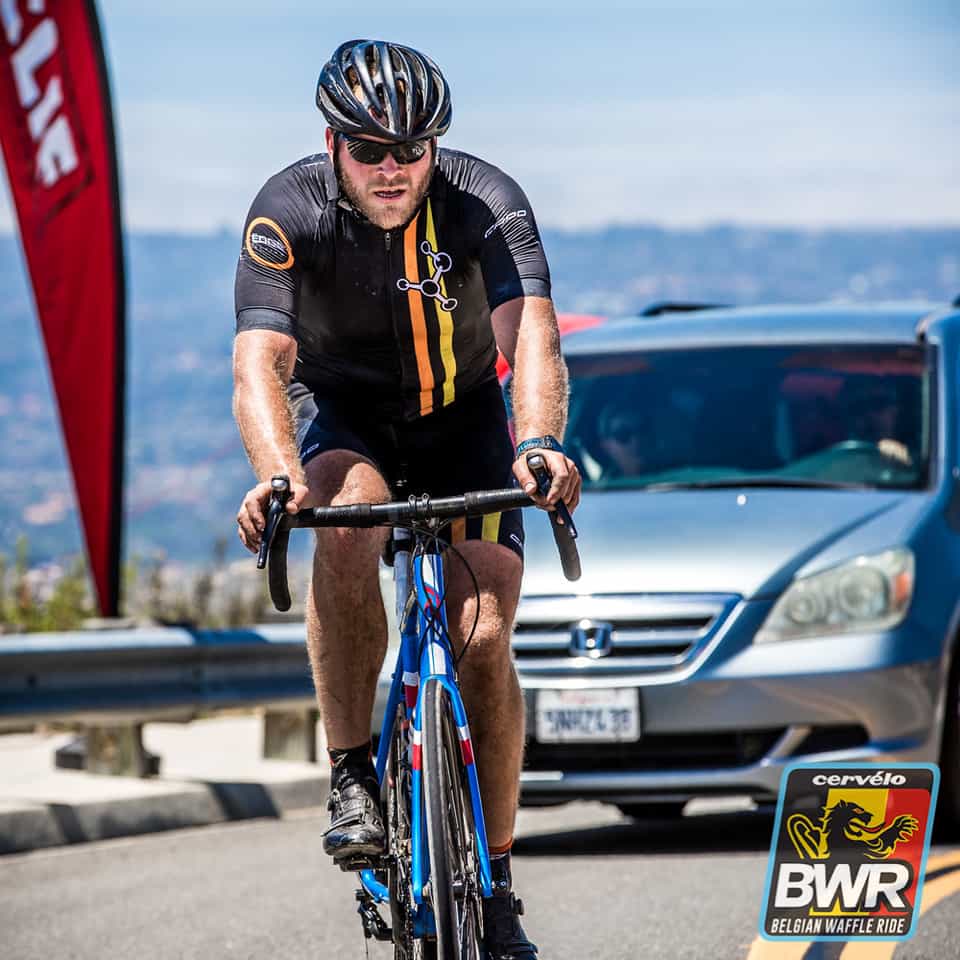 Once you decided to step away from the NFL what was next for you to pursue?

When I decided to retire from the NFL it was for quite a few different reasons. The longevity of my body was a big reason and I enjoy to hike and bicycle and being 310 pounds it ends up being tough on your body. When I retired I lost 90 pounds quickly and I did it all by swimming and riding my bike. I never rode seriously, I always rode but was never a full on cyclist. I didn’t really get into the sport till this past year.

Going into the working world though I wanted to challenge myself business wise as well so coming out of the NFL I decided to go straight into the financial industry. I spent a year and half in the financial industry but I wanted to join more of an early stage company. I ended up moving over to a bio company with Ampersand which is a bioscience company with a technology developed in the medical industry to get molecules through the skin.  We had an idea and took that technology, combined it with sodium bicarbonate and created Topical EDGE to give athletes of all kinds and skills the ability to train harder and recover faster.  With most of our founding team being athletes, and three who really love to ride bikes we launched into the cycling industry and made it our core focus, which is how I, who loved to ride, got into the cycling industry and get to ride more than ever now. 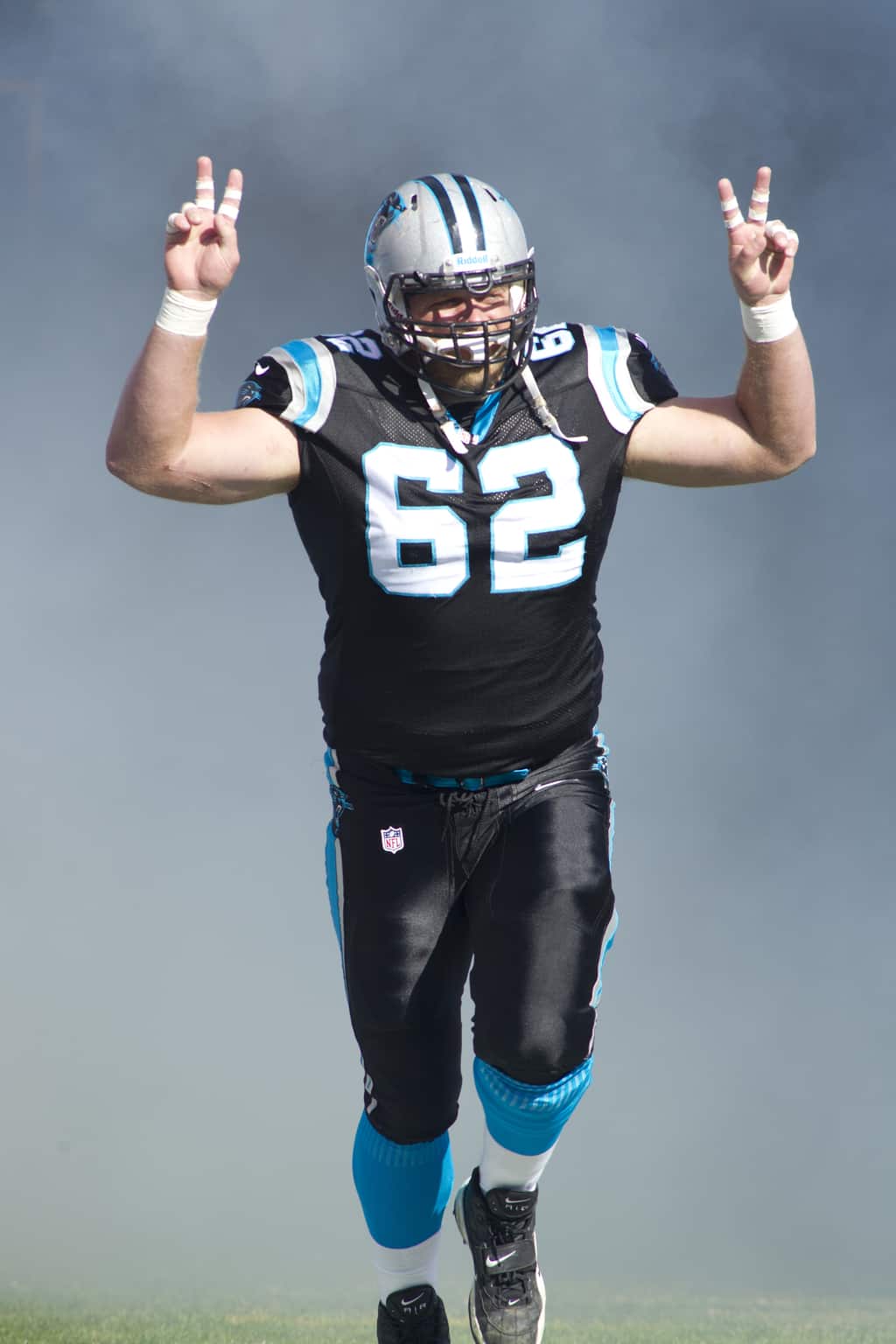 Coming on board with Topical EDGE, how has that been working with them in the cycling industry?

We are a very young company. We just launched this year but we’ve made good relationships in the industry from partnering with Rally Cycling and seeing their success. They believe in the ability to train hard and recover faster. As a former pro to see other professional’s get behind Topical EDGE it’s a big deal for me. We also have partnered with Carmichael Training Systems and the Elevate – KHS Cycling team. We have many other athletes and coaches as well that we work with. It’s this cool product that allows you to train a bit hard and recover faster. It’s not a magic pill that is going to make you an Olympian. I would say it’s what Gatorade did 50 years ago where it can help unlock a small part in your body that will help you gain more success. Whether your a top professional racer or a weekend warrior it’s a product that everyone can use and benefit from. I’m really happy that we launched it in cycling at the core level because I look forward to being in this sport and helping athletes along the way. 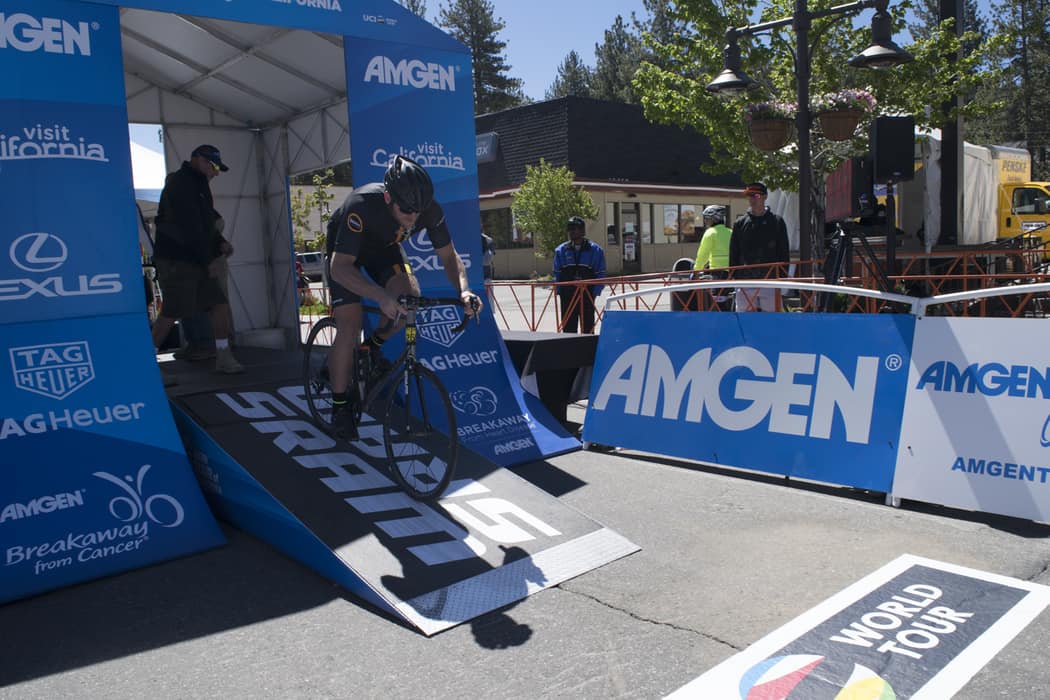 Now that you have been around cycling a bit what do you notice about cycling compared to what you know about the NFL?

What’s cool about athletics is that to get to the peak level of any sport is to have the tangibles and the ability to suffer and find the enjoyment while suffering. Doing anything really good in life especially in athletics you have to suffer. In cycling I have noticed that it is amazing how much a rider has to suffer to be good. In other sports I have seen guys who have been very talented and maybe not have had to work as hard to get really good but in cycling you really have to suffer all the time to move up. You are always suffering regardless of how talented you are. Suffering is world wide in sport and its incredible to me to watch somebody suffer on a bike, yet still find the joy inside to push through. 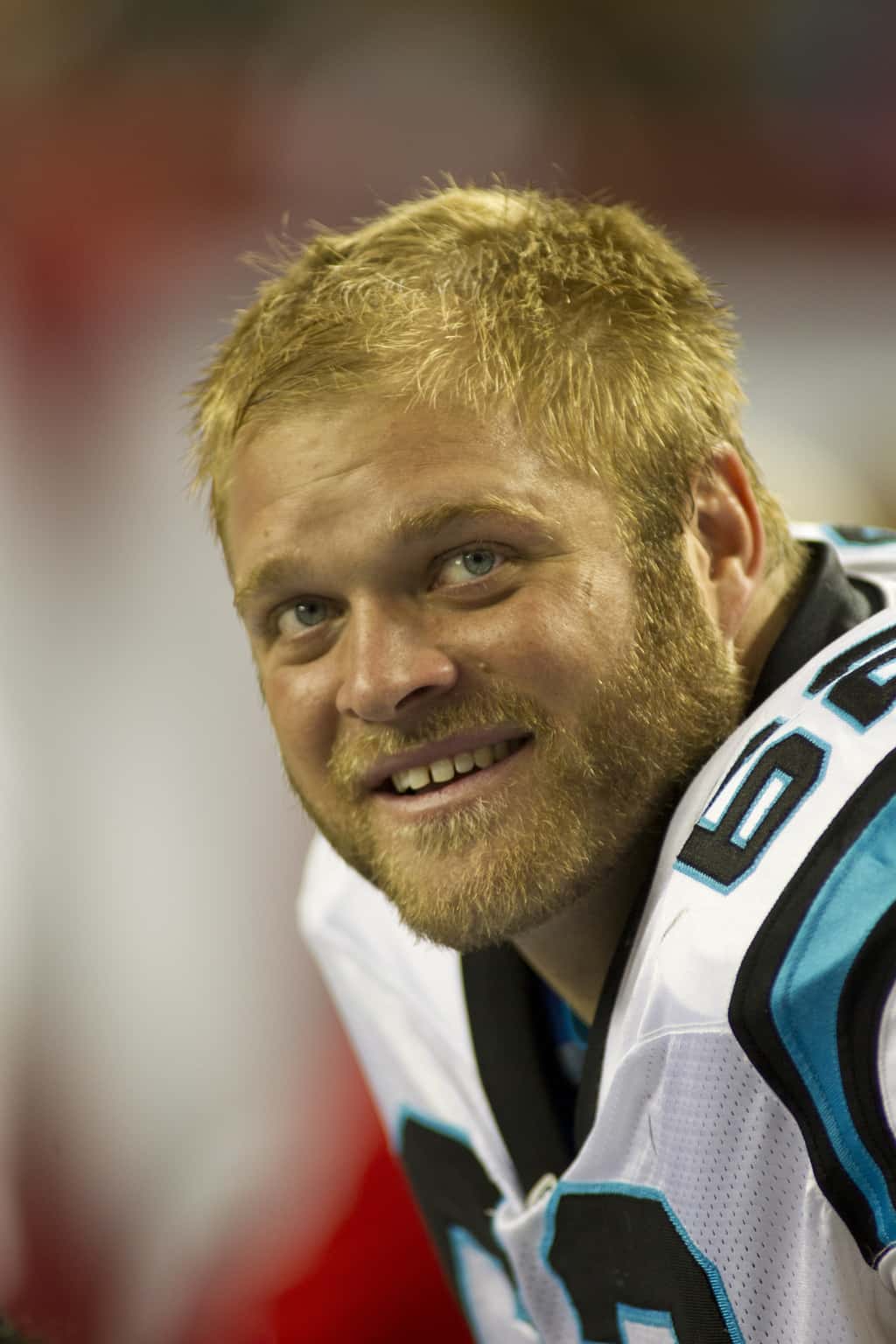 You seem to be spending more time on your bike now, is that a new found passion for you?

Riding my bike has always been what I enjoy doing but for me I am not a good person to be around if I’m not exerting myself a couple times a week. My whole life I always have pushed myself so I need to keep doing that. I’ve always ridden but the past six months I have had a bit more structure to my riding. I don’t rely on a training plan because I want to ride because I love it. When I retired from the NFL I told myself I wouldn’t get into something where I had to be told what to do. I like the freedom of my cycling and being able to do whatever I want whether thats go into the mountains with some friends or hit a group ride. Sometimes I may ride five days a week or other weeks maybe only one day. I always try to network the bike into my work life with maybe doing a meeting on the bike or riding with others that have to do with my work life. 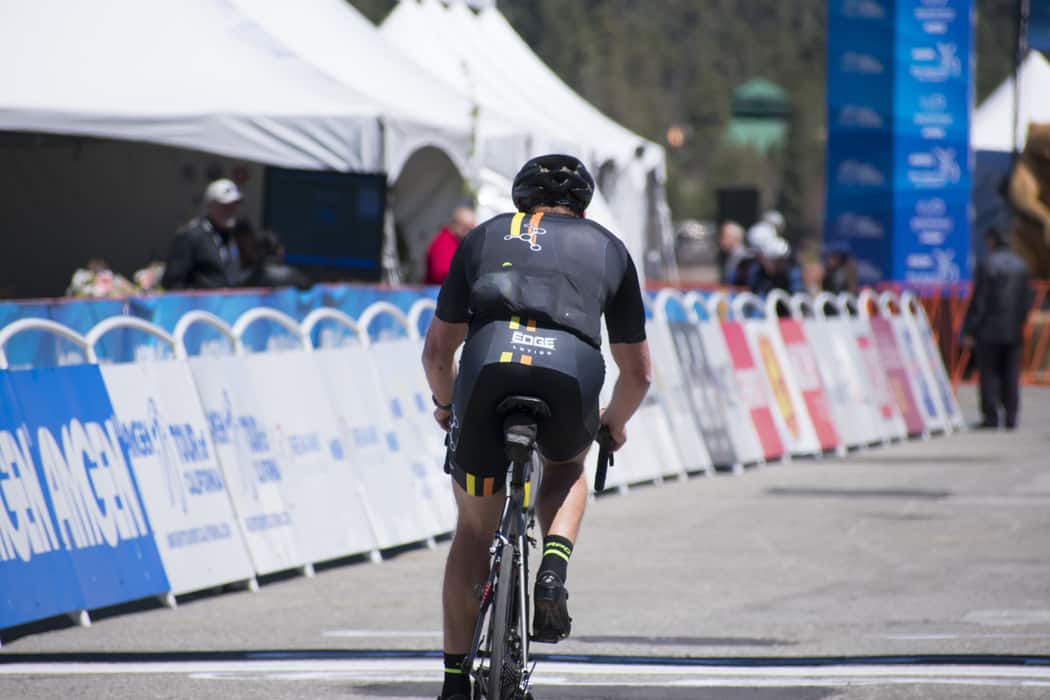 If you would like to find out more about Topical EDGE you can do so by reading our article here.

Stages Dash, More than another Computer

Do you want to be faster and have the ability to dig deeper?