For The Ladies: Betty Designs 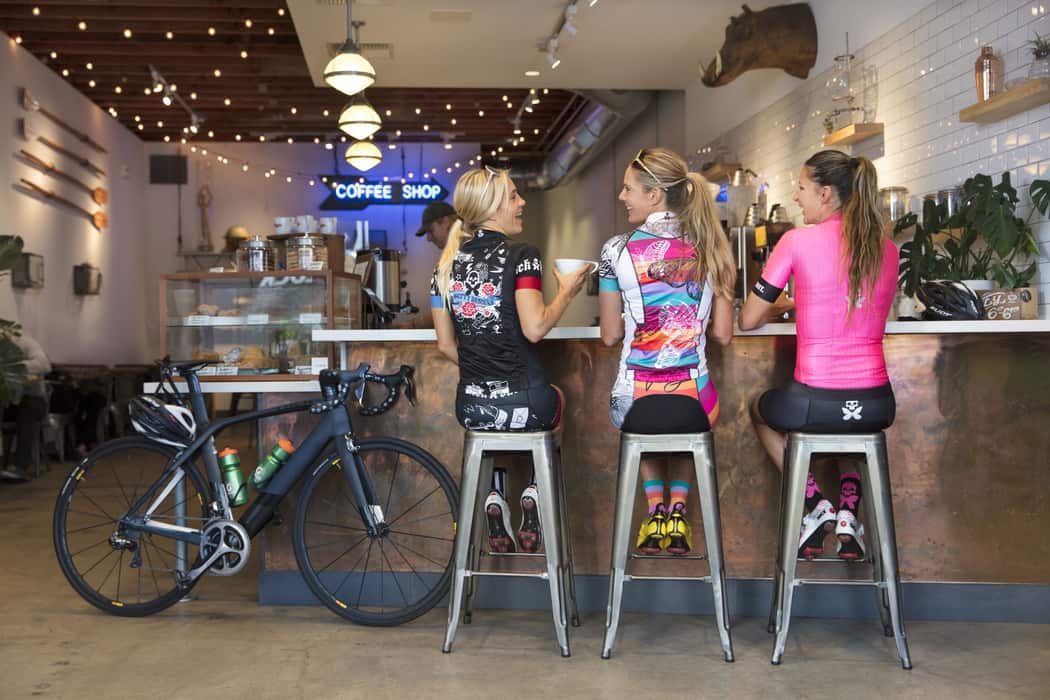 We had the pleasure of catching up with Kristin Mayer, the woman behind Betty Designs. She has quite a remarkable story on how in just six years she started with a back pack of jersey’s at Kona IronMan and turned her brand into a premiere cycling brand. With a more edgy approach she has really carved out her own place in the industry which has been a breathe of fresh air to many. You can read the full interview in our upcoming May issue.

How did Betty Designs start?

For most of my career, I was a graphics designer working freelance for other people. To make a long story short, in 2010, I became a single mom and needed to generate some extra money. At the time, although I was designing jerseys for professional athletes and I was getting by, the thought of starting my own business was insane and terrifying.  I had no funds to go out and start a company the way I thought most people started a company. I also didn’t want to take on investors.  I ended up starting really small and bootstrapping the process. I went to a vendor I was working with and ordered 30 jerseys and some tank tops and took them in a backpack to the Kona Ironman in 2010. I walked around wearing the jersey to see what people would think of it. The response was really interesting. One girl hopped off a storefront, grabbed me, and started asking about the logo and brand. She also asked if I had more jerseys and bought 15 right there on the spot for the store.  During the rest of the week people were talking about the jersey and buying them off my back. By the end of the week, the backpack was empty and I thought I was on to something.