Chris Froome admitted Thursday that his adverse drugs test during his victory at the Vuelta a Espana is “damaging” as the four-time Tour de France winner battles to clear his name.

The British rider had twice the permissible amount of asthma medication Salbutamol in his system during the Grand Tour race he won in September. Cycling’s governing body UCI has asked the Team Sky rider to provide more information but in line with World Anti-Doping Agency guidelines has not suspended him.

If Froome fails to provide a satisfactory answer the UCI could proceed with an anti doping rule violation case, which could strip him of his Vuelta victory and result in him missing a large chunk of next season. “This is damaging. It’s come as a huge shock to me as well,” Froome, 32, told Sky Sports.

“At the same time I know within me that fundamentally I have followed the protocol, I have not overstepped any boundaries and I hope by the end of this process that will be clear to everyone and I’ll be exonerated of any wrongdoing. “I can’t say what other people are going to think at the end of this. I can only obviously control my input to the situation.”

Team Sky said in a statement on Wednesday that Froome experienced “acute asthma symptoms” during the final week of the Vuelta and increased his dosage of Salbutamol, within permissible limits, on medical advice. “Coming into the last week of La Vuelta I began to feel a lot more symptomatic — my asthma was playing up a lot more and that’s when the doctor advised me to increase the number of puffs – obviously staying well in the legal limit of the maximum allowed number of puffs you can take during the race,” said Froome.

“So we did increase it and that’s why we’re faced with this question of ‘I did stay within the limits but obviously the test results show a different reading’ so we’re trying to evaluate what has happened.”

Froome, widely considered the greatest Tour rider of his generation, is scheduled to race the Giro d’Italia in May 2018 ahead of defending his Tour de France title in July 2018. The test raises fresh questions about British cycling following the scandal surrounding Bradley Wiggins, who received therapeutic use exemptions (TUEs) to take a corticosteroid in 2011, 2012 and 2013, including before his 2012 Tour de France win.

Wiggins and Sky have repeatedly denied any wrongdoing, saying the drug was prescribed to treat a longstanding pollen allergy. 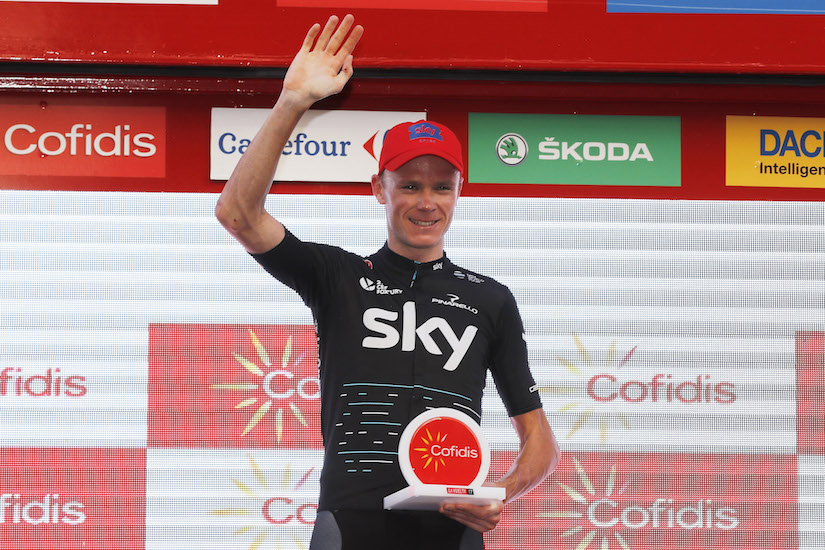