Chris Froome reiterated on Monday his denial that he barged chief Tour de France rival Fabio Aru during Sunday’s epic mountain stage, with the Italian confirming it was an accident. Froome finished the 181.5km ninth stage in third to increase his overall lead to 18 seconds, with Aru now second after Geraint Thomas, the yellow jersey wearer’s Sky team-mate, crashed out of the race midway through Sunday’s stage.

But there was a controversial moment on the final Mont du Chat climb when Froome had a mechanical problem and Aru appeared to break the unwritten rule not to attack the race leader in such a situation. Not given any help from other overall contenders, Aru quickly relented and Froome caught back up to his rivals without any drama. But moments later he appeared to barge his shoulder into Aru. “I think certainly in the peloton there’s a bit of an unwritten rule that when the race leader has some kind of an issue that prevents him from racing, then the group doesn’t take advantage of a situation like that,” said Froome, acknowledging that Aru, who denied he’d seen Froome’s problem, “appeared to accelerate”.

“Once I got back to the group I think the very next hairpin we went round I lost my balance a little bit and swerved to the right,” continued Froome. “Aru happened to be on my right and he had to swerve as well. It was a genuine mistake and I think Fabio was the first to recognise that. “I apologised straight away on the road as soon as it happened. Any suggestion that it was on purpose is just crazy. “First of all it’s not anything I would ever do, and I was already on my spare bike, so to risk putting my derailleur into Aru’s front wheel — it’s just crazy. I wouldn’t risk that at all.”

Aru concurred with Froome’s version of events and insisted he’d not shown the yellow jersey a lack of respect. “It was an involuntary gesture and Froome apologized,” he said. “There were so many people on the climb, people were shouting, it was narrow, it was difficult to understand what happened. “It’s not easy to control a bike, he swerved, he bumped me.” Aru added of his earlier attack: “When I heard on the radio he’d lost contact, I stopped immediately.” 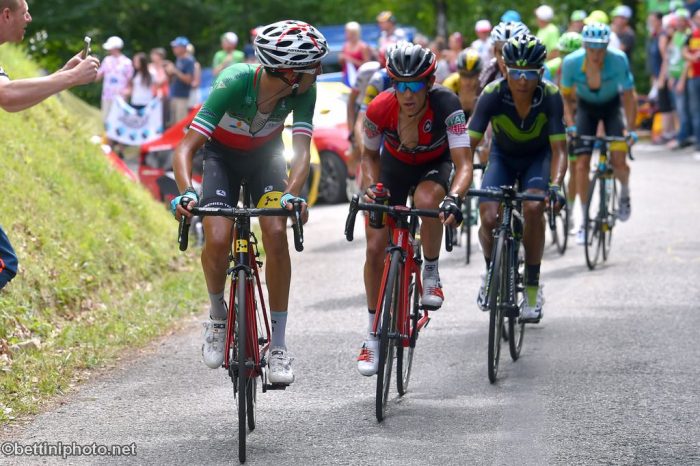 Two years ago a similar incident occurred with another Italian, Vincenzo Nibali, who attacked during the 19th stage when Froome had a problem. Nibali went on to win the stage while Froome lost 30sec to his then chief rival, Nairo Quintana, although he still won the Tour, deposing Nibali as champion. The Briton was furious after the stage and went to Nibali’s team bus to berate the Sicilian.

But on Sunday, after Aru’s acceleration, none of the other top riders would join him in attacking, although they did cover his move. Froome said his close friend and former Sky team-mate Richie Porte, who crashed out of the race with a broken pelvis and collarbone on the descent of the Mont du Chat, had been key in ensuring race etiquette was respected. “I’m really grateful to them (the other contenders) for sitting up and easing the pace for a few moments while I was able to change the bike and get back,” said Froome. “I think Richie was instrumental in that so, again, thank you to Richie for that.”

Following Monday’s rest day, the Tour will head towards the Pyrenees with successive flat stages likely to end in bunch sprints. After that, the top contenders will resume battle in the mountains on Thursday. “The weekend has been a really tough block for everyone and will have taken its toll, so we’ll all really be soaking up this rest day,” added Froome. 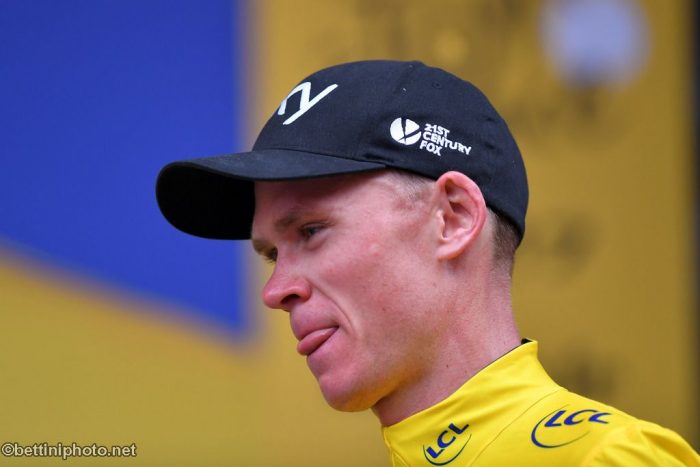 Thomas Says Tour Exit Yet to Sink In