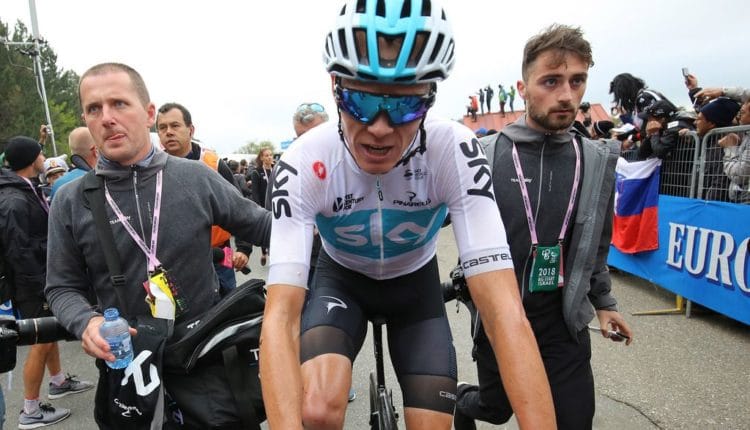 “It was a tough day and a big test for all the GC (General Classification) guys to see where everyone was at,” said the 32-year-old Froome. ”I am happy to have made it through the stage without any major issues and to have been up there with the main GC guys bar Chaves and Yates – who rode an amazing race today.”

“I feel as if I’m getting better and better each day after Israel now, with the bigger picture in mind of getting to the third week as strong as possible and obviously this is the first main objective of the season for me and things are still on track.”

“There’s still a lot of work ahead of us, but there’s still a lot of racing to come.” ”The day was really hard and the Sicily block has been tough,” said Elissonde. ”For the team it’s great that (Froome) is riding well. When I was in his wheel, at 6 or 7 km to go, he was still looking good. It bodes well. It’s the first really positive day of the Giro for us.”