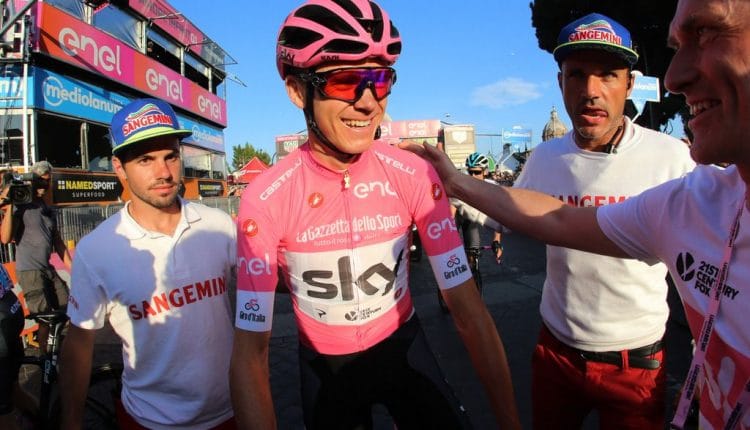 RBA/AFP – Chris Froome’s stunning Giro d’Italia victory should put him among the pantheon of cycling greats but the British rider’s results are likely to remain contentious for a long time, perhaps beyond the Tour de France in which he intends to defend his title.

Ironically, Froome was congratulated on Sunday by former rival Alberto Contador as he stood on the top of the podium in Rome. The parallel between the two riders is obvious — the Briton could suffer the same fate as the Spaniard, who was stripped of his Giro 2011 victory for a positive doping control from the previous year.

The 33-year-old Froome was competing in the gruelling three-week race through Italy despite an ongoing investigation after returning an adverse analytical finding during his Vuelta a Espana win last year. Froome, whose lawyers have used all sorts of experts to find flaws in the anti-doping test which showed double the level of the asthma drug salbutamol allowed, said during the Giro: “I hope for the fastest decision possible.”

In the meanwhile, the Kenyan-born rider said he was preparing for a bid to achieve a record-equalling fifth Tour de France title. “Obviously the next challenge for me has to be the Tour de France,” he said. “I am absolutely certain that when people have the same information as I have, they will understand why I made the decision to continue racing and riding the way I have been. “I had every right to be here, as I’ve said before I know I’ve done nothing wrong.”

Froome said he plans to take a short break with his wife Michelle, who is pregnant with their second child, before returning to altitude to prepare for the Tour de France, which runs from July 7 to July 29. A win would give him a fifth title after 2013, 2015, 2016 and 2017. If he won he would be the first rider since Marco Pantani in 1998 to achieve a Giro d’Italia-Tour de France double in the same calendar year.

“I have seen riders trying to do a Giro and a Tour and I have seen their shortfalls and their mistakes,” said the Team Sky rider. “It’s a risk, but I think it’s possible. The extra week between will be very helpful. That was a big reason in the decision to go for both. I am obviously up for it but let’s see.”

Contador failed in both his attempts for the Giro-Tour double in 2011 and 2015. Sunday’s victory also saw Froome become just the third cyclist to hold all three Grand Tour titles at the same time, along with Eddy Merckx and Bernard Hinault.

“This is the dream to have all three jerseys in the space of ten months. It’s an incredible feeling. “When I thought about going for it, it was a big undertaking. I am not regretting it now.” 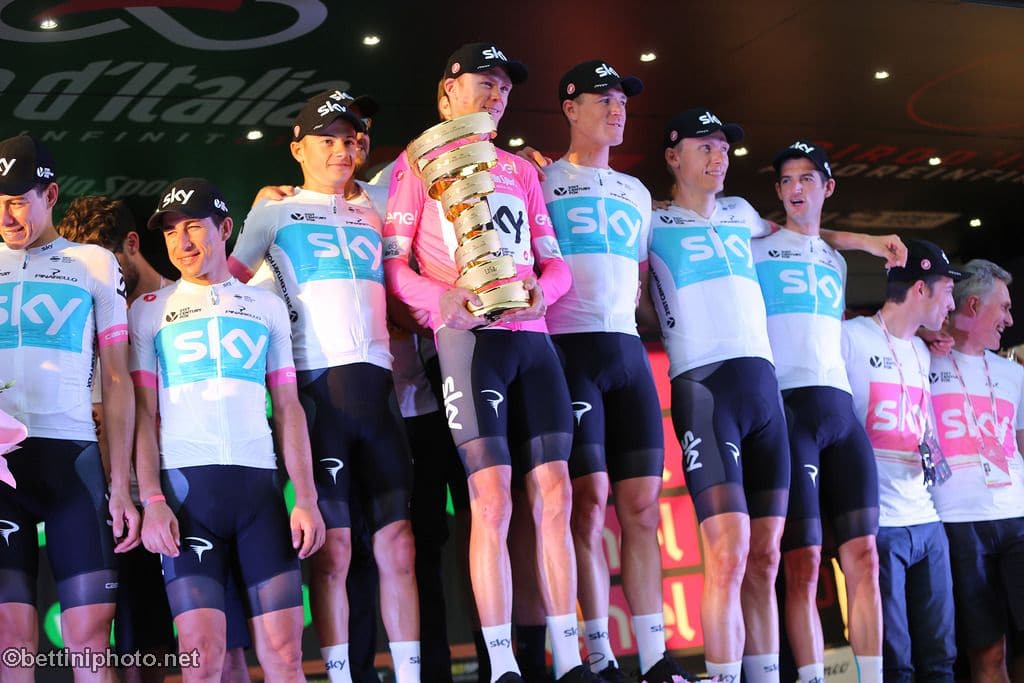