Froome ready to give up yellow jersey dream for Thomas 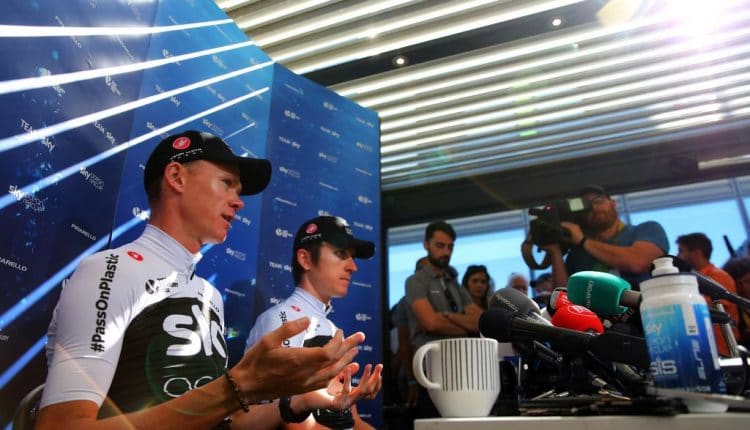 The feat would also see the Kenyan-born Briton, who won the 2017 Tour of Spain and this year’s Giro d’Italia, become the first rider since deceased Italian Marco Pantani, in 1998, to claim a Giro-Tour double in the same calendar year. But Froome, currently 1min 39sec behind Thomas in the overall standings going into three consecutive days in the Pyrenees, said he would be happy to forego all the glory if it means Thomas wins the race for Sky.

“As long as there is a Team Sky rider on the top step of the podium in Paris, I’m happy,” Froome said as he and Thomas faced media on the race’s second and final rest day in Carcassonne. Asked if he would sacrifice his hopes of a fifth Tour crown to help Thomas, Froome replied: “Yes.”

Thomas has yet to podium on a three-week Grand Tour and, despite winning the Criterium du Dauphine last month, crashed out of both the Giro d’Italia and Tour de France in 2017. But despite uncertainties over his ability to maintain form, and stay on the bike, in the crucial third week, the 32-year-old Welshman has often looked more incisive than Froome.

For some, Thomas is simply preparing the terrain for Froome to take flight on one of the Pyreneean stages before targeting his record-equaling fifth win. Alternatively, Sky could be counting on Thomas to take it all the way. Froome’s participation in the Giro d’Italia means he, like many other racers before him, may pay for those efforts in the final week.

Team Sky chief Dave Brailsford was at pains to underline his admiration for both riders, saying: “The two of them are big champions. “For me it’s important to see either one of them win the Tour de France.” But, replying in French to one journalist, he possibly let slip the key to Sky’s internal race strategy. “At the end of the day, it’s the legs of the riders that will decide,” he added.

Froome was more evasive when asked if he would attack Thomas if in a position to do so. “All this talk of attacking or not attacking … we’re in an amazing position, we’re one and two,” he said. “It’s not up to us to be attacking. It’s for all the other riders in the peloton to make up time on us and dislodge us from the position we’re in.”

Luxemburger Bob Jungels, who has dropped to 12th overall at nearly 10 minutes behind Thomas, said it was no easier to decipher Sky’s dilemma from inside the peloton. “Geraint Thomas has been in yellow since stage 11, and Froome’s still making a good impression,” the Quick Step rider said. “At the end of the day it’s up to them to decide. Maybe if one of them has an off day, you never know. “All I can say is, they race very, very fast.”

Thomas, who spent several years racing alongside Froome in their former team Barloworld, said, for now, the team is united. “We’re good mates, we’ve ridden in same team for 10 years now, we’ve generally lived in the same areas as well, and trained together,” said Thomas. “We just get on. For now, anyway!” 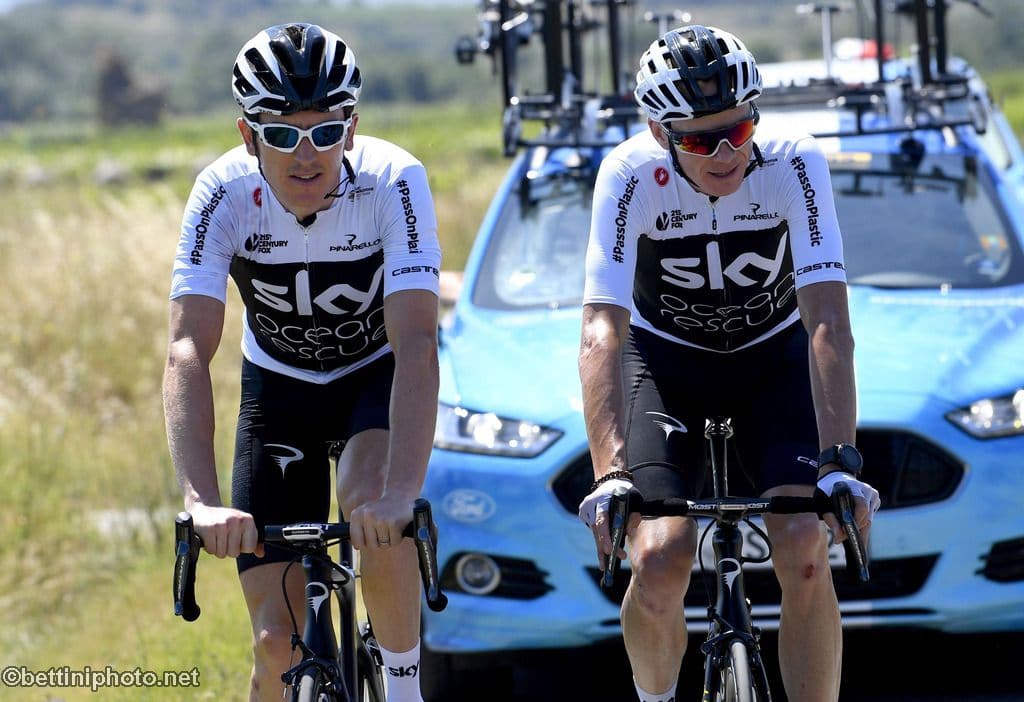