Vuelta a Espana winner Chris Froome will compete in the time trial at the UCI Road World Championships in Norway next week, British Cycling coaches said on Tuesday. Froome, fresh from completing a rare Tour de France-Vuelta double in Madrid at the weekend, will not take part in the road race in Bergen. But he will take one of Britain’s two places in the time trial.

The men’s time trial, on September 20, will be contested over a 31-kilometer course which features one significant climb. Froome’s main rivals are expected to be Giro d’Italia winner Tom Dumoulin of the Netherlands and the reigning world time trial champion, Tony Martin of Germany.

Froome, who took bronze in the Olympic time trial in Rio last year, also intends to ride in the team time trial for Team Sky. British Cycling’s head coach Iain Dyer said: “I’m delighted to see Chris Froome wishing to finish his season in Great Britain Cycling Team colors after another fantastic year for him and I’m looking forward to seeing him in action on a course which suits his strengths.”

The world championships take place from September 17 to 24. 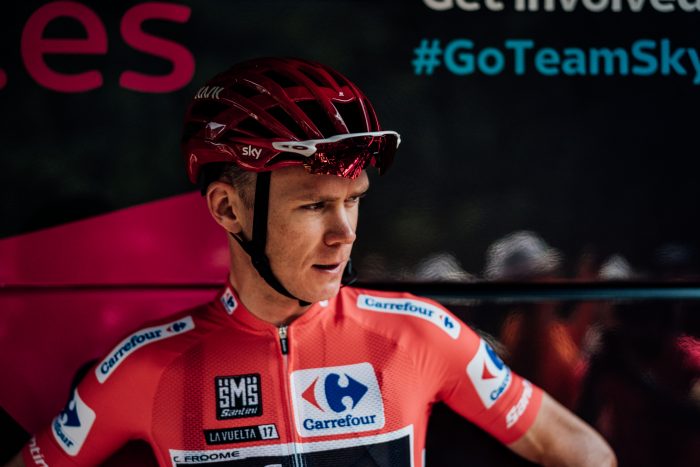