Denmark’s Jakob Fuglsang will carry on riding the Tour de France despite suffering two small fractures in his left wrist in a fall on Wednesday’s 11th stage, his Astana team confirmed.

Fuglsang’s team confirmed that tests after the stage into Pau showed he had “two very small fractures, one to the scaphoid bone and the other at the top of the radius bone.” He fell just past the halfway point in the 203.5km ride from Eymet in a crash which forced his Italian team-mate Dario Cataldo to abandon.

Thursday’s 12th stage is a 214.5km ride from Pau to Peyragudes in the Pyrenees. 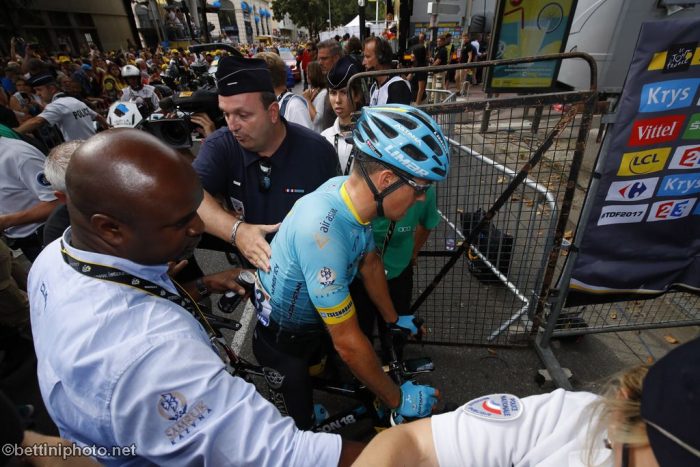 Froome Looking to Make Up for ’12 “Frustration”

Chris Froome to be Released from Intensive Care