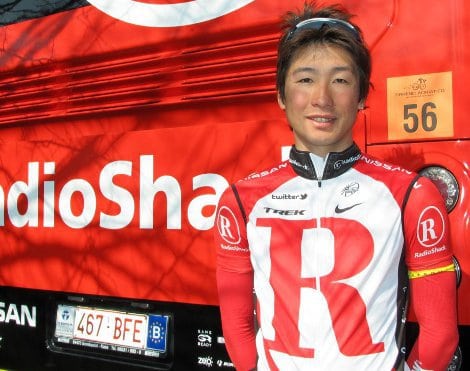 Japan’s Fumiyuki Beppu has announced he is retiring from professional cycling after a storied career which saw him become the first Japanese rider to earn a place in the elite-level WorldTour. Now 38 and in his final season with American outfit EF Education-Nippo, Beppu described his struggle to break into the European scene as a “thrilling” period of his life. One of his best achievements was becoming, alongside Yukiya Arashiro in 2009, the first Japanese rider to finish a Tour de France, although he also raced the Giro d’Italia four times and the Vuelta a Espana once. He also took part in the five major one-day Monuments — Milan-San Remo, Tour of Flanders, Paris-Roubaix, Liege-Bastogne-Liege and Il Lombardia, and rode at the Beijing and London Olympics.

“I spent my youth on my dreams and it was all I could do. It was a harsh situation, but it wasn’t a pain at all,” he wrote in a statement on his personal website.

“It laid the foundation for what we are today. It was a very thrilling and irreplaceable time.”

Beppu became Japan’s first ever WorldTour rider back in 2005 when he joined the Discovery Channel team alongside Lance Armstrong, which at the time had a Japanese sponsor.

“It was astronomical odds for a Japanese rider to become a professional,” he said.

The following season he became both road and time-trial champion of Japan and in 2008 won the Asian road title.

“In the future, I would like to make use of my experience to become a bridge between Japan and Europe,” he wrote on Twitter. Beppu’s brother Hajime is a television cycling commentator while another of his brothers, Takumi, is a cycling team manager.