Like a set of eyes in the back of your helmet 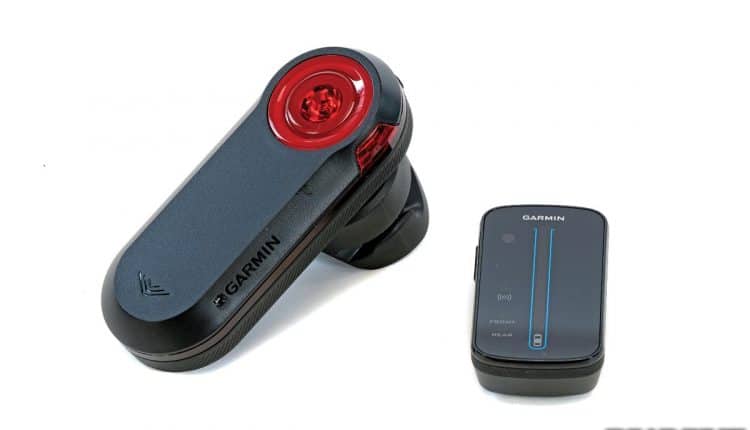 Garmin offers products for all sorts of industries, and no doubt their cycling-specific products have benefited from their work in the automotive, marine and aviation industries. The Varia Radar is one such product, and although like their taillight it has been available for a few years now, with the new RTL510, you get both in one convenient unit.

The RTL510 combines the power of a taillight with their radar technology. This means you can have a day or night light running and get notifications that there is a vehicle approaching from the rear. The unit is best matched with a Garmin Edge computer that is compatible. For our testing we used the Edge 1030. Connect the RTL510 just like any other sensor and, once linked, the head unit will show a small radar in the top corner of the display.

The unit is mounted to the bike like most other taillights—with a bracket, rubber strap and adapter to fit both round and aero seatposts. The unit is very simple in design, with a single on/off button on the top and a micro-USB port on the back for charging. There is a round red LED light at the top of the unit with what seems to be a lot of empty space below it. This is where the radar portion of the unit is.

There are five modes—solid red light with radar (20 lumens), night flash with radar (slow pulse between bright and dim red at 29 lumens), day flash with radar (blinking red at 65 lumens), standby (no light no radar) and solid red with no radar. The battery lasts about 15 hours in the day flash mode and six hours in both night and solid light mode. Standby has a claimed five-month battery life. The radar can track up to eight vehicles at once but does not track them if they are going the same speed as the rider. The radar has a beam of 40 degrees and up to 500 feet.

The setup and pairing is fairly easy and straightforward, especially if you already use a Garmin Edge computer with other sensors. With only one button, it is easy and to cycle through the modes and find your preferred setting.

If the radar is tracking a vehicle and another one comes within distance, then a second dot will appear with up to eight dots. When we rode on busy roads, the columns were almost always displayed, and there was no beeping because there was almost always a vehicle being tracked. This is when the radar seemed distracting and less useful. When on back roads or narrower roads, the radar allowed us to ride a bit further off the shoulder and transition closer only when a vehicle was approaching.

Another feature we like is if you ride with the same person often, they, too, can connect to your radar. Both riders will get the notifications simultaneously. With that said, the reach of the connection signal is not far, so the rider that is piggybacking on your radar might get the sensor to connect and disconnect if they drift too far away from you. We used it in group rides, and even in the middle of a pack the radar would pick up vehicles that were behind the group.

With all things considered, the RTL510 is a great unit offering a bright light that can be used day or night. With the added notifications of vehicles approaching from the rear, it can offer a heads-up for riders who may be chatting or just tired. In heavy traffic it was less useful and doesn’t offer any added feeling of protection or security.

On less trafficked or narrow roads, the Garmin was a huge help and offered the best results. Owing to the growing popularity of electric vehicles that give very little audible notification that they are approaching, the Garmin’s value increased.

At $200, we are torn between a camera that could help if an incident were to happen or a radar that gives you a heads-up that a vehicle is approaching. We would really love a unit that could do both, but until then, the RTL510 is a great addition for anyone who rides the busy roads with distracted drivers. ν