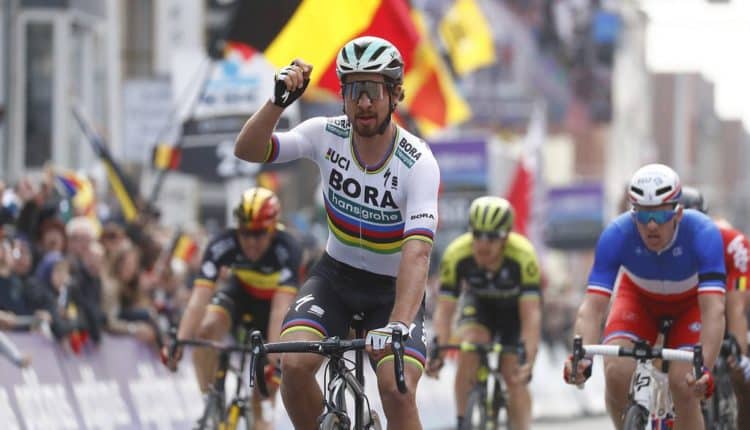 With the peloton whittled down to 25 riders, four of them from local team Quick Step, the Bora man timed his attack to perfection with 200m of the 251km race remaining and only Frenchman Arnaud Demare could go with him until Viviani got free and launched a desperate but thrilling late attack. The Belgian outfit had banked on their Italian sprint specialist after their four riders failed to drop the other pretenders over the final few kilometers.

Viviani certainly proved he had the speed, flying past Demare, but it was too late to catch Sagan, who maintained his own powerful burst for the line. “It was a complicated sprint, it’s always a bit of a lottery,” the 28-year-old Sagan told reporters after the race. “I started early and in the end it was good. I had the legs to hold the lead.”

Viviani was so distraught at fluffing his lines in a region where his team have their head-quarters he sat down and cried in frustration, while third-placed Demare is showing the form of his life after coming second at Milan-San Remo last weekend.

It was a record-equalling third Gent-Wevelgem win for Sagan, who joins five other men including Eddy Merckx and Mario Cipollini in achieving the feat, after previous victories in 2013 and 2016. “This was easy,” Sagan told a surprised reporter. “Because of the lack of wind, nothing crazy like three years ago. It was a very fast race. “There wasn’t much wind so there was a big group of us, otherwise the group would have been smaller.” 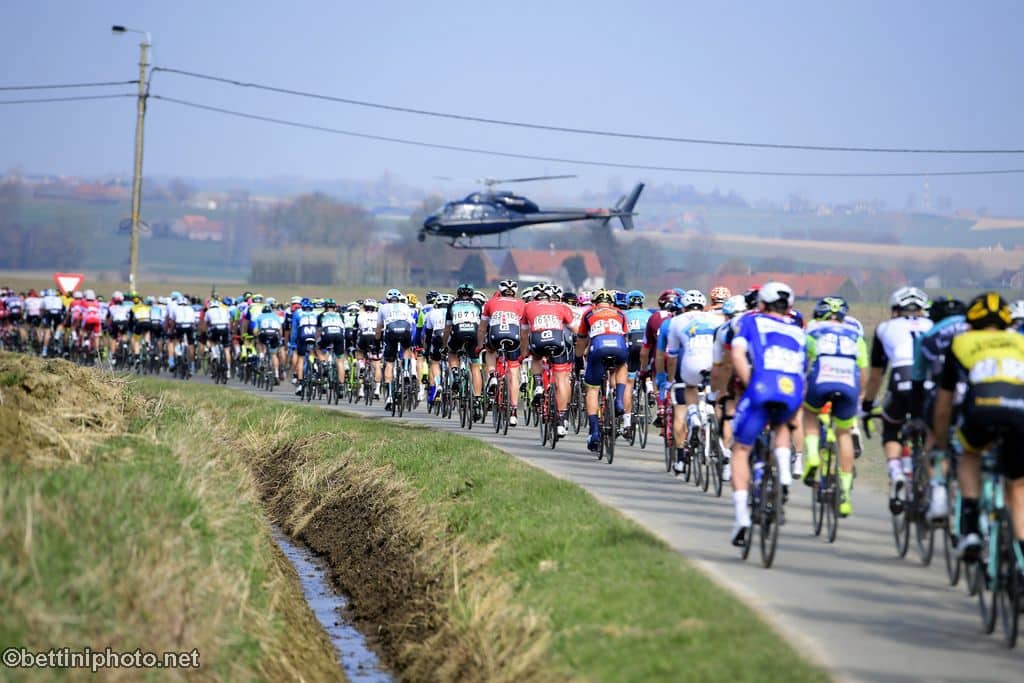 Sagan also suggested the steep cobbled climb of the Kemmelberg hill, where John Degenkolb and Alexander Kristoff got left behind, had suited him. “The hill was okay for me, I felt fine,” said Sagan, whose form had been questioned after the E3, where he looked less sharp then he did Sunday.

Belgian outfit Quick-Step laid down a marker on Friday in the E3 Harelbeke semi-classic with a dominant team performance that propelled Dutchman Niki Terpstra to a breakaway victory. On Sunday their rider Viviani looked hot favorite to win after a group of around 20 riders had broken free from the peloton with 20km to race. The early action featured a breakaway from six minor riders who opened up a gap of ten minutes which was reeled in shortly before echelons blew the peloton apart in this long race as Quick Step, including Viviani, pushed to drop the peloton over the run in.

A week after Gent-Wevelgem is the Tour of Flanders won last year by Quick Step man Philippe Gilbert and where the team can redeeem themselves, followed seven days after that by Paris-Roubaix, before the cobbled specialists take a break and the spring season moves into the Ardennes. 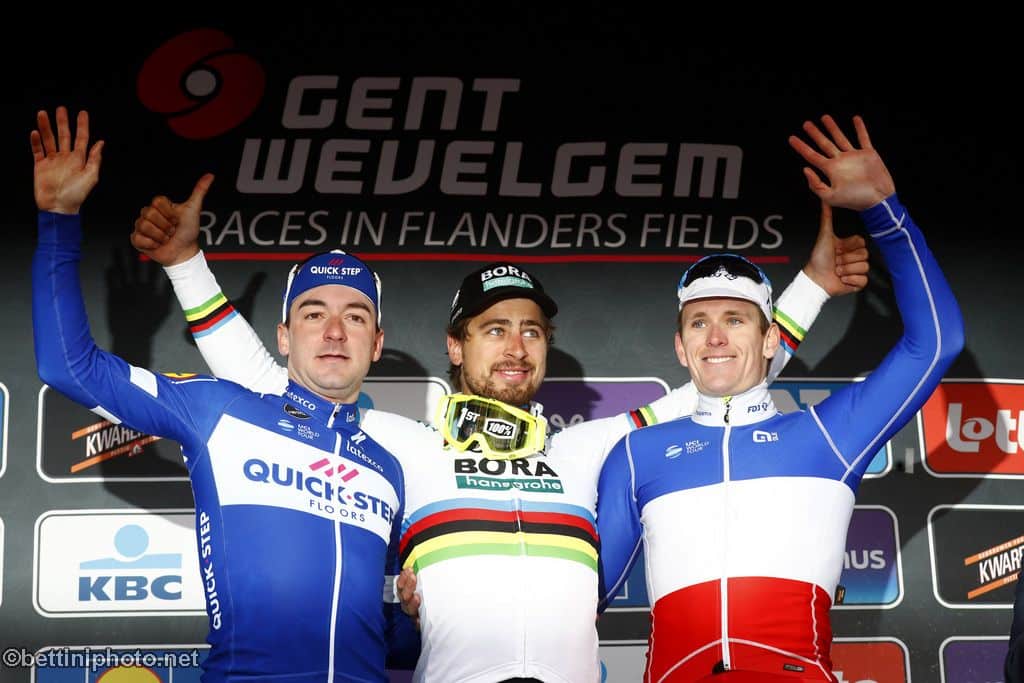 A POSITIVE TEST FOR PETER SAGAN