Paris, April 4, 2017 (AFP) – Belgian Philippe Gilbert will not race at Paris-Roubaix on Sunday following his Tour of Flanders victory last weekend, his Quick Step Floors team said on Tuesday. The 34-year-old claimed a sensational solo breakaway victory at the prestigious cobbled classic in his homeland on Sunday but won’t be going for the ‘Monument’ double as he needs a rest. “Paris-Roubaix has a magnetic attraction on me, but I won’t be there this year,” said Gilbert in a statement on Quick Step’s website. “I need to take a break, recover properly and then begin thinking of the
Ardennes, where I’ll be part of a very strong team.” Gilbert has been highly successful at the Ardennes classics these last few years, winning all three in 2011 while also claiming the Amstel Gold race in 2010 and 2014.

He has had a great start to 2017, winning Three Days of De Panne last week and taking podium finishes at Dwars door Vlaanderen and E3 Harelbeke. But he says he will concentrate on a tilt at a second Liege-Bastogne-Liege victory rather than Paris-Roubaix — both are high profile Monument races. “I’ve only raced Roubaix once, back in 2007, and for a race like that you need experience,” added Gilbert. 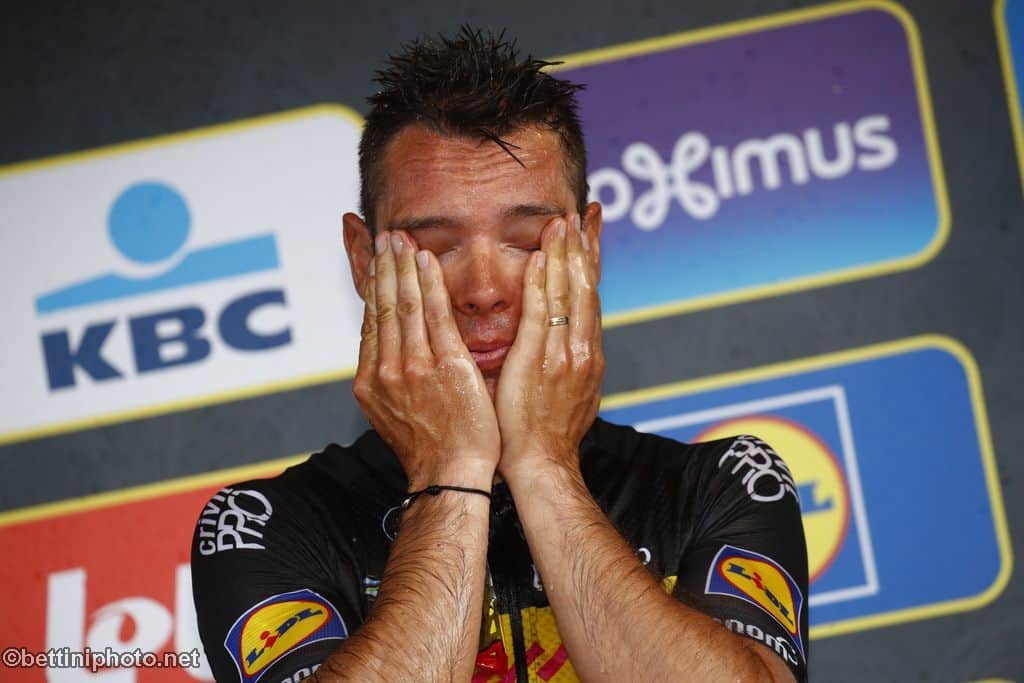