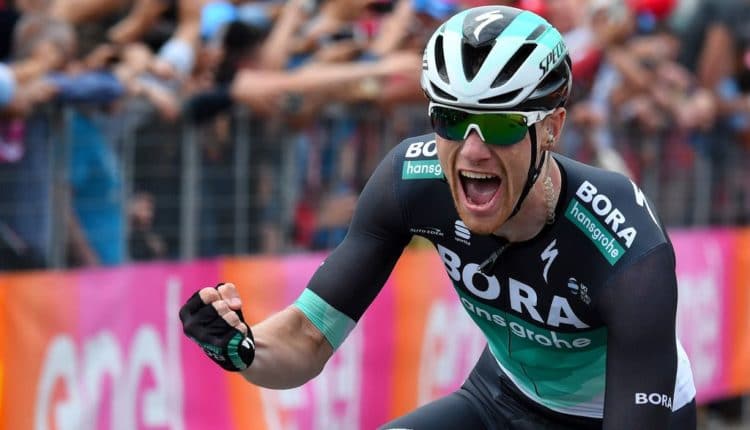 RBA/AFP – Irishman Sam Bennett powered to victory in the seventh stage of the Giro d’Italia on Friday, beating favorite Elia Viviani in a sprint finish at Praia a Mare.

Bora-Hansgrohe rider Bennett latched onto Viviani’s wheel at the end of the flat 159km ride from Pizzo to Calabria, before bursting past the Italian to grab his first-ever win on a Grand Tour. Britain’s Simon Yates maintained the overall lead after finishing safely in the peloton, having taken the pink jersey by finishing second in Thursday’s sixth stage.

Friday’s ride was always going to end in a bunch sprint, with Davide Ballerini the last breakaway rider to be reeled in by the main group with 14km still to go. Quick-Step’s Viviani was widely expected to claim his second win of the Giro and looked in a good position heading into the final kilometer with a strong lead-out train. But Bennett stuck to his rival and just pipped the home favorite to the line to become the first Irish winner of a Giro stage since Stephen Roche in 1987.

“We tried so hard in the other sprints but never got the timing right. The team did a fantastic job and I want to thank everyone who helped me get to this point,” Bennett said. “It’s very hard to get Viviani’s wheel, they all want it and I had to fight for it. I thought we had left it too late but the timing was right and I could use my power to get an advantage.”

Niccolo Bonifazio edged out his fellow Italian Sacha Modolo to complete the podium. The general classification remained unchanged as the main contenders took a step back from the spotlight on a day for the sprinters, with Mitchelton-Scott’s Yates still leading by 16 seconds from defending champion Tom Dumoulin.

Esteban Chaves is third, a further 10 seconds adrift, with Chris Froome a minute and 10 seconds behind Yates after a difficult start to his bid for a third consecutive Grand Tour title. “It was a nice day until the finale and sprint,” Yates said. “The break went early and never really got a gap so it was a good day.”

The overall favorites will face a far tougher assignment on Saturday as the race heads back into the mountains for the 209km eighth stage, with the final climb at Montevergine di Mercogliano 17km long with an average gradient of five percent. 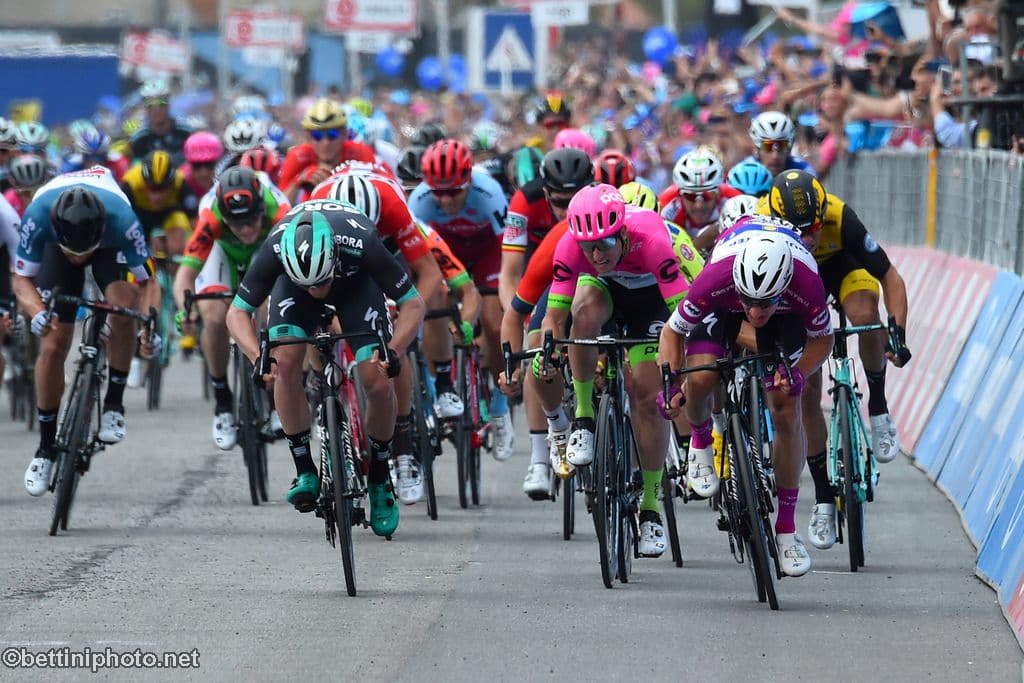