Share
Even with a more traditional styling than the Air Attack, the Synthe is still able to boast impressive aerodynamics.
When the Tour de France rolls out of West Yorkshire, England on July 5th, riders from Katusha, BMC, and IAM will be wearing Giro’s newest helmet, the Synthe. Wanting one helmet that was highly efficient for every type of terrain and weather conditions, Giro created the Synthe with design elements borrowed from the Air Attack, Aeon, and Aspect. Before the pros even get a chance to race with the Synthe, Giro brought a handful of cycling press out to the Arizona desert for two hot rides and a trip to the FASTER wind tunnel. 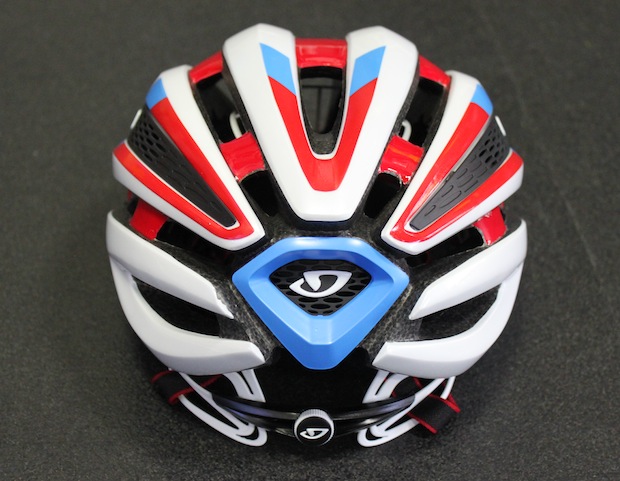 A smooth contour helps keep drag numbers to a minimum, while its cooling ability is an all-time best for Giro.
Up until now the Aeon has been Giro’s lightest and best cooling helmet, while the Air Attack leads the way in aerodynamics. Although, the Air Attack’s aerodynamic advantages do come at the expense of increased weight and a slight decrease in cooling due to the minimal amount of venting. At 250 grams (Medium), the Synthe is about 25 grams heavier than Giro’s Aeon and 35 grams lighter than the Air Attack. While falling in the middle of the two helmets in weight, it’s the Synthe’s combination of both aerodynamics and cooling that are it’s distinguishing factors. 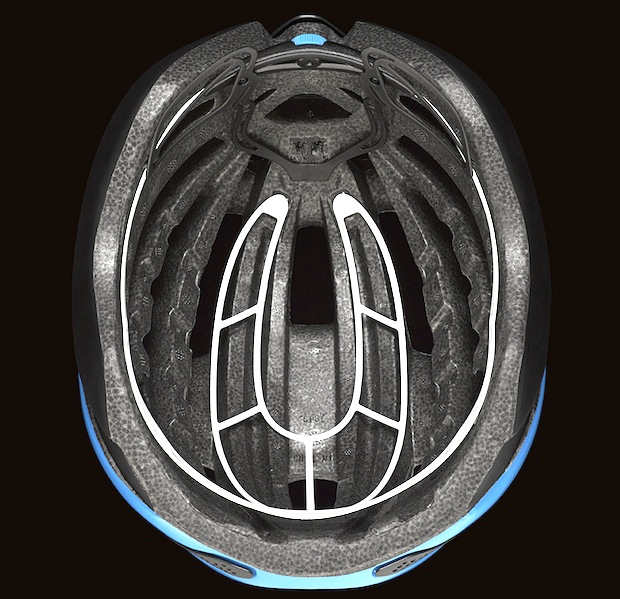 The Roc Loc Air Fit System keeps the helmet shell sitting just above the head to allow air to flow through the numerous channels in the foam.
COOLING
The first component in the Synthe’s ventilation is its use of the Roc Loc Air retention system that debuted on the Air Attack. The retention system holds the helmet shell slightly above the head to allow unabated airflow through deep channels in the foam shell. That design, in addition to 19 large vents, allows the Synthe to surpass the Aeon in cooling efficiency. 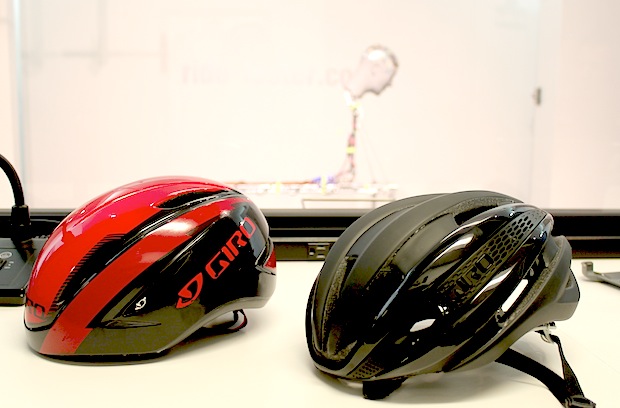 The Synthe (right) uses many design features found on the Air Attack (left), just in a lighter, better cooling package.
To see first hand Giro’s testing protocol we went to the FASTER wind tunnel in Scottsdale, Arizona. Surprisingly, we weren’t testing aerodynamics in the tunnel, it was the helmet’s cooling ability. Using a headform that is heated up to 100 degrees Fahrenheit to replicate the temperature of a human body, Giro tested the helmet’s cooling rate in the tunnel at a wind speed of 25 mph, with 24 heat sensors built into the headform to capture the data. Ultimately, the Synthe not only proved to be the best cooling in Giro’s line, but it was equivalent to riding without any helmet at all. 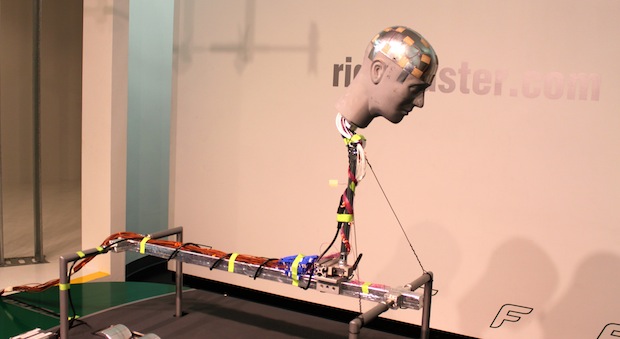 Giro showed off their test dummy that has 24 temperature sensors placed in the head in order to collect data on a helmet’s cooling ability.
AERODYNAMICS
Giro boasts that the Synthe is actually faster than the Air Attack at a 30-degree angle, an angle that represents a standard riding position on the hoods. Although in a more aggressive sprinting or time trial position (60-degree angle), the Air Attack beats out the Synthe. The engineers at Giro decided to optimize the Synthe for the 30-degree angle because that’s a position they feel riders spend the vast majority of their time. Giro’s R&D Director Rob Wesson believes that specialty riders such as some triathletes and sprinters will still want the advantage the Air Attack provides in a low head position, but most others will enjoy the greater all-around features of the Synthe. 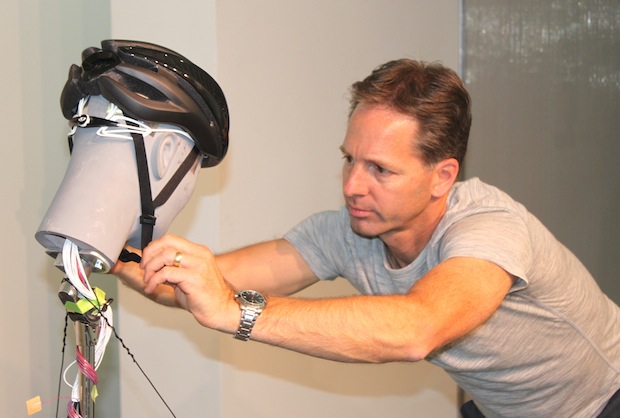 Giro’s Rob Wesson readies a test with the Synthe at the FASTER wind tunnel.
FIRST IMPRESSIONS
Without much more than just an hour of ride time with the Synthe, it’s hard to comment on anything more than just fit and aesthetics. Once on our head, it felt like an Aeon, comfortable and light, with easy-to-make fit adjustments. Its contemporary styling is a winner in our opinion, and should be the perfect middle ground for those wanting performance benefits, but aren’t quite ready to commit to the look of the Air Attack. Check back for a full ride review after our 50-mile ride in the hills and heat of Prescott, Arizona.
DETAILS
-One small, but very handy feature that is often overlooked is a sunglass dock for eyewear storage while riding. Most standard sunglasses should fit, according to Giro.
-Available in December
-Comes in eight colors
-250 grams in size Medium
-$250
Contact: Giro Helmets