Czech rider Jan Hirt won the 16th stage of the Giro d’Italia on Tuesday to claim his first ever Grand Tour win, while Richard Carapaz held on to his slender overall lead after a brutal mountain stage. The 31-year-old Intermarche rider attacked just over a mile from the summit of the final of three huge climbs on the 125 mile run from Salo to Aprica and held off chaser Thymen Arensman for the win. Hirt’s stage win was by far the biggest of his career and added to his overall victory at the Tour of Oman this year.

“When people ask me what I want to do with cycling I say that I want to win one stage on the Giro and then I can stop my career,” Hirt joked after the win.

Hirt had been chasing Lennard Kamna after the Bora-Hansgrohe rider made a run for it just before the start of the final Santa Cristina ascent. However he and Arensman caught Kamna within the closing 6 miles and Hirt then made his charge for the line in wet Aprica after wrestling with mechanical problems in the last miles.

“He (Kamna) had a good advantage on us and it was looking quite difficult but I had to try,” added Hirt.

“I had quite difficult moments on the stage… in the last climb I had a problem with the bike it wasn’t shifting very well, it was jumping my chain.

“I was suffering so much and had all these problems but I wanted the win so bad I held on till the end.”

Olympic road race champion Carapaz retained the pink jersey after crossing just over a minute later alongside Mikel Landa and Jai Hindley. Carapaz responded alongside Hindley when Landa pushed out from the group of general classification contenders with 6 miles left. Hindley cut Carapaz’s already slim lead to just three seconds after winning four bonus seconds on the finish line, while Joao Almeida dropped time and is now 44 seconds back in third.

Meanwhile home hope Vincenzo Nibali has jumped from eighth to fifth place, 3:40 from top spot on this last Giro.

“It was a tough day for us. I’m happy in the end I think to have only lost four seconds is OK. We managed to keep hold of the jersey which is the most important thing,” said Carapaz.

Wednesday’s 17th stage is a 105 mile run between Ponte di Legno and Lavarone which features two top category climbs — Vetriolo and the Menador — in the final 30 miles. 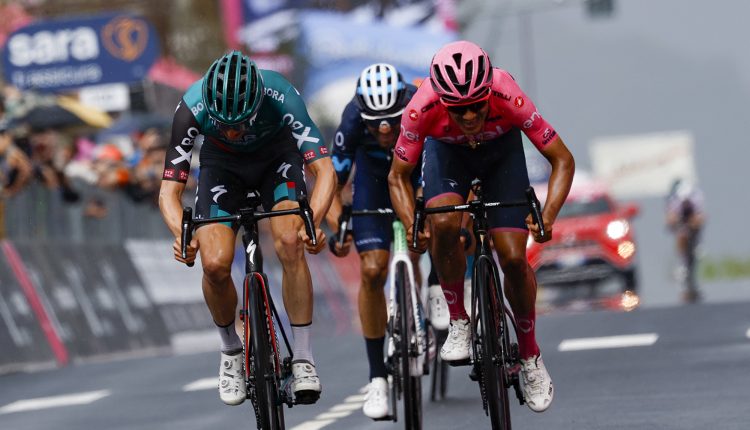 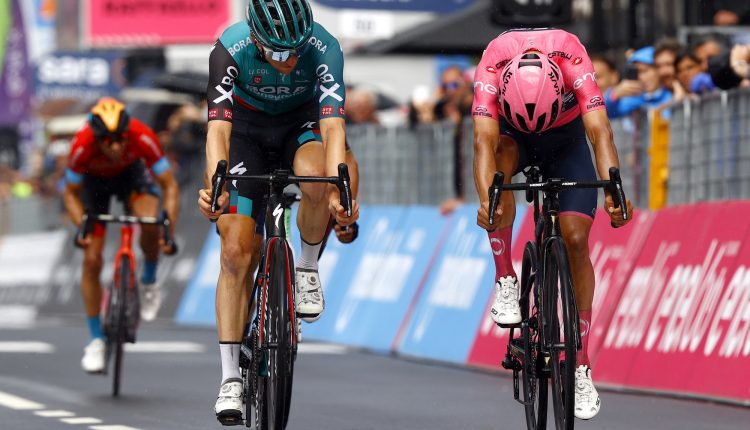