Olbia, Italy, May 5, 2017 (AFP) – If anyone needs a new kitchen installed, Giro d’Italia leader Lukas Postlberger can help out — but only when he finishes the three-week Italian epic afte carving out a sensational win on his race debut Friday. “I trained as a carpenter, so if you need a kitchen then maybe I can help,” Postlberger joked after upsetting the big-name sprinters’ plans on the opening stage from Alghero to Olbia in Sardinia. “But right now, I don’t have a lot of time.”

Competing on his maiden Grand Tour only three weeks after being told he would be packing his bags for the 100th edition of the race for the pink jersey, Postlberger promptly seized the day. A host of top sprinters looked to have set up a bunch sprint after chasing down a five-man breakaway over rolling terrain on the north coast of the island. But after a sharp right-hand bend caused chaos in the final kilometres, 25-year-old Postlberger surged clear, held off a desperate chasing pack and soloed over the line in triumph to claim the first pink jersey of an edition that is expected to come down to a duel between 2016 champion Vincenzo Nibali and 2014 winner Nairo Quintana. “Before this, my dream was to win solo at a Grand Tour. Now, I’ll have to find another dream,” said Postlberger, whose previous career highlight was a stage win on the Tour of Austria.

Australia’s Caleb Ewan was second, the Orica rider finishing ahead of German sprint star Andre Greipel as the fast men of the peloton lost a golden chance to spend several days as the star of the field. Postlberger didn’t care: “Every sprinter goes for the victory, but I’m not sorry to be honest. This is cycling.” And when you’re teammate is reigning world champion Peter Sagan — the closest a cyclist will ever get to resembling a rock star — confidence oozes through the team. Sagan, a five-time winner of the Tour de France green jersey, is also one of the most emblematic and popular riders in the peloton. “From Peter I’ve learned a lot of things about professional cycling,” added Postlberger, who turned to road racing after trying mountain biking while at school. “But I also learned that it’s just cycling. You won’t die when you do bad. You should have fun, enjoy it and look on the positive side. “This is what I’ve taken from him … as a person he’s such a nice guy, and he inspires me. That’s the main message: stay positive.”

Postlberger, who likes to climb and ski-hike in the winter months to maintain his fitness, wasn’t even sure he would be selected. “I had a 50-50 chance … but I’d been training for the Giro in the hope they’d pick me,” he added. But after creating his own destiny on Friday, the Austrian admitted he might need a few glasses of wine to help him fully realize what he achieved. He will be the main focus on Saturday when the peloton tackles the 221 km second stage from Olbia to Tortoli, the second of three stages on the island. “I think I will need a few glasses of wine for this to sink in,” he added. “But I belive in destiny. For everything there’s a reason.” 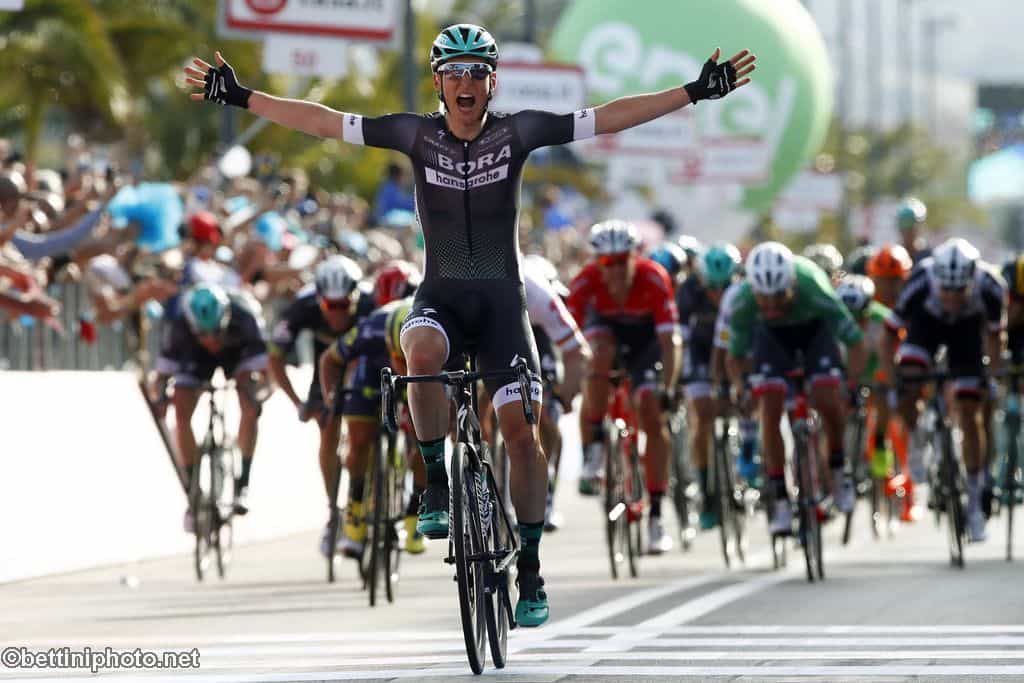