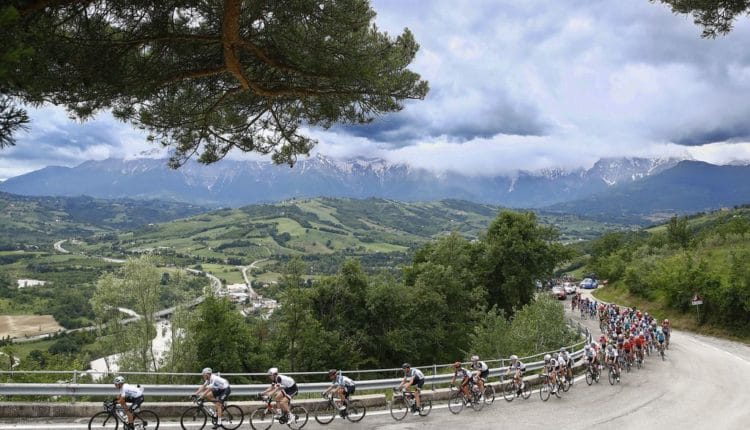 RBA/AFP – Matej Mohoric beat Nico Denz in a two-man sprint finish to win the 10th stage of the Giro d’Italia on Tuesday as Briton Simon Yates maintained his grip on the overall race lead.

But Yates’s Colombian team-mate Esteban Chaves had a disastrous day as he was distanced on the opening climb of the 244km stage from Penne to Gualdo Tadino and lost more than 25 minutes to drop out of overall contention having started the day second at 32sec.

“It was the most aggressive stage I’ve seen for a while,” said Yates. “This usually happens in short stages only. “But this was a long and ferocious race. The high speed never stopped. I first thought Esteban Chaves would be able to come back but it was a really crazy stage and I’m very disappointed for him as I know he’s worked very hard for this.

“I’d prefer him still to be there, so we had more cards to play and tactics in the final. I’m not scared of the third week; I’m scared of the time trial. I know I’ll lose some time there.”

Chaves’s woes are a major blow to the overall hopes of his Mitchelton-Scott team. Going into Tuesday’s stage they were in the enviable position of occupying the top two positions in the overall standings, meaning tactically they would be able to play two cards in the pink jersey race and increase the pressure on their rivals. But once Chaves was distanced, the teams of overall hopefuls including four-time Tour de France winner Chris Froome, reigning champion Tom Dumoulin, local favourite Fabio Aru and French hope Thibaut Pinot, pushed the pace in the peloton to ensure the Colombian never regained contact.

Yates now leads by 41 seconds from Dumoulin with Pinot third at 46sec. Briton Froome, who crashed twice during the first week, is up to 10th at 2:30. The fast pace set by the peloton meant that an initial 17-man breakaway was swallowed up with still 150km to ride.

Solo attempts by German Tony Martin and Italian Marco Frapporti proved futile until finally a late escape by Slovene Mohoric and German Denz stuck. Their sprint to the line was fiercely contested but Bahrain-Merida’s Mohoric had the strength to prevail.

“I’m delighted that I have taken this opportunity,” said Slovenian Mohoric. “I wasn’t convinced I’d win the sprint against Nico Denz. I’m not very good in a sprint from a slow speed so I launched and I increased my speed as much as I could.

“Our main goal remains to help (Domenico) Pozzovivo for the best overall ranking possible.” Ireland’s Sam Bennett won the sprint for third 36sec later. Wednesday’s 11th stage will be raced on a hilly route of 156 km from the central city of Assisi across to Osimo near the Adriatic coast.