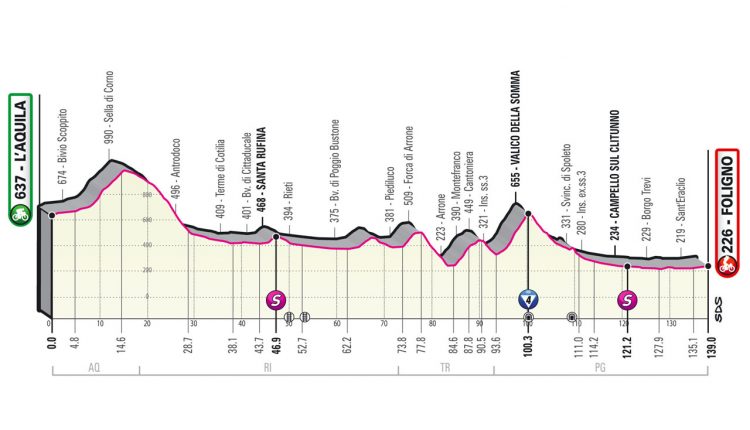 A short, rolling stage with a pan-flat finale. The route first takes in climbs up to Sella di Corno and Forca di Arrone, and then tackles one last ascent up to Valico della Somma (awarding KOM points). The route eventually levels out in the final part, running on broad and mostly straight roads. As the stage passes through several urban areas, roundabouts, traffic islands and street furniture will be found along the route.

The final is quite straight, up to 2000m to the finish. Here the route features a right-hand bend, immediately followed by two left-hand bends that lead to the home stretch (at 1,300 m out), with just a slight half-turn 500m before the finish line, on tarmac road. 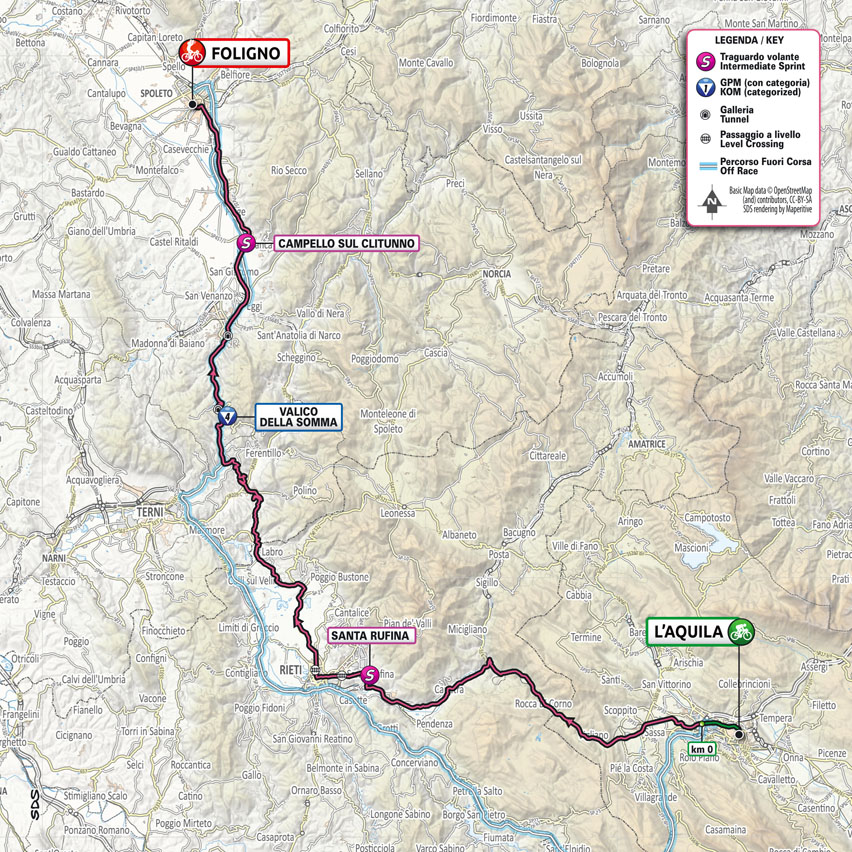