Slovakian Peter Sagan won a mass bunch sprint on stage 10 of the Giro d’Italia at Foligno on Monday as Colombian Egan Bernal held on to the overall leader’s pink jersey. Sagan’s Bora-hansgrohe team dominated the final 30 miles of the 87-mile race setting a sizzling pace to drop Sagan’s rivals before the finale, where the 31-year-old cruised ahead of the reduced field for the win. Bernal’s countryman Fernando Gaviria was in second place with Italian Davide Cimolai in third.

After embarking from the scene of Italy’s deadly 2009 earthquake at L’Aquila a nervy fast-paced race saw only the slightest of changes in the overall standings thanks to second-placed Remco Evenepoel bursting out of the peloton to contest an intermediate sprint. But as pink jersey wearer Bernal followed him over the line with surprising ease Deceuninck-Quick Step’s Evenepoel earned just a single second.

“I was just following Pippo (Ganna). I saw an opportunity and I just went behind him. If you’re going behind him it’s easier,” Bernal joked after the ride through lush, rolling terrain in the province of Umbria.

“I took one second but I didn’t make any effort, so why not?”

The 2019 Tour de France champion Bernal now leads the overall race standings by 14 seconds from the 21-year-old Belgian rookie ahead of Tuesday’s rest day with all the top 10 still within 62 seconds. 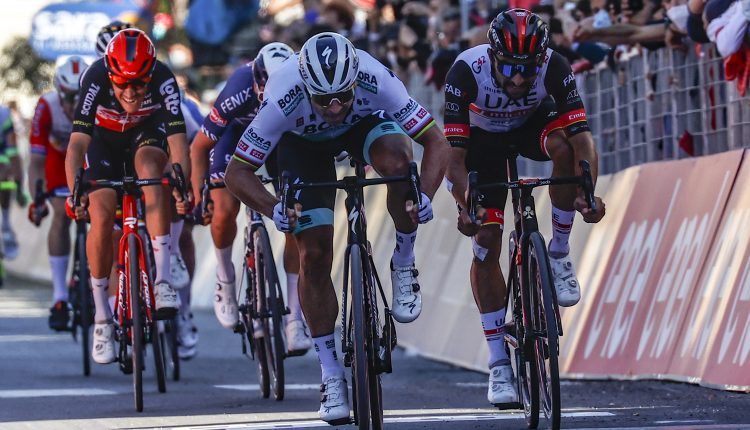 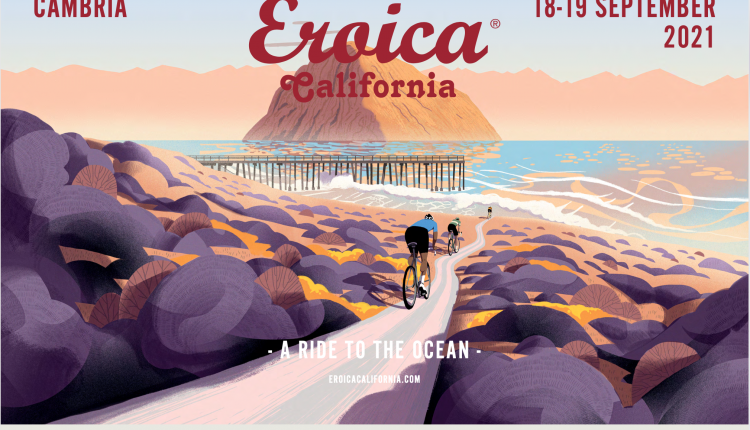 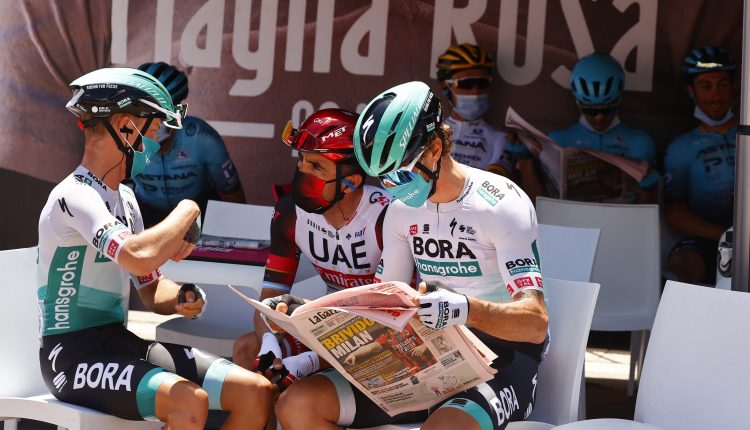 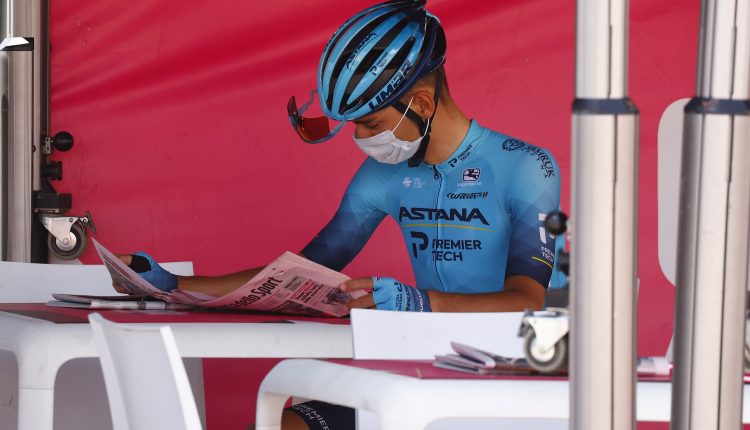 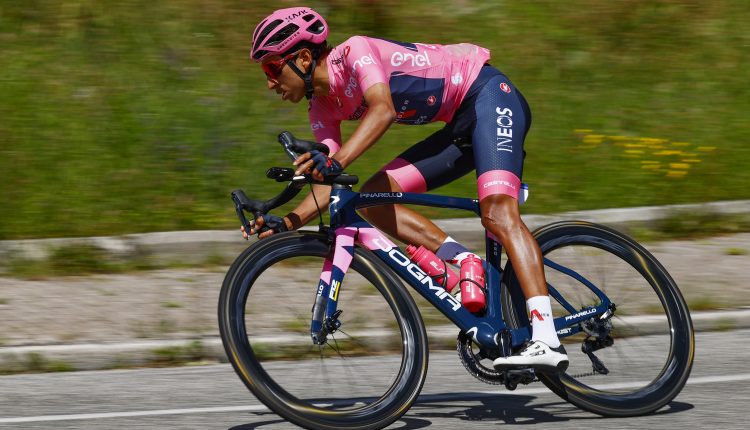 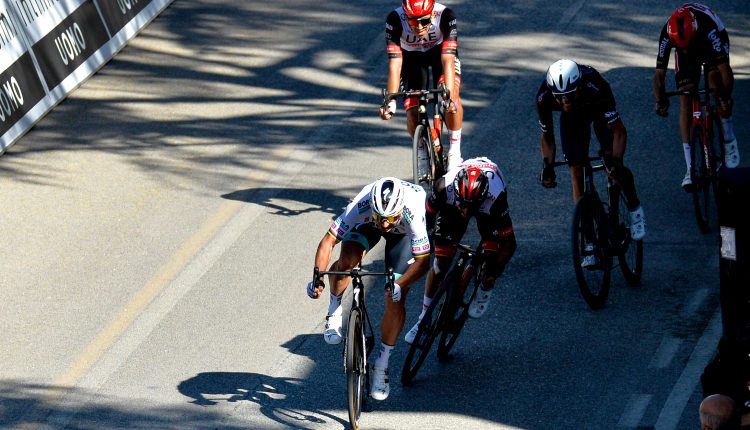 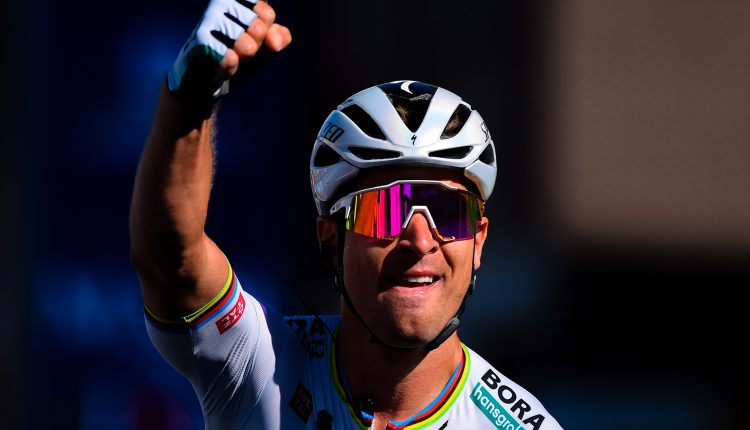 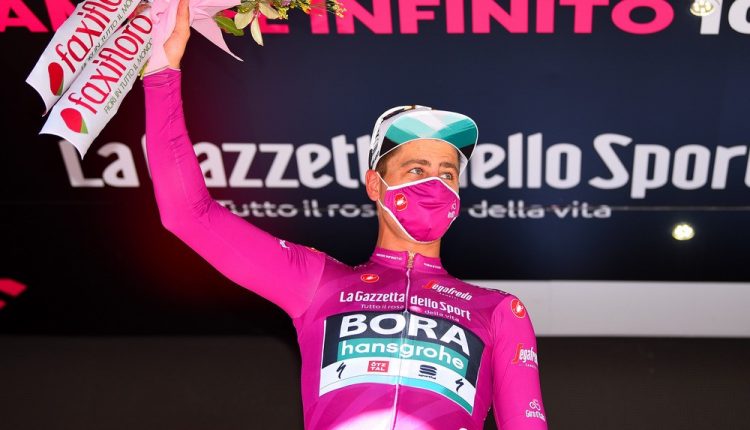 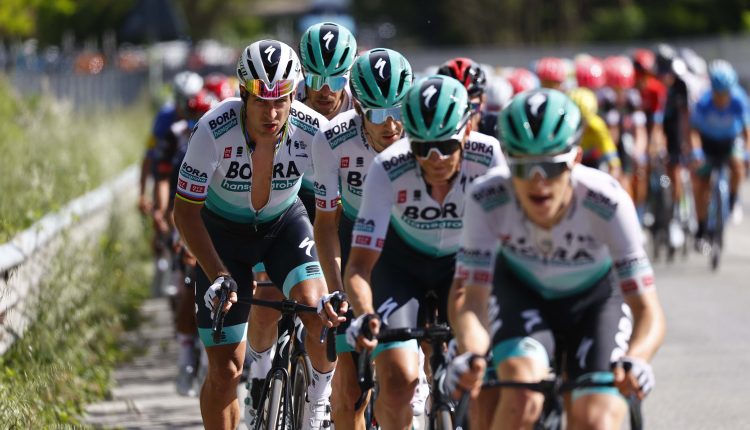 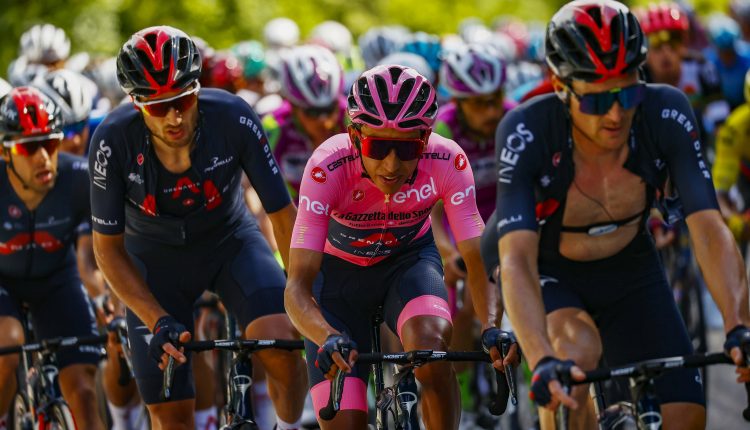 The peloton’s highest paid rider Peter Sagan, who reportedly earns 5.5 million euros ($6.68 million) a year, won a stage of the Giro on his first appearance here in 2020 and said he will target the sprint points jersey after his second win.

“We didn’t drop everyone, but thanks to my team the pressure from other teams was less,” Sagan said, but none of the sprint aces Dylan Groenewegen, Tim Merlier nor Giacomo Nizzolo contested the final run-in.

“I’ll take it day by day but I’ll try my best. I had good legs and good speed so we’ll see,” said the seven-time Tour de France sprint points winner.

It was Sagan’s 117th career win and the former triple world champion said he had just needed a little luck to get it after a near miss last Tuesday.

Tuesday is a rest day, but on Wednesday a final 20 mile section of white dirt roads that feature on the Strade Bianche one day classic will provide the scene for a potential shake up.