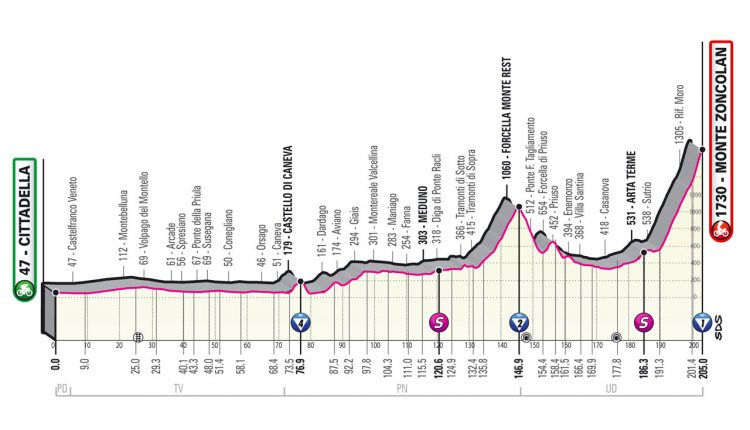 This mountain stage is divided into two parts: it starts flat and continues on a slight incline for 80 miles, all the way to Monte Rest. The route then weaves through a brace of hairpins, on narrowed roadway, both on the way up and on the way down. After going back on broader roads in Priuso, the route passes Tolmezzo and Arta Terme, reaching the foot of the closing climb. The first 7 miles ascend in hairpins, on wide roads, with gradients around 7-8%, whereas the last 2 miles are very demanding.

The last 2 miles rise sharply on narrow road with only a few bends, and gradients often exceeding 20% (averaging 13%). The pitch over the final kilometre largely hovers around the 18% mark, with gradients exceeding 25% and topping out at 27% both along the hairpins and in the final stretch. The last 50 metres are on tarmac road and on a slight incline. 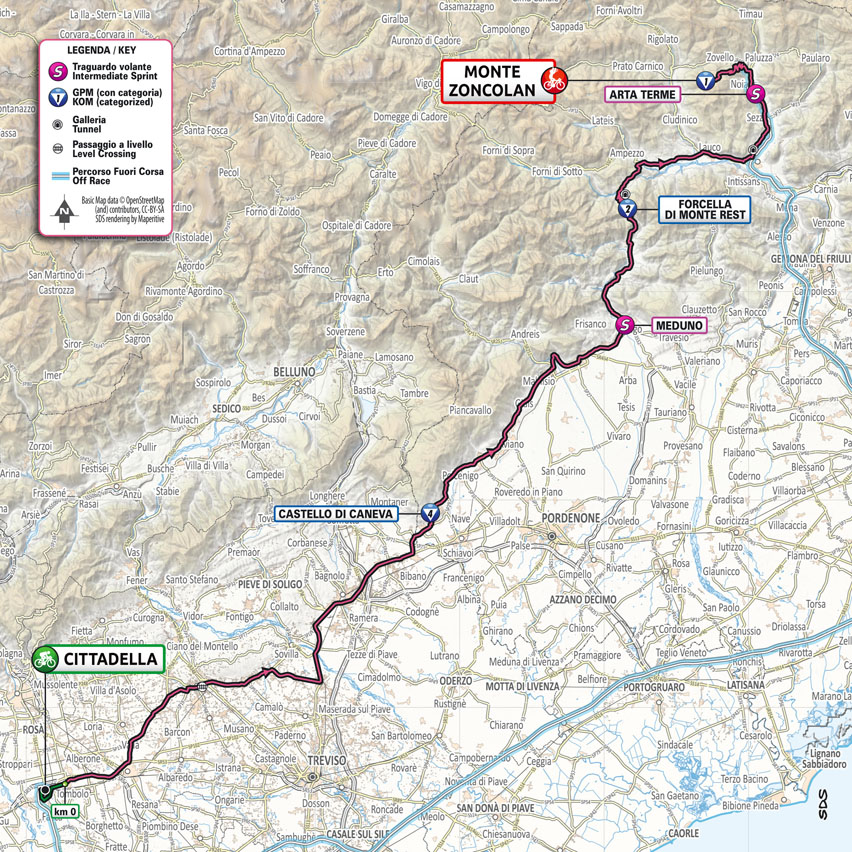