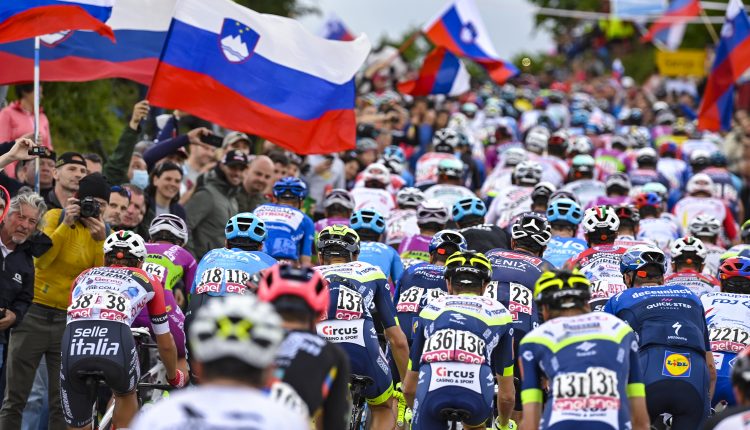 The day’s racing in north-eastern Italy from Grado to Gorizia had been halted for half an hour following a spectacular mass crash that knocked several riders, including Emanuel Buchmann, out of the race. German Buchmann, who rides for Bora-Hansgrohe, started the day sixth overall but pulled out after hitting his head in a mass fall a few kilometres outside Grado.