Germany’s Nikias Arndt, riding for Team DSM, finished third seven seconds behind the leading pair on a road made slippery by heavy rain late in the day. Ineos’ Bernal, the 2019 Tour de France winner, finished 21st, over quarter of an hour off the winner, but holds a 1min 33sec overall race lead ahead on Britain’s Simon Yates before the mountainous 16th stage in the Dolomites.

“It was just an amazing day for the team,” said Campenaerts.

“As we don’t have climbers for the next few stages in the mountains, we decided to go all in today. We rode as one.”

For the Belgian time-trial specialist it was a first Grand Tour win, and third for his South African outfit this year after Swiss Mauro Schmid and Italian Giacomo Nizzolo in the past week.

“Now we have three victories in the Giro, which is simply fantastic for a team that struggled to stay alive,” Campenaerts said.

“We’re making an important statement as we are racing for the greater purpose of changing lives with bicycles: to provide bicycles in Africa for better education and better lives.”

The day’s racing in north-eastern Italy from Grado to Gorizia had been halted for half an hour following a spectacular mass crash that knocked several riders, including Emanuel Buchmann, out of the race.

German Buchmann, who rides for Bora-Hansgrohe, started the day sixth overall but pulled out after hitting his head in a mass fall a few miles outside Grado.

The two-time Paris-Nice winner had been a contender for the Giro podium. 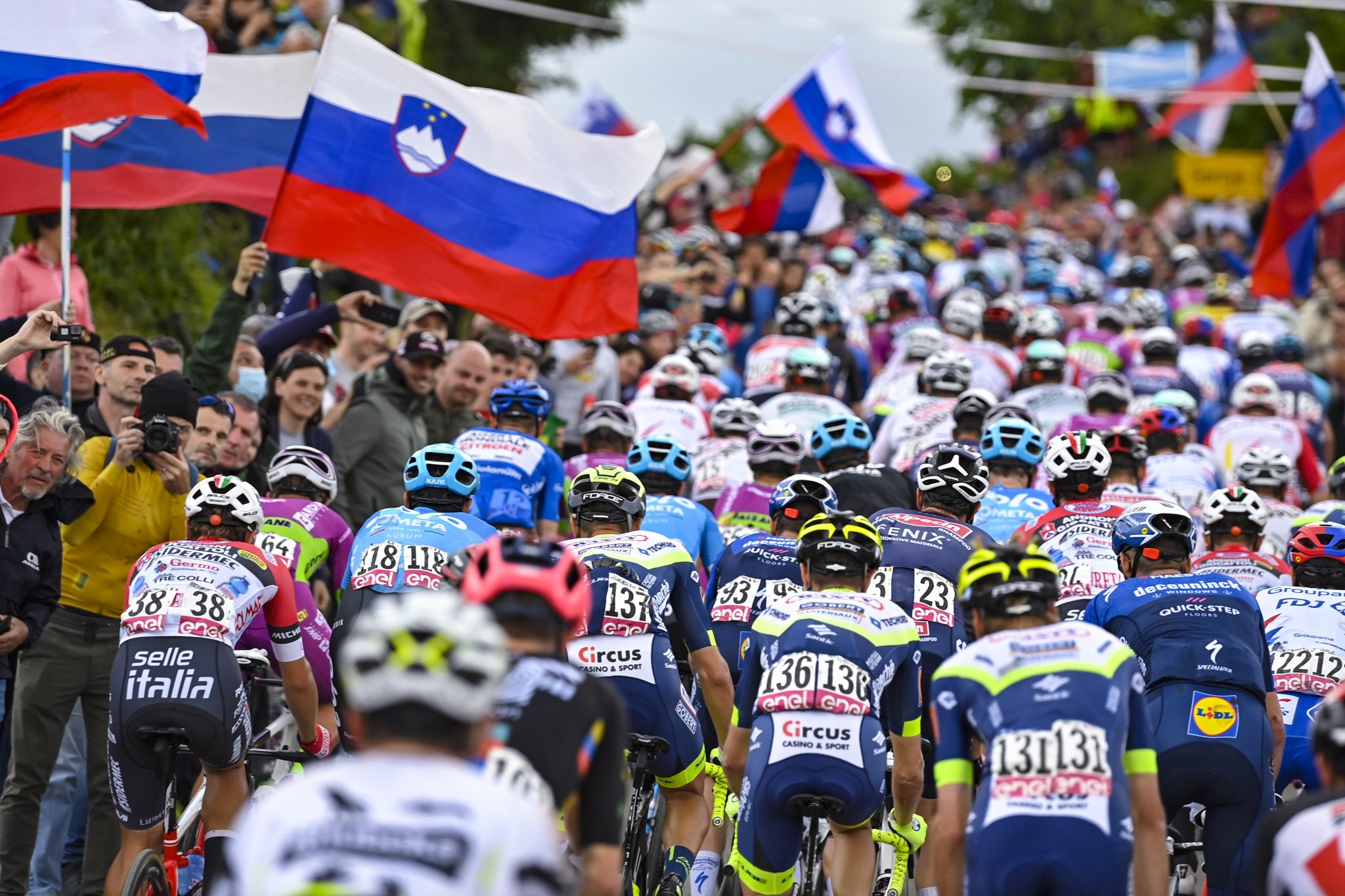