Colombian Egan Bernal tightened his grip on the Giro d’Italia pink jersey with a win in the rain-hit 16th stage on Monday in the Dolomites. Bernal crossed the line alone in the ski resort of Cortina d’Ampezzo to finish 27 seconds ahead of Frenchman Romain Bardet and Italian Damiano Caruso. The 2019 Tour de France winner now leads Caruso by 2:24 with Britain’s Hugh Carthy third at 3:40, before Tuesday’s rest day. The race ends in Milan on Sunday.

The stage had been shortened because of rain and freezing weather with two of days’ climbs scrapped and the distance cut back to 95 miles from the original 131 miles.

The final climb of the day, the Passo Giau, the highest point in this year’s race at 7326 feet altitude, was kept on the route, along with the opening one, up La Crosetta.

The main risk to riders would have been on the slippery descents, during the ‘Queen stage’, considered the hardest of the race, to Cortina d’Ampezzo, which will host the 2026 Winter Olympics.

Bernal was wearing a rain jacket over the leader’s pink jersey as riders headed out for the day 40 minutes late, because of the conditions.

The 24-year-old Colombian attacked twice and broke clear 2 miles from the final summit, arriving at the top with a 45 second advantage on Caruso and 1:13 over Bardet.

Bardet powered back on the descent to catch Caruso, but could not reach the Colombian, who took off his rain jacket to show his pink jersey as he triumphantly crossed the finish line.

Britain’s Simon Yates dropped from second overall after losing over two-and-a-half minutes on the day.

Belgian Remco Evenepoel also dropped off before the final 18 miles and the climb to the Passo Giau.

Before the stage Lotto Soudal’s Belgian Thomas De Gendt pulled out with a knee problem. De Gendt finished third in the 2012 edition and has won stages on all three Grand Tours, the Giro, the Tour de France and the Vuelta a Espana. 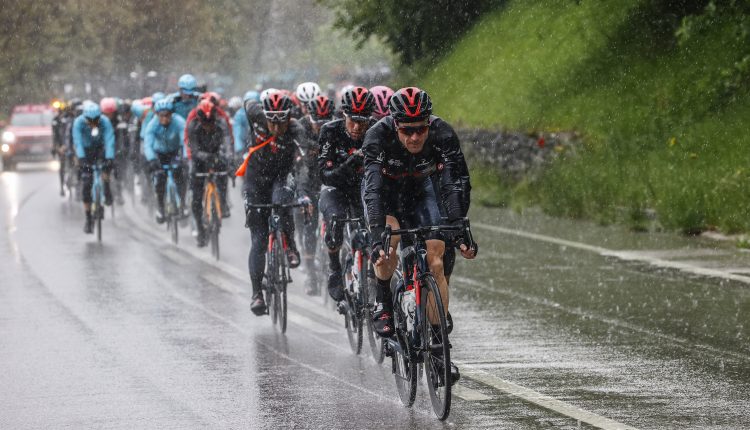 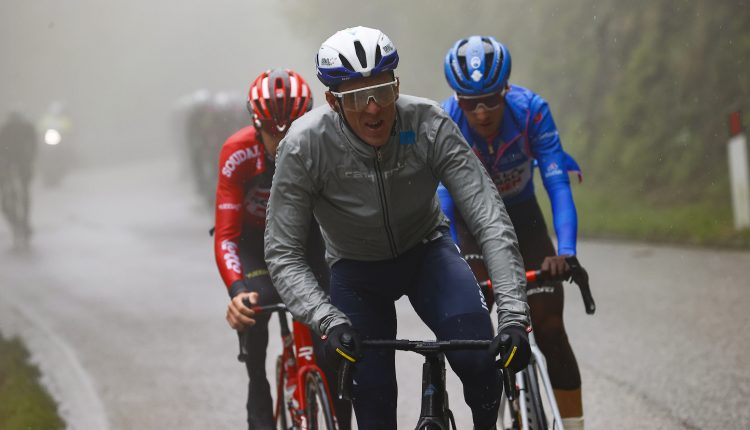 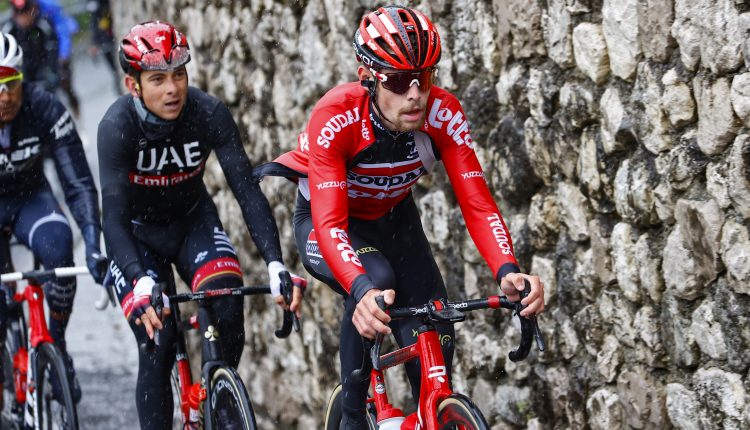 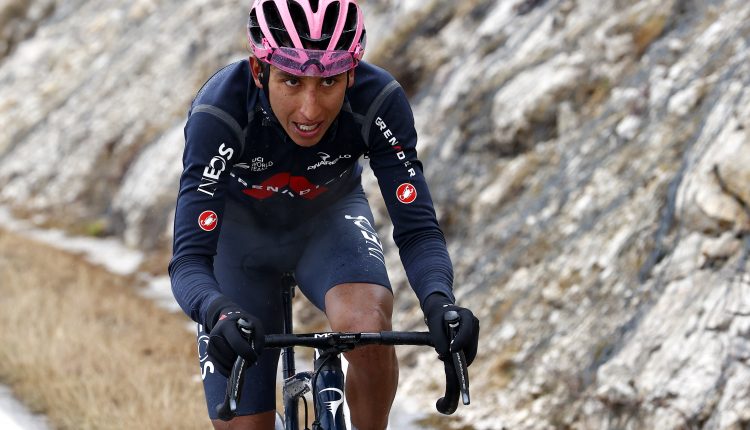 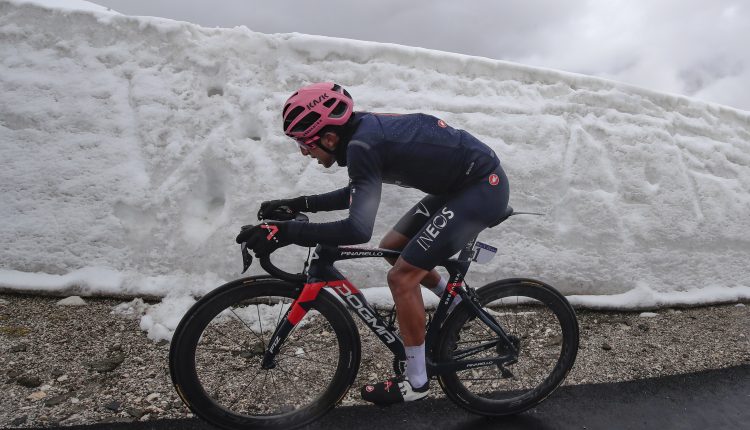 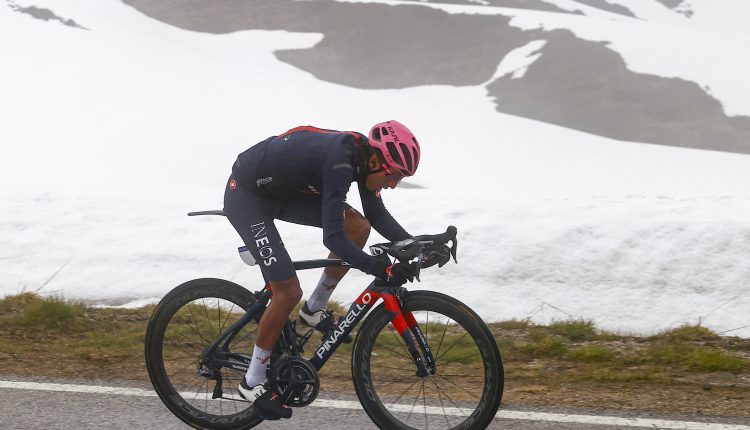 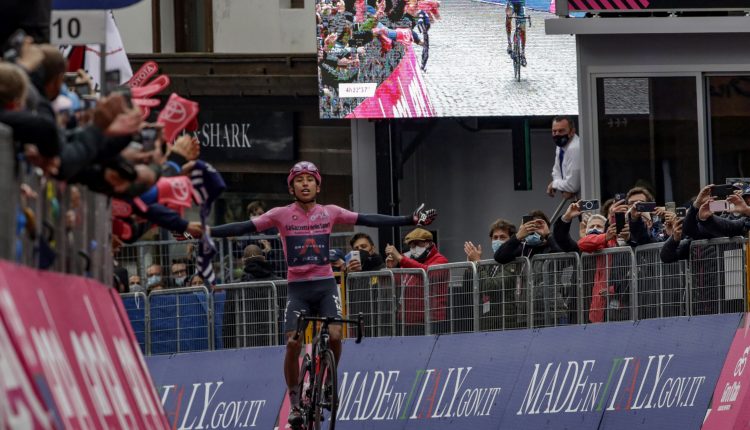 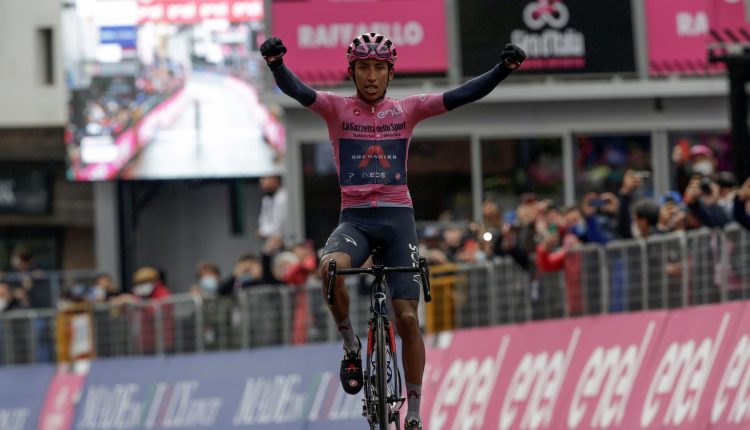