Quintana, the 2014 champion who rides for Movistar, finished nearly eight and a half minutes behind Team Sky rider Mikel Landa after the Spaniard soloed over the finish in triumph following a 191km ride from San Candido to the summit finish at Piancavallo. But it was enough to give the 2014 pink jersey winner, who saw Dumoulin make a “rookie mistake” and struggle throughout the fourth of five days in the mountains, the race lead two days before the 100th edition finishes in Milan.

Dumoulin, bidding to become the Giro’s first Dutch champion, dropped to second overall at 38secs with Italy’s two-time champion Vincenzo Nibali (Bahrain) now third at 43, 10 secs ahead of Frenchman Thibaut Pinot (FDJ). With one final day in the mountains on Saturday’s 20th and penultimate stage from Pordenone to Asiago, Quintana now has his work cut out. The 21st and final stage Sunday is a mainly flat time trial over 29.3 km from Monza to Milan — and Dumoulin was over two minutes faster than the Colombian on the 10th stage time trial last week.

“We have to try and take more time tomorrow,” said Quintana. “The time trial will be decisive.” Sunweb team leader Dumoulin has produced some valiant efforts trying to save his pink jersey this week, including a brave solo climb over the formidable Stelio climb following an embarrassing, unscheduled toilet stop.

But a day after sparking a spat with Quintana and Nibali, the Dutchman was given payback. He shook hands with Nibali before the stage started, but Italy’s two-time winner was quickly involved when Movistar put the pedal to the metal on the descent of the first climb. It caught Dumoulin cold, and he admitted: “I had bad legs from the start
and I made a rookie mistake at the beginning, sitting at the back of the bunch on the downhill.

“Then Bahrain and Movistar split the bunch and I was in the second group and needed, with my bad legs, to go to the maximum to come back, in the middle of the stage. So that was really unnecessary.”

Throughout the stage, Dumoulin was in danger of losing the race lead after being isolated prior to the final, 15.4 km climb to Piancavallo. Landa, who had been part of an earlier breakaway that built a lead of
nearly 10 minutes, finished second to Tejay Van Garderen on Thursday. But the Spaniard made no mistake when he attacked Rui Costa 10 km from the summit, going solo for most of the climb to finish nearly two minutes ahead of his Portuguese rival.

With a little over 8km to race, Dumoulin was left trailing as he struggled to match the pace being set by Nibali’s teammate Franco Pellizotti. Pinot, who boosted his chances of a podium finish on Thursday, than attacked Nibali and Quintana’s group to close to within 10secs of the Italian. 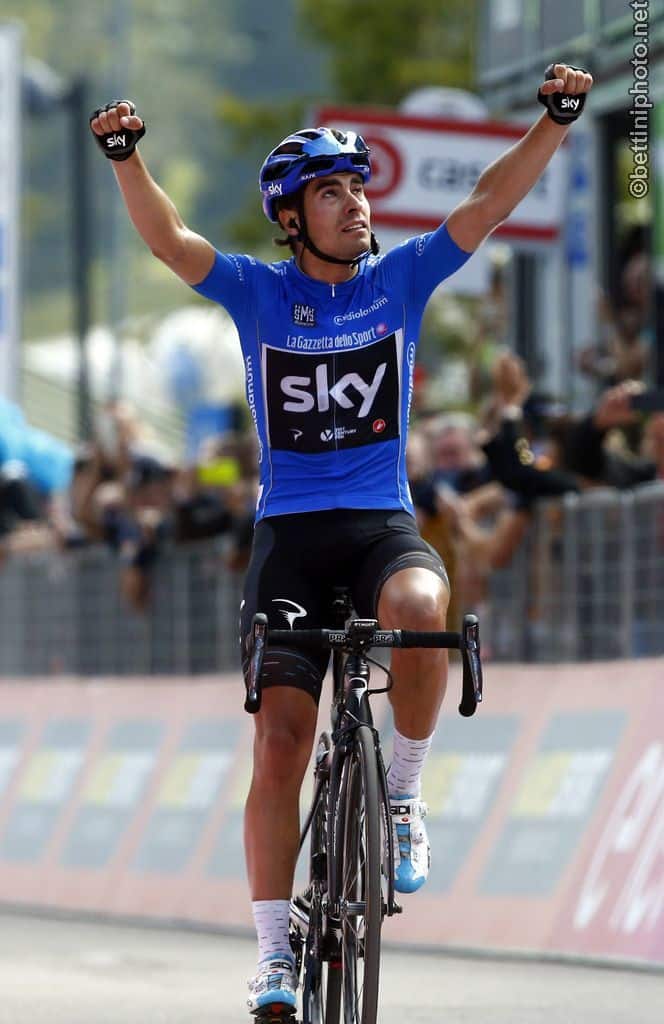