Dutch rookie Taco van der Hoorn held off a chasing pack in the final kilometre to win the third stage of the Giro
d’Italia in Canale on Monday. On his first Giro Van der Hoorn was part of a break that escaped the main pack 3 miles into the 111-mile stage. With 5 miles to go he accelerated away from the other survivor of the eight-man break, Swiss rider Simon Pellaud of Androni, and held off a disorganized pursuit. He crossed the line with four seconds to spare, holding his hands to his head in a gesture disbelief.

“After the finish I was thinking: ‘is this real?” the Intermarche rider said on the podium.

The breakaway, which included Ukranian Andrii Ponomar, at 18 and eight months, the youngest Giro rider since 1929, disintegrated on the short sharp hills in the second half of the stage in the vineyards near Alba. With the pack closing the two survivors, Van der Hoorn and Pellaud kept riding.

“I didn’t believe when we had one minute with 25k,” said van der Hoorn.

“I just think that 0.5 per cent it’s enough chance and I just take it.”After following the Swiss rider up the last climb, Van der Hoorn accelerated away and quickly stretched a 35 second lead to a minute.

“Simon was pulling me hard on the climb I’m a bit heavier and I was struggling. But on the descent I was feeling much stronger,” said Van der Hoorn.

“I was thinking I have to go now and do a bit higher speed.”

He was help by a disorganised pursuit as the leading teams in the peloton waited for their rivals to do the work and close the gap.

“For me it was so surreal that I as there in front and the peloton was not coming back at me. I didn’t believe it,” said Van der Hoorn.

On Tuesday, the fourth stage is a 116 mile ride south from Piacenza which ends with a second category climb into to Sestola. 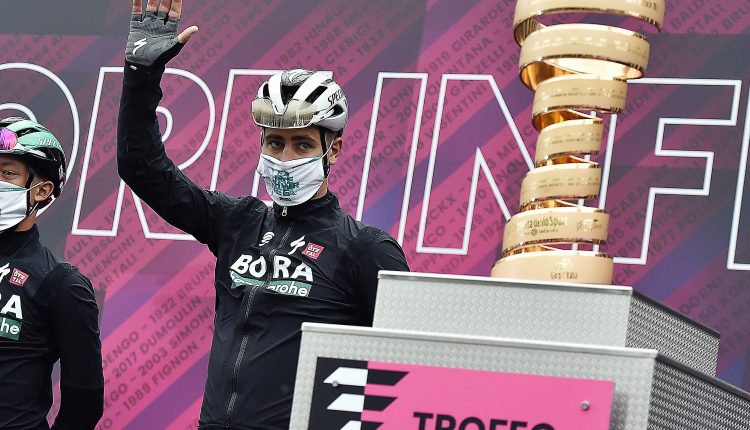 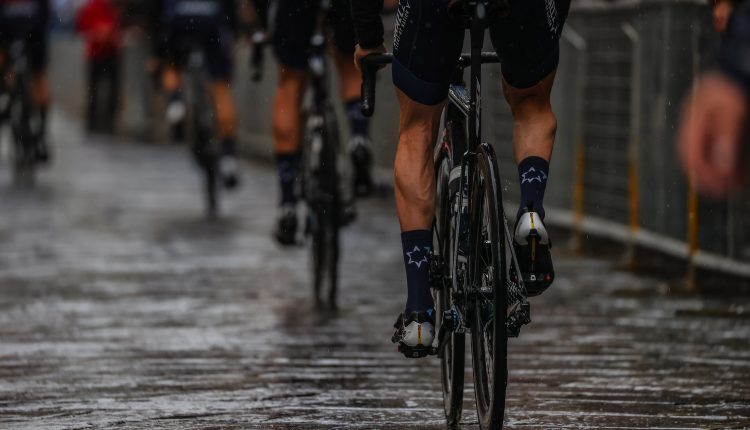 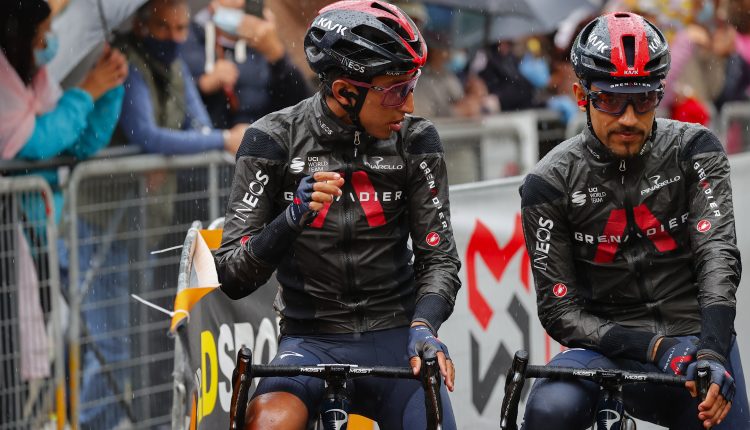 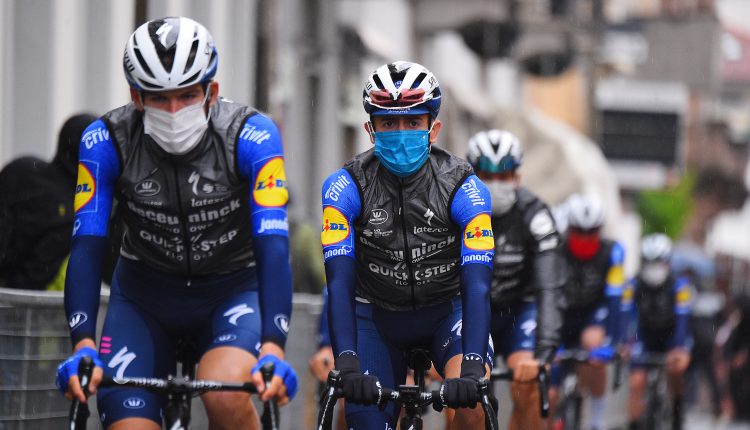 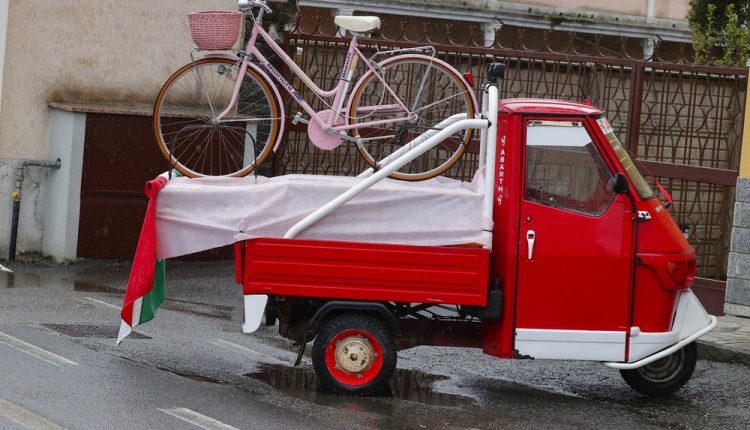 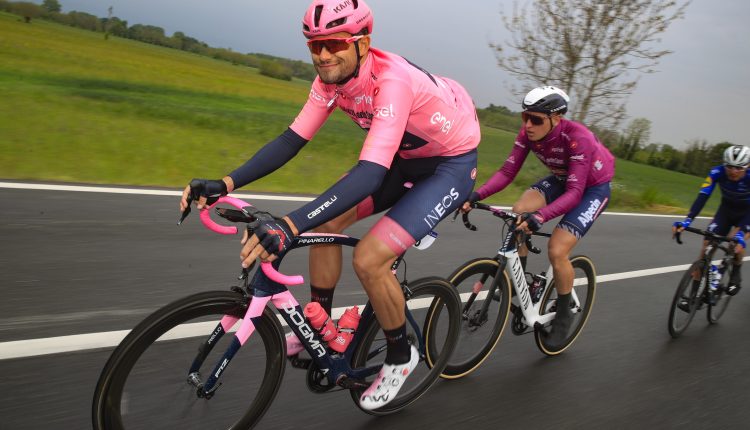 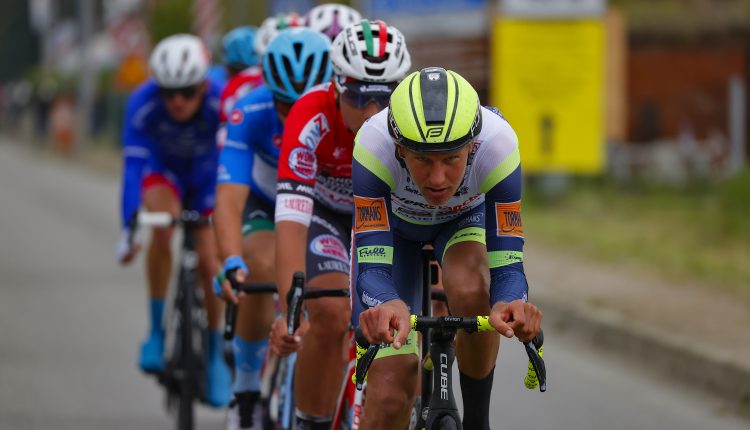 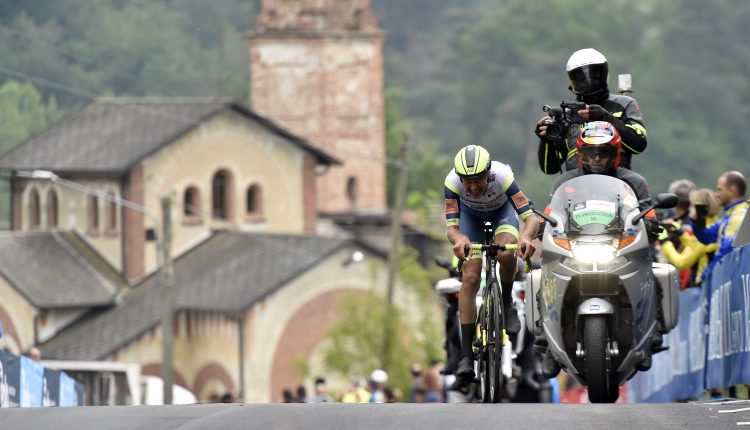 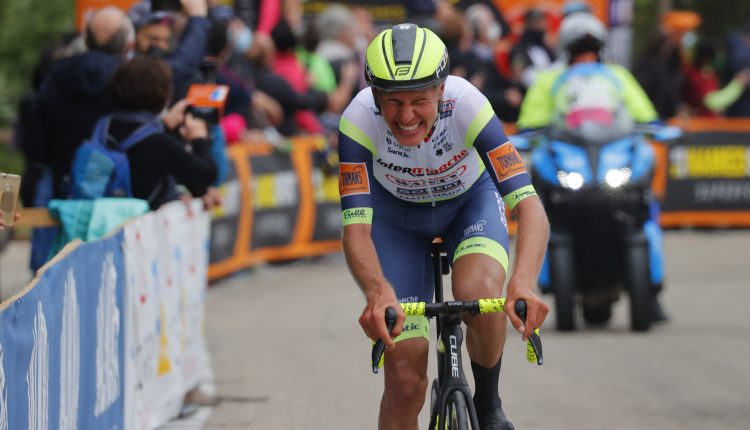 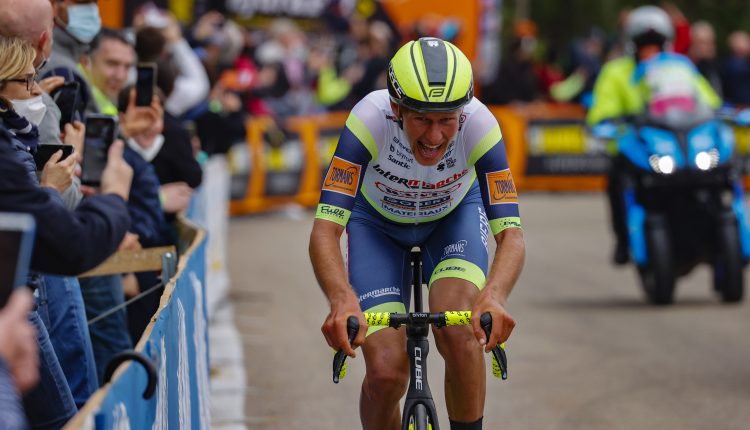 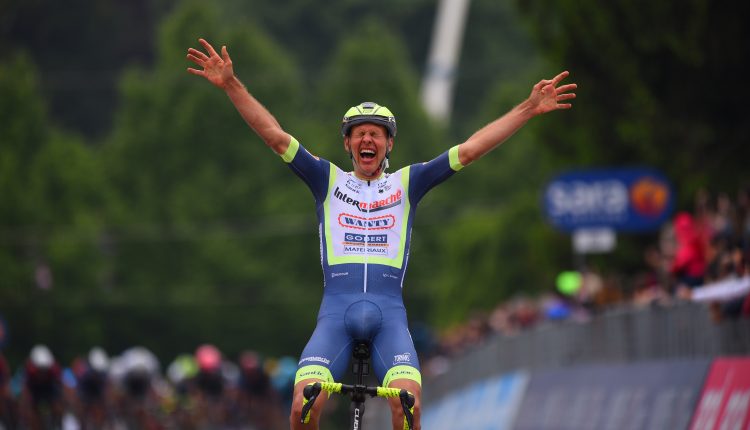 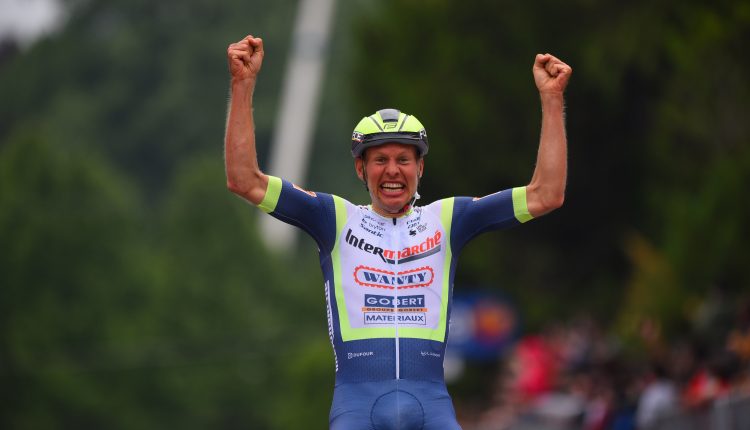 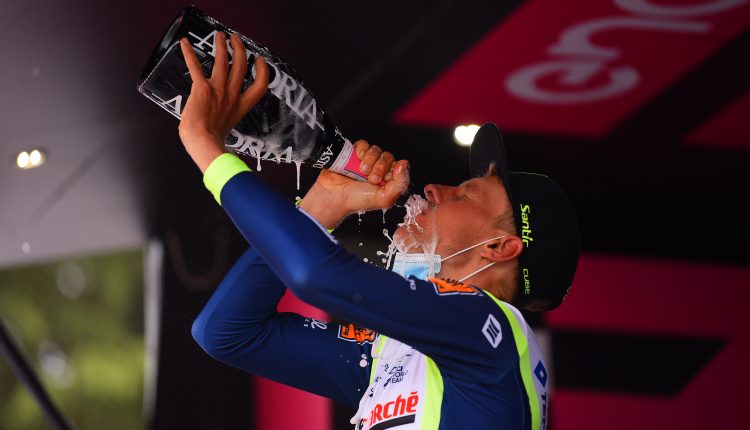