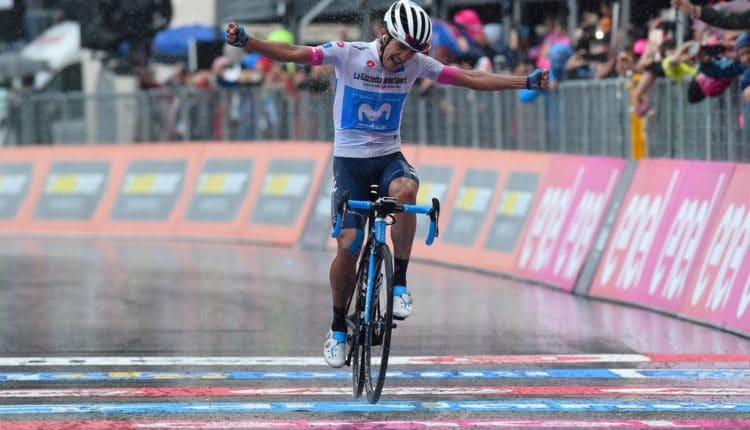 RBA/AFP – Ecuadorian Richard Carapaz of the Movistar team won the eighth stage of the Giro d’Italia on Saturday as Britain’s Chris Froome of Sky once again crashed in rainy conditions.

Another British rider Simon Yates of the Mitchelton team kept the overall leader’s pink jersey on the second mountain finish after a 209km run up though southern Italy from Praia a Mare to the monastery of Montevergine di Mercogliano. Froome’s hopes took a knock when he fell 5.5km from the line on a bend made slippery by a storm. The four-time Tour de France winner crashed onto his right side as he did before the opening stage time trial in Jerusalem, but he managed to finish in the leading group.

Carapaz — competing in his first Grand Tour race — made a break 1.4km from the line. The 24-year-old held on in the tricky conditions, finishing seven seconds ahead of a large chasing group containing all favorites. Italy’s Davide Formolo (Bora) finished second followed by France’s Thibaut Pinot (FDJ), who crossed in third to move up in the overall standings to fourth, 41sec behind Yates.

“It was a slippery but it was okay,” said Yates, who said he was feeling confident enough to win this year’s race. “I think so,” he replied when asked if he could win. “I feel really good and I just need some good luck. I have great teammates to help me do this so I don’t see why not.”

“Tomorrow will be a bit more difficult,” added Yates of Sunday’s ninth stage which finished at 2,135 metres altitude at Gran Sasso d’Italia with a grueling 26.5km climb at Campo Imperatore, where Benito Mussolini was imprisoned in 1943. 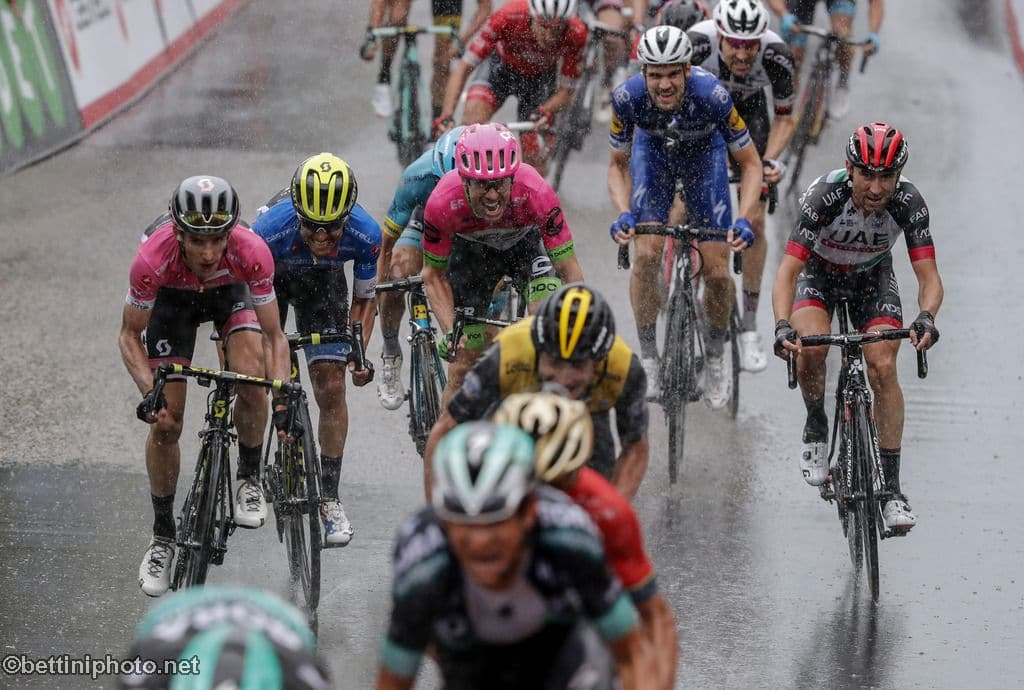