Alberto Contador and Ivan Basso helped unveil plans Monday for a challenging start to the 2018 Giro d’Italia in Israel, the first time one of cycling’s three major races will begin outside Europe. The two cycling stars attended a press conference in Jerusalem detailing the start for the Italian race next year, with the first three stages to be hosted by Israel from May 4-6.

It will begin with a time-trial in hilly Jerusalem, followed by two other stages, one that will follow the Mediterranean coast from Haifa to Tel Aviv and another that will begin in Beersheba in the Negev desert and end in Eilat on the Red Sea. The opening time-trial will be 10.1 kilometers, while the second stage is 167 kilometers and the third 226. The Jerusalem leg will pass by Israel’s parliament and begin and end near the walls of the ancient Old City, holy to Christians, Muslims and Jews.

“It’s 10 kilometers up and down, lots of corners,” Basso, a two-time Giro winner, said of the time-trial. “The second stage and the third stage, when you ride on the coast, on the desert, lots of wind maybe, can be already not an easy start for the race,” the Italian added.

The recently retired Contador, who also won the Giro twice, said riders will have to weigh how much to risk in the time-trial. “In my case, if I’m here, for sure I don’t take a big risk because you can lose more than you can win,” the Spaniard said. “It will be a very hard three stages.” Besides Haifa and Tel Aviv, the second day will see the riders curve around Acre as well as pass the ancient Roman-era port city of Caesarea and Zichron Yaakov in the Carmel Mountains. Day three also includes Mitzpe Ramon in the Negev desert, on the edge of the world’s largest erosion crater. 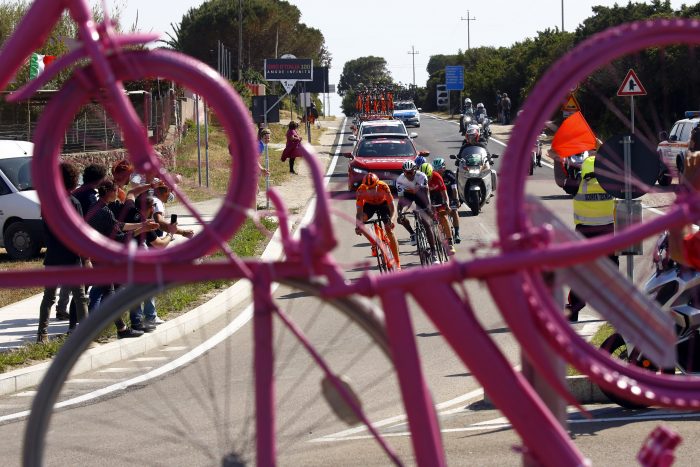 Giro officials, Italian sport minister Luca Lotti and Israeli ministers described the start as an opportunity to bring different cultures and countries together. It is a major coup for Israel, allowing it to promote its tourism industry in a year when it also celebrates 70 years since the country’s creation. “The philosophy that the Giro d’Italia has always had is to say something about history, places, culture, and I think there isn’t anything more important than the one of Jerusalem and all of Israel,” said Giro director Mauro Vegni.

However, Israel also risks protests surrounding the event over its 50-year occupation of Palestinian territory. Israeli Sport Minister Miri Regev and Tourism Minister Yariv Levin said the Giro’s choice of the country for the event was a blow against a campaign to boycott it over the occupation. Regev said those advocating a boycott should “get to know Israel, Israel that always reaches its hand out in peace.” The country however passed a law in March allowing it to ban entry to foreigners who support boycotting Israel. Levin said: “I believe the answer is being given today at this event.” “The fact that the Giro management places its trust in Israel and is enabling — for the first time outside of Europe — to have such a major event here, of all places, is a very clear statement that no attempts to harm it will succeed,” he said of Israel.

The time-trial in disputed Jerusalem will not take place in the eastern sector of the city, which the Palestinians want as the capital of their future state. Israel claims the entire city as its undivided capital. It occupied east Jerusalem in the 1967 Six-Day War and later annexed it in a move never recognized by the international community. It also occupied the West Bank in 1967. 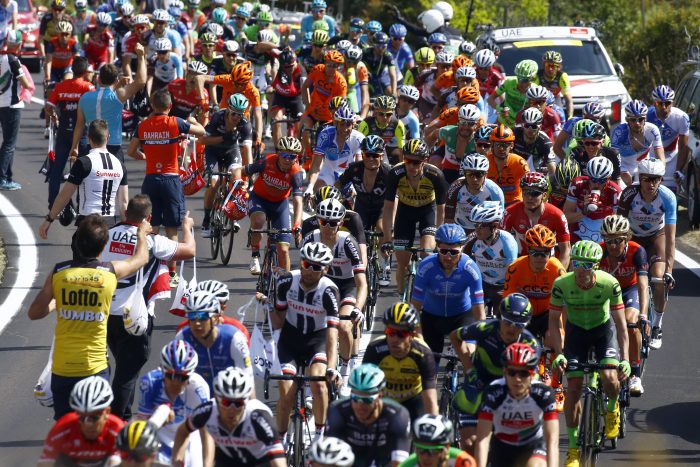 Sarah Hammer to Retire From Cycling