"To go from fourth to first, I wasn't going to do that on the last climb alone" - Froome 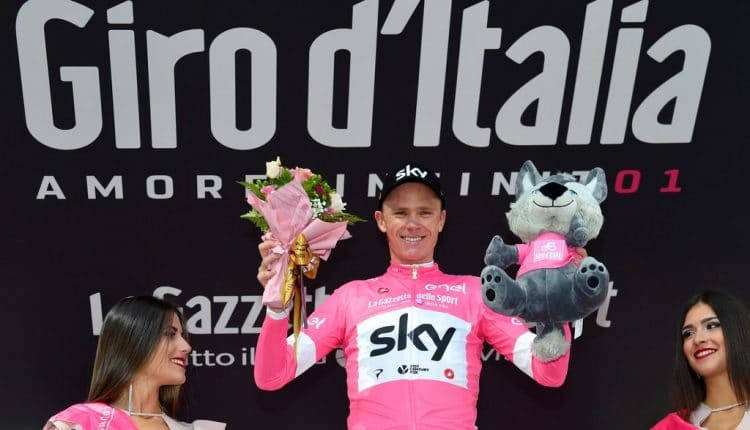 RBA/AFP – Britain’s Chris Froome, of Team Sky, relaunched his bid for a maiden Giro d’Italia triumph Friday by soloing to victory, and the pink jersey, from 80km out on a dramatic 19th stage that proved disastrous for overnight leader Simon Yates.

Yates (Mitchelton) started the 184km ride from Venaria Reale to Bardonecchia in the Italian Alps with a 3min 22sec lead on Froome. But on the penultimate day in the mountains, his 13th wearing the leader’s pink jersey, the Englishman suffered a stunning collapse on the notoriously difficult Colle delle Finestre that prompted Froome to attack with over 80km remaining. He eventually finished over 30 minutes in arrears.

Thanks to a distinct lack of collaboration in the four-man chase group behind him, Froome was able to steadily increase his lead over the rolling terrain leading towards Sestriere. After producing a solo performance that rekindled memories of Belgian great Eddy Merckx, four-time Tour de France winner Froome completed nearly five and a half hours on the bike by soloing over the line in triumph to take a grip on the race with only two stages remaining.

Froome was quick to thank his teammates. It was Team Sky’s relentless pace-setting on the Colle delle Finestre halfway into the stage that forced Yates to dig so deep that he soon began to struggle.

“I don’t think I’ve ever attacked with 80k’s to go like that on my own and gone all the way to the finish but the team did such a fantastic job to set that up for me,” said Froome. “It was going to take something really special today to try and first of all get rid of Simon and get away from Dumoulin and (Domenico) Pozzovivo.

“To go from fourth to first, I wasn’t going to do that on the last climb alone, so I had to try from far out and Colle de Finestre was the perfect place… It just felt good and I said ‘it’s now or never, I have to try’.”

Froome now leads the Netherlands’ defending champion Tom Dumoulin by 40secs in the overall standings, setting up a possible duel on the final day in the mountains on Saturday when the peloton takes in the 214km long 20th stage from Susa to the Cervinia glacer. 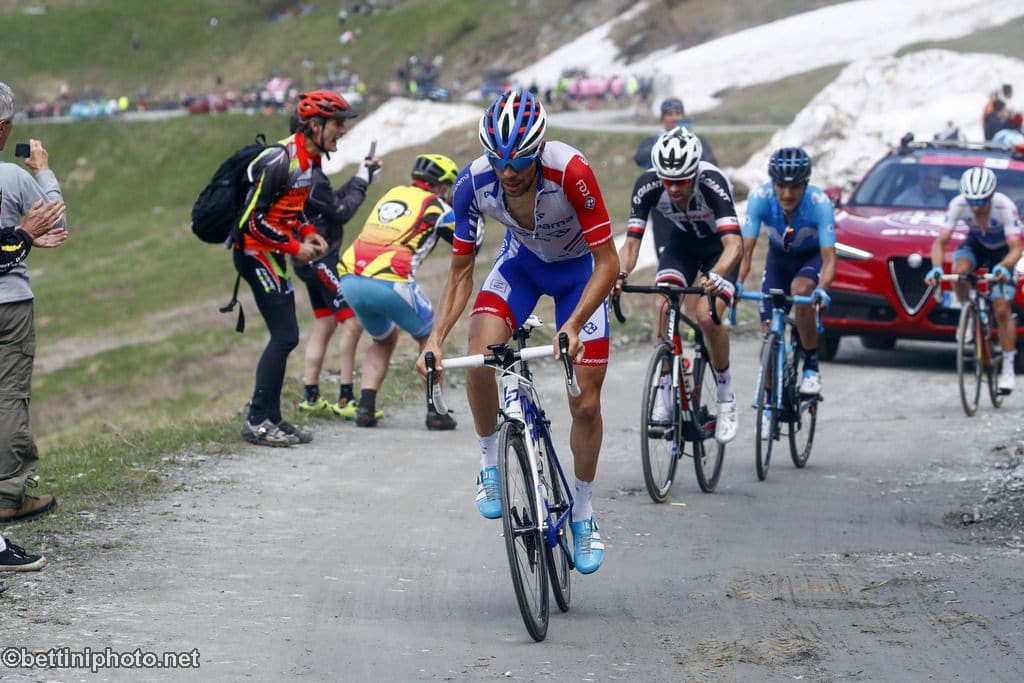 Sitting among a four-man chasing group, France’s Thibaut Pinot and Dumoulin led a futile pursuit of Froome that saw the quartet finish over three minutes in arrears to the Briton. After Pozzovivo struggled and fell down the overall standings, Pinot is now third overall but at 4:17 behind Froome. “That was a completely crazy stage!” said the Frenchman.

Victory on the Giro would be Froome’s first in the Italian three-week race, but his third Grand Tour win in succession and his sixth overall. “It’s great. Obviously there’s still a really hard day tomorrow (Saturday), but the legs are feeling good and I’ve been feeling better and better as the race has gone on,” said Froome. “Hopefully, we can finish this off tomorrow.”