WHAT ABOUT GRANT LOTTERINGS’S EPIC RIDE? 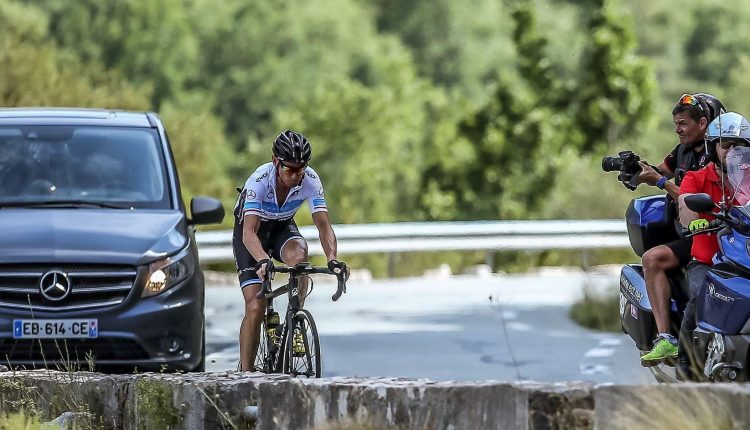 It was just less than a decade ago that a racing crash nearly took his life. Now  Grant Lottering is aiming to do an epic ride that would be a nightmare effort for most of us (but still a dream for others!). 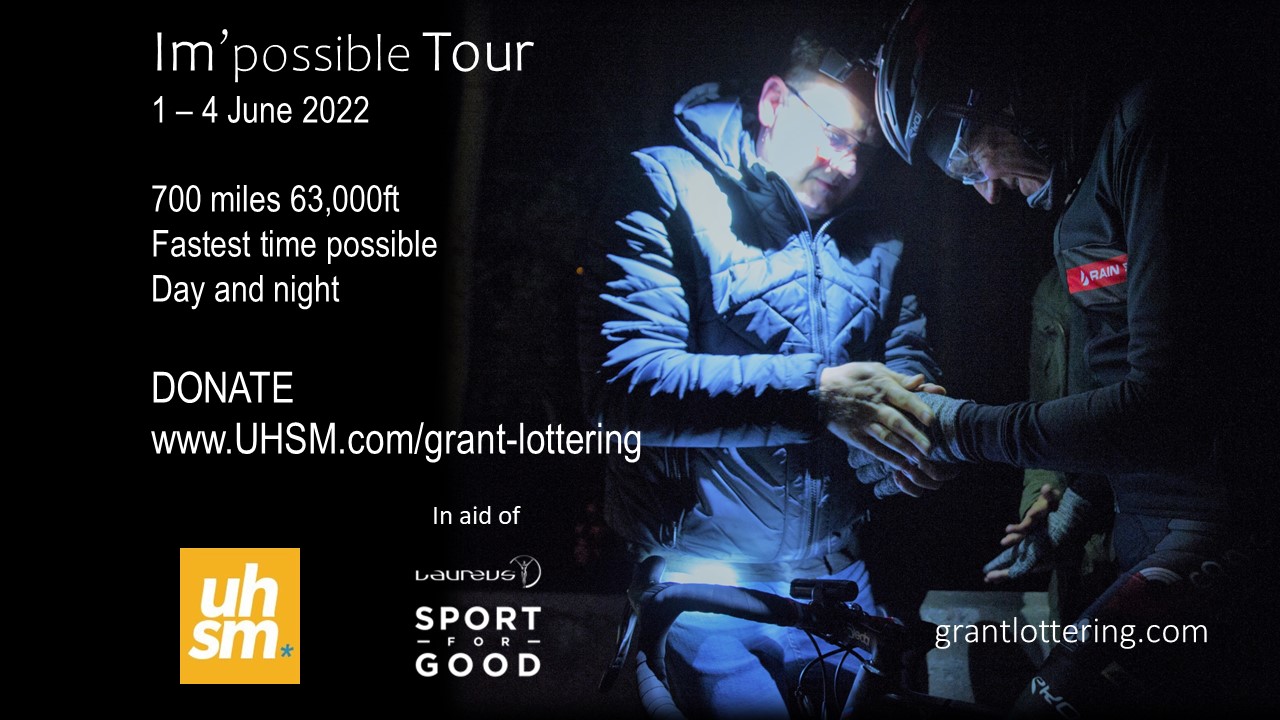 Lottering will embark on a 700-mile non-stop continuous cycle from Shaver Lake to Irvine, Orange County in the fastest time possible, climbing an agonizing 63,000ft in one ride, to raise awareness and support for the Laureus Sport for Good Charity, which uses sports as a powerful tool to help children and young people overcome violence, discrimination and disadvantages.

“They say adversity is merely a test which breeds success, and for South Africa’s most accomplished extreme-endurance cyclist, this has been a theme of Grant’s extreme brand of fundraising. We are proud to have Grant as a UHSM ambassador – he is living proof that one can achieve unbelievable levels of success while persevering in the face of challenges and storms,” said Christopher Jin, UHSM president.

“At UHSM, we affirm that caring for people and their overall health encompasses the body, mind and spirit. And as supporters of Grant’s mission and vision for inspiring others and sharing positivity across the world, we believe that his message deeply aligns with our own values. We couldn’t be more thrilled to watch him accomplish this amazing feat; he always makes the impossible possible!”

Lottering suffered a horrendous cycling accident during a world championship preparation race In the Italian Alps in 2013 and was declared medically dead on the scene. He suffered 22 fractured bones and extensive internal injuries and bleeding. He miraculously survived and resolved to make a difference with his second chance at life he believes God gave him. Since then, and despite undergoing 12 surgeries since 2013, plus emergency cancer surgery, he has astonished the medical profession and audiences alike with his annual extreme cycling attempts for charity dubbed The Im’possible Tour. Lottering’s remarkable story and life journey has raise hundreds of thousands of dollars for underprivileged children across the world and has reached over 90 million people globally as he continues to inspire and challenge audiences to be resilient and persevere in the face of adversity.

His first-ever US Im’possible Tour, sponsored by UHSM and Mercedes-Benz Vans USA, will see Lottering ride from Shaver Lake in the Sierra National Forest, through the Sequoia National Forest, down to Santa Barbara, Ventura, and Los Angeles Counties, covering most of the famous mountain roads along the way including Refugio Road, Gibraltar Road, Crystal Lake and Mt Baldy, before heading down to Irvine in Orange County. A mammoth ride that will see Lottering climbing over 63,000 feet in one continuous ride that should take him three days and three nights of straight riding to complete. The aim will be to finish on Sat 4 June at the Orange County Great Park Soccer Stadium in Irvine, California just ahead of the OC Soccer Club match against New Mexico United.

Lottering’s inspirational life story will soon be available in bookstores country-wide, as well as on Amazon. Those looking to sponsor, volunteer, participate or fundraise on behalf of the Grant Lottering, USA Im’Possible Tour, can directly reach out to the following email: [email protected]

ABOUT UHSM
UHSM Health Share is a nonprofit, faith-based health sharing ministry that facilitates member-to-member health sharing among fellow Christians, serving as a connector to administer medical cost sharing through its We Share programs. Christian healthcare is chosen by millions each year over traditional insurance plans, and We Share programs by UHSM stand alone as the only health sharing that offers members true prescription coverage through the CVS Caremark network plus access to basic care through CVS Minute Clinic and Health Hub. We Share and UHSM members can also access care through nearly one million doctors, hospitals and specialists in the First Health PPO Network, a wholly owned subsidiary of Aetna Inc. Additionally, all members can contact the DocDay telehealth network seven days a week for diagnoses, treatment, lab orders and prescriptions related to more than 40 health conditions. Headquartered in Norfolk, VA, UHSM offers its members simple, fair, and friendly healthcare
programs. The UHSM mission is to help Christian families fulfill their God-given purpose to care for one another, foster holistic wellbeing, and positively impact our communities in need.