WHEN THE FRENCH GO GRAVEL 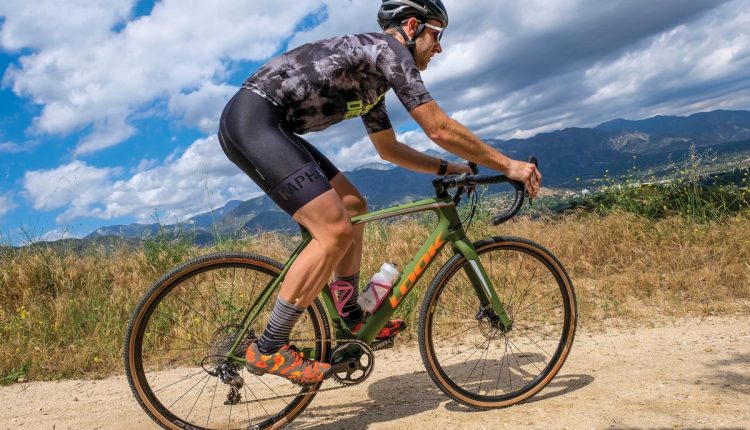 As much as we go on about the notable legacy of Italian bike brands, the French, too, have their own respected place in history, thanks to original brands like Peugeot and Gitane. But it’s when the discussion turns specifically to carbon frames that the French bike industry can really hold its head high due to the visionary efforts of a brand based in Nevers, France.

That brand, of course, is Look Cycles, and they pioneered carbon frame design when they put Bernard Hinault and winner Greg LeMond aboard the first carbon-tubed frames ever ridden in the Tour de France in 1986. 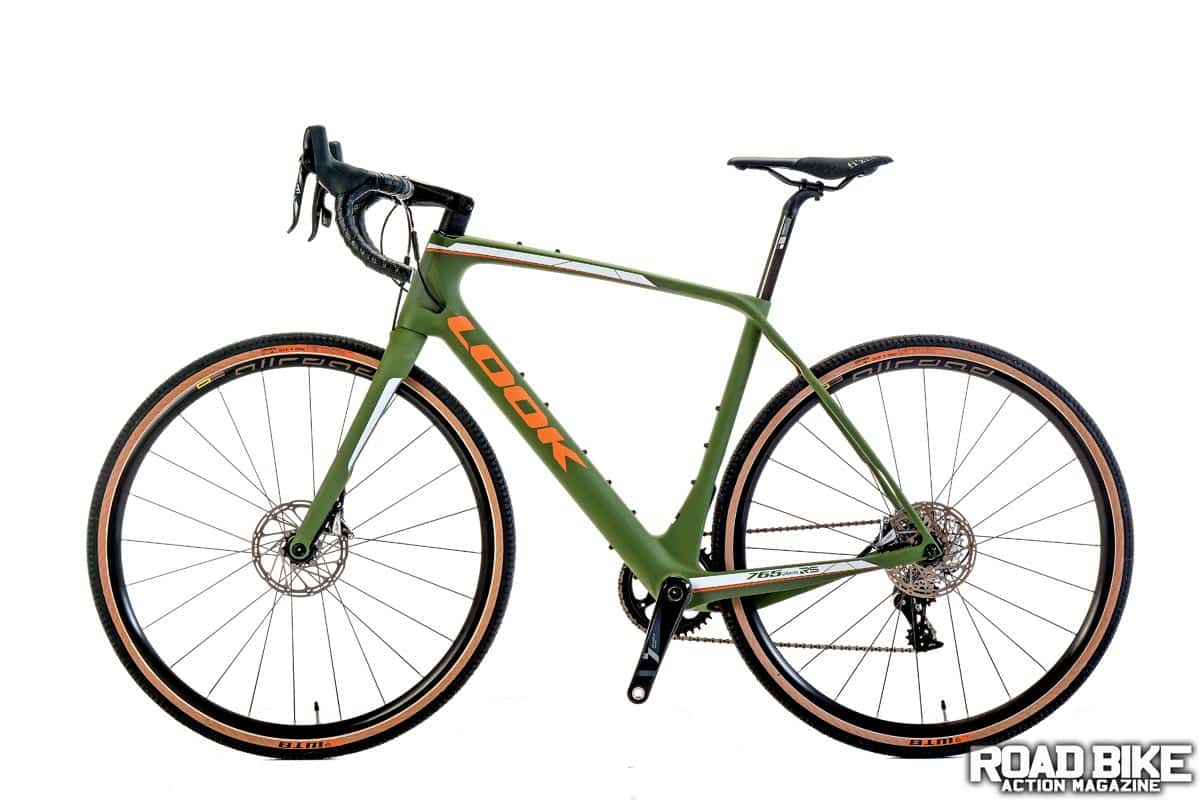 The 765 frame was designed specifically for gravel needs and features a mix of high- and medium-modulus carbon fibers in its construction. Look’s compliance story rests on their own 3D Wave seatstays that use top and bottom reliefs to damp road shock.

“Although the term ‘direct drive’ has been overused, the front-end rigidity afforded by the fork/stem/handlebar left no room for flex through the stutter bumps.”

If there were two standout frame features that place the 765 squarely in the category of being a well-thought-out gravel bike, they would be the wheel clearance for up to 40mm tires and the mounts for four water bottles, plus a bento box on the top tube. The Look is another gravel entry that follows in the path first laid down by the Open UP’s asymmetrical chainstays, with the drive-side stay sloping groundward from the bottom bracket.

Although this was our third test bike this year (following the Cipollini All Road and Alchemy Ronin) that had a matte green finish, the colorway was still a refreshing change of pace. One downside about the matte finish is that it retained dirt and did not clean easily.

Like so many other bikes that have embraced the aero trend, the Look uses an integrated seat binder in the top tube, but here it seemed just that much closer to the seatpost as to make tightening and loosening problematic.

Look is making three models of the 765 available—one with the SRAM Force 1x drivetrain and two with a  Shimano 2x drivetrain. Our Force bike ran with a 42t chainring matched to an 11/36 cassette.

The bike rolls on 37mm WTB Riddler tires wrapped around aluminum Mavic All Road Disc CL Tubeless wheels. Like all the modern bikes we test, the 765 used 12mm thru-axles. What made them stand out is that they were based on Mavic’s SpeedRelease thru-axles, which use slotted dropouts for quicker wheel changes. Although we’re never in a hurry on our gravel rides, the system is a bit odd to get used to at first, but the upside is that when you remove the wheel, the axle stays in the wheel—a valuable plus when you flat and normally have to lay the axle in the dirt.

Despite the 12-degree flare, the aluminum handlebars weren’t deemed offensive by test riders who still favor standard bars with no flare. We couldn’t help but be amused by the “gravel design stem,” which other than
its robust aluminum build left us wondering what made it gravel specific. The inline cable adjuster is a handy touch.

Off-road, the bike had the one feature we like most in a gravel bike—predictable handling. Without being either too long and plodding, or too short and hyperactive, the 102.5cm wheelbase (with a 70.3-degree head angle) is about as long as we like for a balance of aggressive but controlled riding. Although the term “direct drive” has been overused, the front-end rigidity afforded by the fork/stem/handlebar left no room for flex through the stutter bumps.

With Look touting the compliance of their 3D Wave rear triangle, and since frame compliance is hard to rate with oversized knobby tires (even on the road), we mounted a pair of 28mm Continental GP4000 tires (at 80 psi) to try out on our weekly Rose Bowl training ride for a better feel. Even when we purposely pedaled over the rough stuff, the hits were muted just enough to escape the sharp end of the bump forces. Nice.

As much as one rider’s gravel ride is different from another’s, we will once again go on record and say that the standard 1x chainring for a gravel bike should be a 40t or a 1:1 ratio. Although the industry has come far from the days when early gravel gearing was nothing more than leftover cyclocross gearing, pushing a 42t can still be a challenge on steep, rocky dirt sections. In fact, we even found the 42/36 low gear on the tall side while slowly grinding up the notoriously steep Double Peak climb at the Belgian Waffle Ride, which is paved. 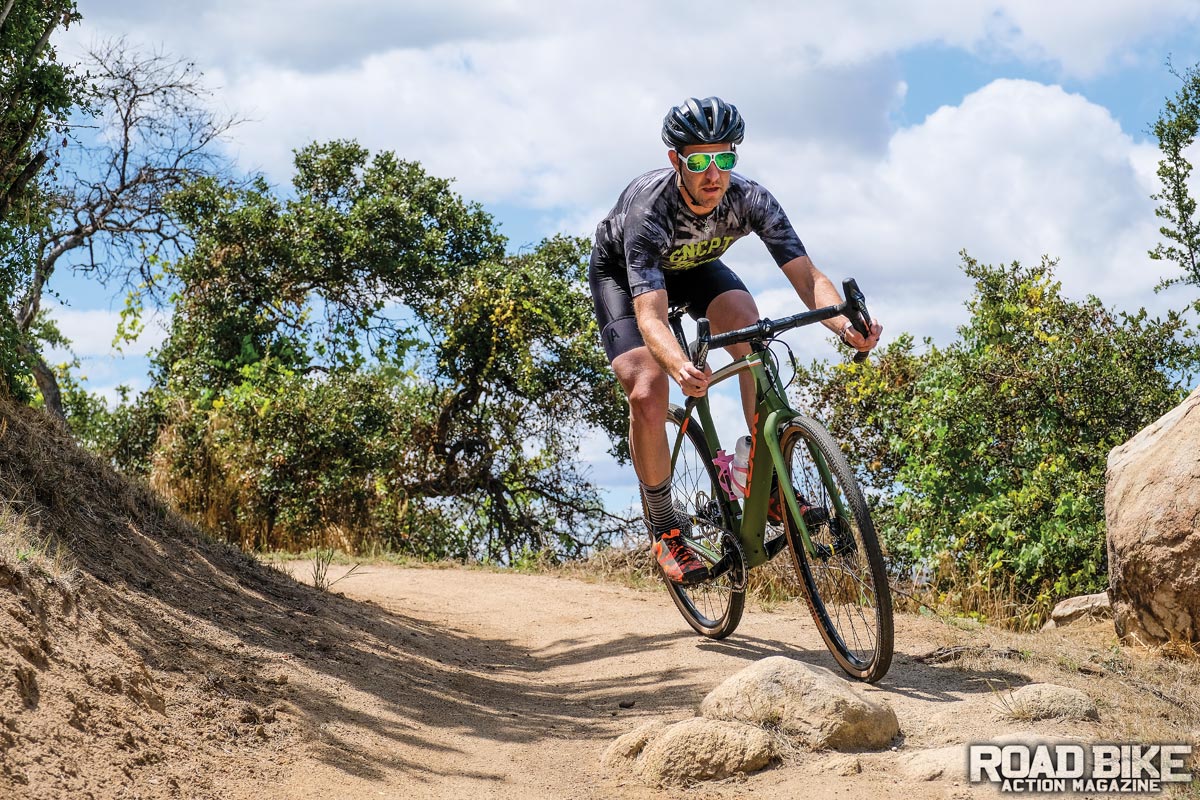 Although we understand the manufacturing/build decision behind it, having that front derailleur tab is a visual distraction. Speaking of a front derailleur, there are two 2x options: Shimano Ultegra for $4000 and Shimano 105 for $3500. Yes, that’s still a good chunk of change, but the same frame is shared among the three.

Nothing against French engineering, but for all we hear about how slow the gravel movement has been to catch on in Europe, Look’s first effort at the category is proof that the R&D lab in Nevers did their homework.