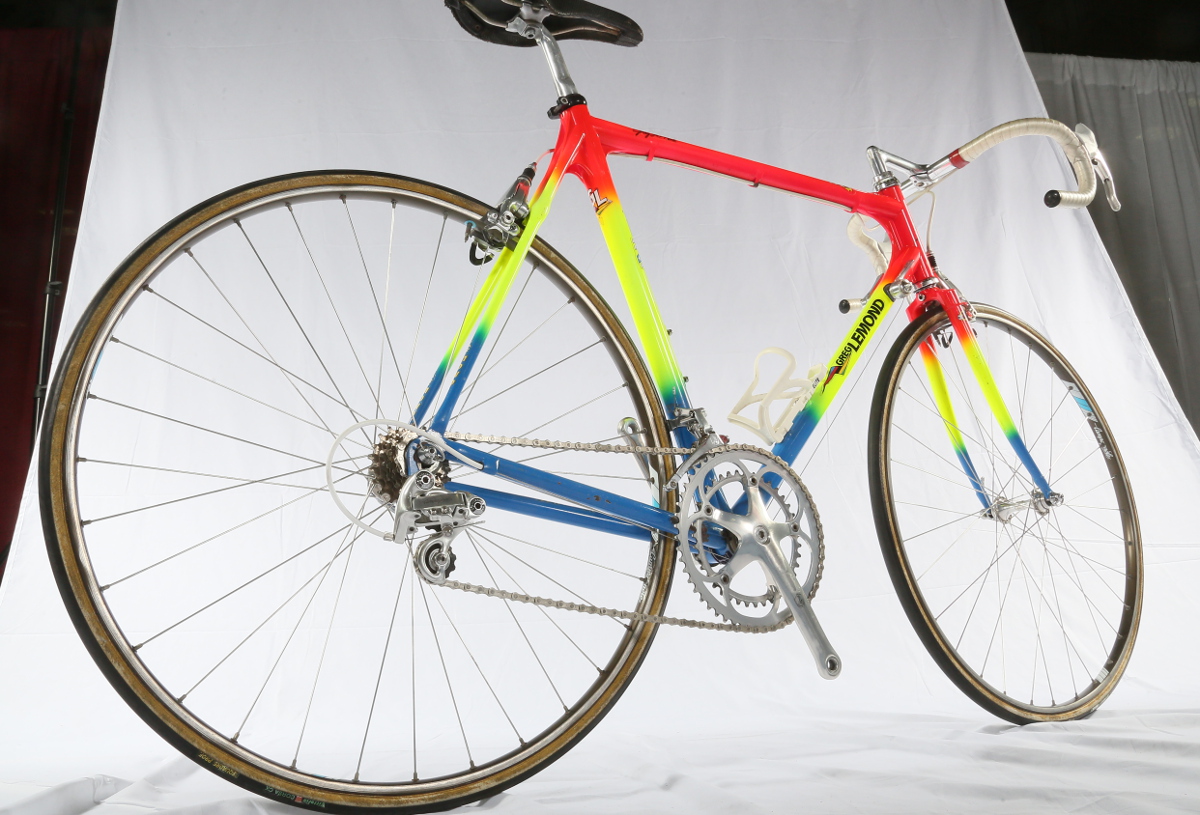 Sure the North American Handmade Bicycle Show is still a few months away, but you know how life is, time can speed by like the peloton on the Avenue des Champs-Elysees and the next thing you know the show is over and you missed out. For that reason it’s worth your time to mark February 16-18 on the calendar as the days you should try your best to be in Hartford, CT for the 14th annual running of what is undoubtedly the most mesmerizing bike show on the planet.

In the run-up to the show, we’ll be posting an ongoing gallery of some of the beautiful bikes we’ve seen over the year…starting with one of our all-time faves – Craig Calfee.

Since the late 80’s, Calfee and his Calfee Designs factory has been churning out ingeniously designed and beautifully crafted carbon road bikes – none which received as much acclaim as the pioneering carbon bikes he made for Greg LeMond and Team Z for the 1991 Tour de France.