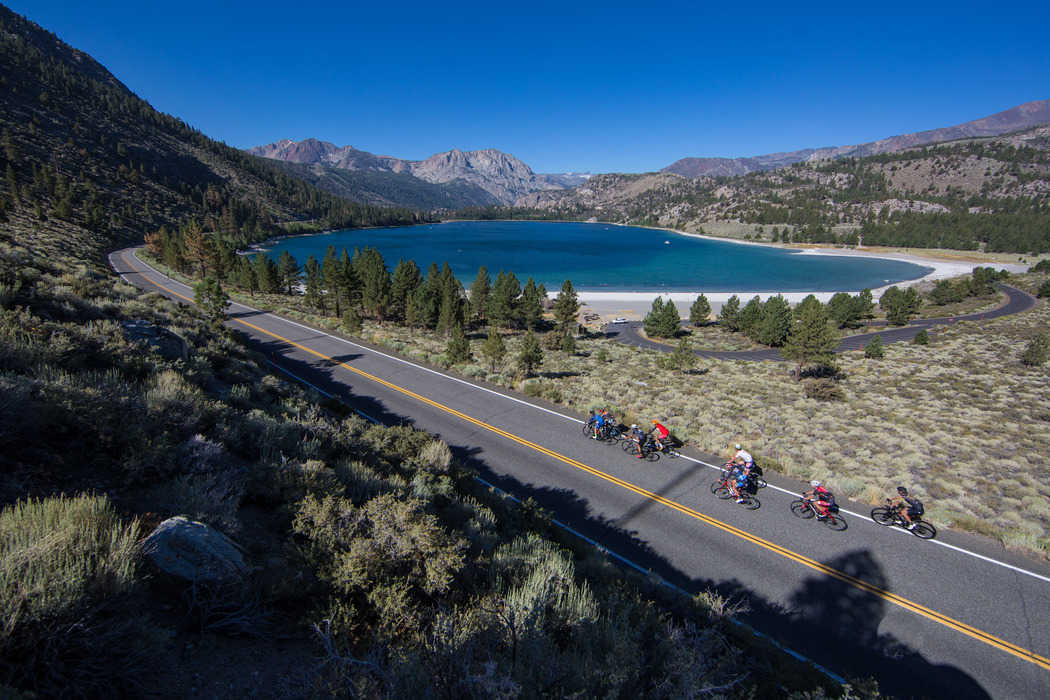 Spending a few days riding some of the biggest, and most scenic, climbs of the Eastern Sierra is something that’s long been on my to-do list, and I’m finally checking it off. Using Mammoth Lakes as home base, a half dozen friends and I set out for three full days of riding that will take us as far North as Tioga Pass into Yosemite, and as far South as Ancient Bristlecone Pine Forest in the White Mountains, which lands itself on the list of top-10 hardest climbs in the U.S. The full Eastern Sierra climbing article will feature in Road Bike Action Magazine.