Press Release: Bike racing is second-nature in the Hincapie family. As soon as young George and Rich Hincapie could put foot to pedal, their father Ricardo began teaching them the fundamentals of cycling. Decades later, though George is now a retired professional cyclist and Rich spends much of his time as the CEO of the Hincapie Brands, the brothers continue to race together—this time in another capacity, as owners of Holowesko|Citadel racing team.

The brothers began the team in 2012, and in five short years, it has quickly grown from a young, inexperienced Hincapie Development squad to Holowesko|Citadel, a Continental-level team that’s graduated four alumni to the next step in cycling: Joey Rosskopf of BMC, Toms Skujins of Cannondale-Drapac, Dion Smith of Wanty-Groupe Gobert, and Larry Warbasse of Aqua Blue Sport. Holowesko|Citadel is also the only U.S.-based team that has won at least one stage in the largest North American stage races and to have alumni in each of the three gran tours this year.

And now, with numerous wins under their belts and funds secured for advancement, the Hincapies have applied for Pro Continental status.

“Rich and I started this team with the aim to help mentor young cyclists to the Pro Tour circuit,” says George Hincapie. “Advancing our team to Pro Continental is the natural next step and allows a more seamless transition to Pro Tour for each of the cyclists on the team.”

Supporting cyclists is personal to George Hincapie, who really defined the idea of a domestique during his own racing days, relentlessly supporting his teammates through 17 Tour de France races. Now, Hincapie continues this passion, spending much of his time securing sponsorship dollars and co-managing the team. He also joins the guys for training rides and accompanies them to races. Perhaps most importantly, he takes time to have a little fun with the team, stressing that above all else, the team is a family. Rich and Chief Sports Director Thomas Craven also carry this philosophy when leading the team.

“Some people may raise their eyebrows at our laid-back style of leadership,” says Rich Hincapie. “But we’ve found that encouraging this family atmosphere has really helped to build camaraderie among the team. The guys respect each other, really know each other, so when they get out on the road, they understand how to work together and support each other.”

“Holowesko|Citadel has really encouraged me to be myself,” adds rider T.J. Eisenhart, whose distinctive fashion statements and outgoing personality have quickly led him to becoming a fan favorite. “On this team, I’m able to be 100% me and not hold back, and that translates to my riding. The team respects that, and it’s why I’ve had a lot of success this year.”

“We’re all about making memories,” concludes Craven. “We’re at the events to enjoy the location, the race, the competition, each other, and the lifestyle. With plans for the team advancing to Pro Continental, we’re excited to do this more, excited for the new adventures and opportunities available. I can’t wait to take this crew to the next level.”

Details on Holowesko|Citadel’s roster and sponsors will be announced in the coming weeks. 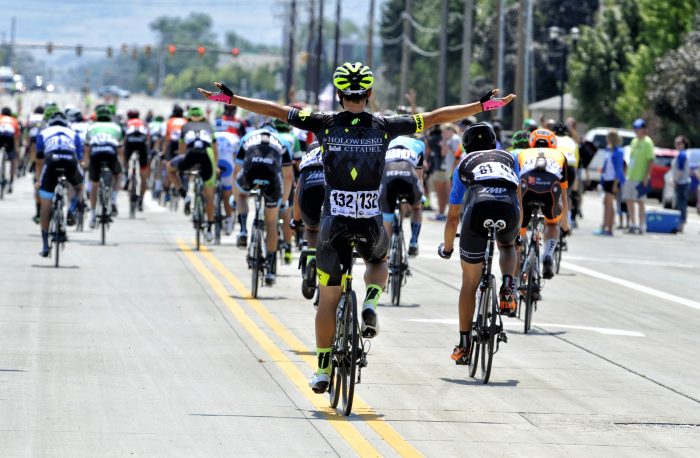 A Must Read For Every Roadie