Holowesko-Citadel Step Up to Pro Continental

Press Release: Holowesko|Citadel p/b Arapahoe Resources is proud to announce that UCI has approved their application to become a UCI Professional Continental Team for the 2018 season. This confirmation comes on the heels of a new partnership with Arapahoe Resources, as well as the hiring of two additional directors: Bobby Julich as Performance Director and Radisa Cubric as Second Director. The team has also secured spots for all 16 of its riders for the 2018 team.

Returning to the team are Miguel Bryon, Ruben Companioni, TJ Eisenhart, Andzs Flaksis, Andrei Krasilnikau, Joe Lewis, John Murphy, and Brendan Rhim. Eisenhart, who came to the team in 2017, made a name for himself last season with his strong performances in Colorado and Tour of the Gila, as well as the overall GC title in Redlands. Murphy, who claimed a number of titles at Speed Week, the Tour of Utah, and Colorado Classic, is bringing his speed to the team for another year.

“I’m excited to have this great group of guys return for another year on the team,” says Chief Sports Director Thomas Craven. “TJ is a great climber, and Miguel has shown great skill in delivering Murphy to the front at the perfect time. The team will be even stronger this coming year with the addition of some other key players.”

New to the 2018 squad are Nicolai Broechner, a native of Denmark who comes from Riwal Platform, as well as Fabian Lienhard, a Swiss cyclist who was previously on Team Vorarlberg. Also joining Holowesko|Citadel are Evan Bybee, Andrew Dahlheim, Grant Koontz, Morgan Schmitt, and Brayan Sanchez and Bryan Gomez, both Colombian cyclists.

Bobby Julich, Performance Director, elaborates on a couple of the cyclists new to the team: “Fabian is going to fit perfectly with our team; he’s already friends with a few of our returning riders, and he’s one of those guys who is dependable in a variety of conditions. As for Nicolai— he has great past experience racing in the United States, and I believe he has a lot of potential in the one-day races. I look forward to passing along my experience in time trialing with him.”

“We have a strong group of guys for our first year as a Pro Continental team,” says George Hincapie. “These riders, paired with our new partnerships and additional leadership, give us a

promising start for the 2018 season. It’s still my dream to one day have a team in the Tour de France, and this is a step in the right direction. Rich and I look forward to welcoming everyone to the family and working with them in the coming year.”

The Holowesko|Citadel Racing Team is registered with USA Cycling as a UCI Professional Continental Team. 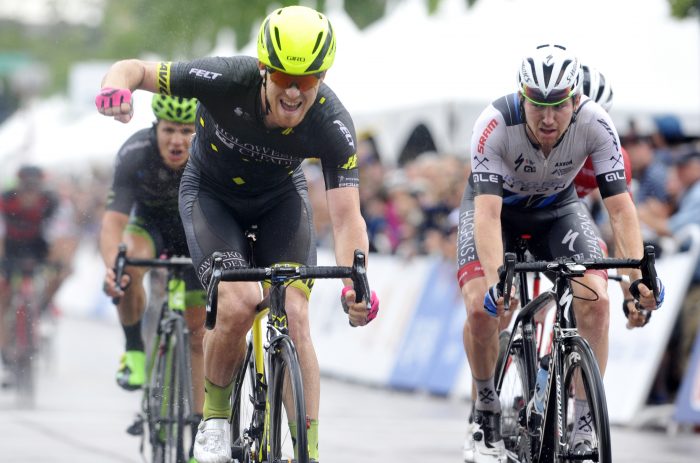